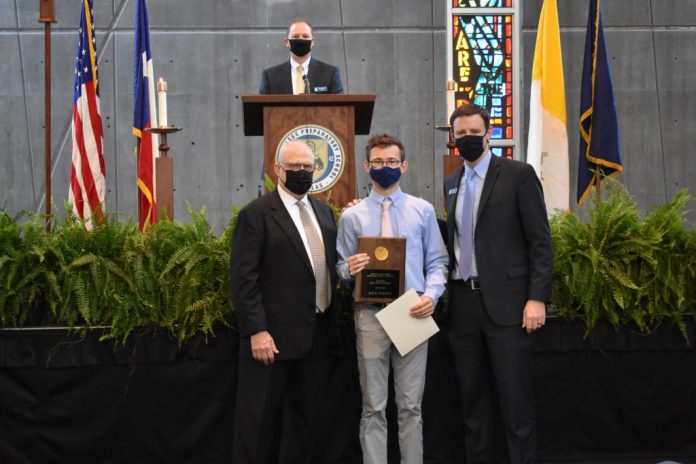 The Senior Convocation annually celebrates the senior class for their hard work and academic achievements. The seniors and their parents gathered in the Terry Center on May 7th, 2021 at 8:50 am to commemorate their completion of the 2020-2021 school year. Traditionally, the entire Jesuit student body attends Senior convocation, but the event had to be adjusted this year in order to follow COVID guidelines. Nevertheless, the following achievements of our senior brothers will not go unnoticed:

Each year, The United States Naval Academy seeks well-rounded candidates who have done well academically and athletically and have demonstrated strong character and leadership potential.

Approximately 16,000 students compete annually for one of 1,200 slots at the U.S. Naval Academy.  Appointment to the Naval Academy is equivalent to a full 4-year scholarship valued at $400,000 with tuition, books, medical benefits, and monthly salary included.  With 25 majors to offer, graduates of the Academy receive a Bachelor of Science degree, commissioning as Ensign in the Navy or 2nd Lieutenant in the Marine Corps, and will join others in serving our country in many ways, including surface warfare, submarines, Marine Corps Ground and Air, Navy pilots, flight officers, or Navy SEALS.  Shane Hatzmann and Major Kent have been accepted to the Academy. 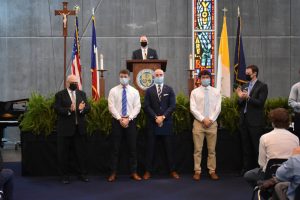 Westpoint, the United States military academy, is a college that educates, trains, and inspires the cadet so that each graduate is a commissioned leader of character committed to the values of duty, honor, and country. Each year, West Point admits 1,300 cadets from approximately 12,000 applicants. Appointment to the Military Academy is equivalent to a full 4-year scholarship valued at $400,000 with tuition, books, medical benefits, and monthly salary included. Graduates receive a bachelor of science degree and one of the forty-five majors offered and are commissioned as second lieutenants in the US Army. West point graduates will join others in serving our country in one of the army’s branches. Marshall Neri has been accepted to the Academy. 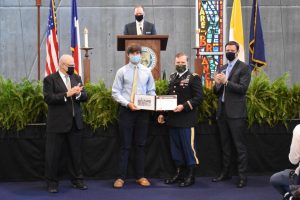 The Hearts on Fire Award

The office of Campus Ministry fosters religious growth in light of Catholic
tradition and the vision of St. Ignatius of Loyola by supporting all members of the
Jesuit Dallas community in their call to proclaim the faith, promote justice, and
grow in their personal relationship with Jesus Christ. When St. Ignatius sent forth
his men of the society to carry on the mission of Christ, he told them to “set the
world on fire!” Campus Ministry would like to recognize the following seniors
for their dedication to ministry during their time at Jesuit, hoping they too set the
world on fire.  The Hearts on Fire award is presented to: 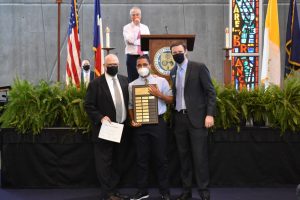 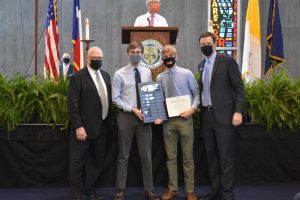 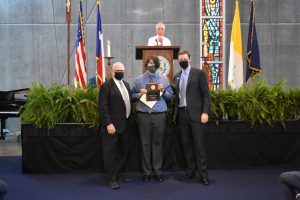 The Senior Magis awards are given to seniors who, in daily ways, give the magis,
“the more,” to their community.  These students, in studies, in relationships, and
in support of Jesuit, have gone beyond the ordinary.
This year’s Senior Magis Awards are presented to: 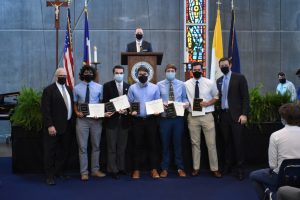 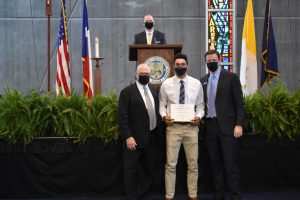 The Ad Astra Award recognizes leadership in creating new initiatives in
community service and the development of new programs to serve the Greater
Dallas community.  Ad Astra is a Latin phrase meaning “to the stars.”  The
following students have gone above and beyond in their efforts to serve the
Community Service and Social Justice program. They will wear their medals
during the graduation ceremony. The Ad Astra Award is merited by: 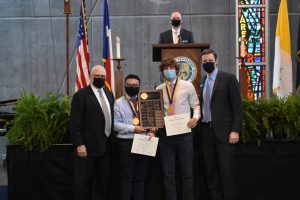 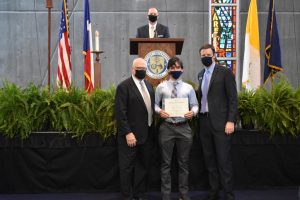 The Man for Others Award

The Profile of the Jesuit Graduate states, “at graduation, the Jesuit student, well
on the way to establishing his own identity, has also begun to move beyond self-
interest and self-centeredness in human relationships.”  The Jesuit ‘Man for Others’ Award, voted upon by the faculty, is given each year to students who exemplify, in their words and actions, what it means to be a Jesuit student who has moved beyond himself.  This year we honor three seniors who have demonstrated in their dealings with others, the ability to give of themselves selflessly. 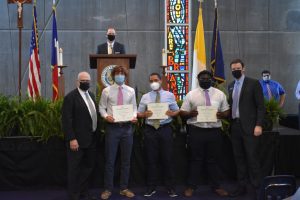 Each year, the Jesuit Schools Network announces the recipient of an award to be
presented in each of the 52 Jesuit high schools throughout the United States.  In
the words of the JSN, “this award is to be presented to the member of the
graduating class who, as a man for others, models the ideal profile of a graduate
of Jesuit education:  a well-rounded person who is intellectually competent, open
to growth, religious, loving and committed to doing justice in generous service to
the people of God.” 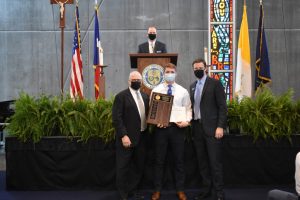 Jesuit’s highest award for outstanding achievement is named after His Excellency,
the late Joseph Patrick Lynch, Bishop of Dallas, who invited the Jesuits to open a
high school in Dallas in 1942.  It is awarded to the graduating senior, judged by
the faculty to be most representative of Jesuit College Preparatory School, and
most responsive to the influence of the school.  This award is in recognition of
scholastic achievement, combined with character, leadership, participation in
extracurricular activities, and service on behalf of the school and the wider
community. The Bishop Lynch Award is presented to: 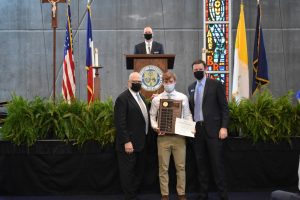 Stay tuned to The Roundup for updates on the Underclassmen and Junior convocations!