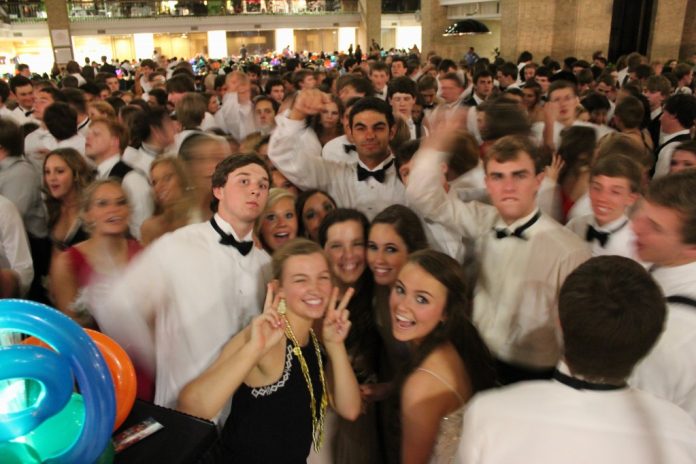 Last week was prom, and I had mixed feelings. Here is Andrew Frank’s review of Prom 2013.

Music/DJ
This is perhaps the most important aspect to prom– the music. Yes, yes, I know– people like complaining about the DJ or the music, but for me it really just didn’t cut it. I liked the attempts to bring back some of the classics (like Big Poppa by Biggie Smalls), but DJ “Smoves” was unfortunately disappointing. You cant just go to another song right before the drop in Party in the USA by Miley Cyrus. And other mixes were unpleasing. All that aside, a live band is always better. 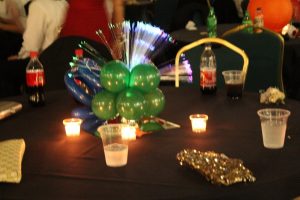 Venue
The venue is a relatively small part of the Prom experience, but nonetheless, the World Trade Center on Stemmons Freeway was a great pick. It was more than spacious, had a fountain pool in the middle of the floor (which is always a good thing if people don’t fall in it), and it’s interior was stunning, especially with the glass roof.

Date
I cannot emphasize this enough- the date was terrible. No matter how good Prom might’ve been, it’s almost unfair to schedule it on the same day as both Edgefest and Meltdown. Granted, it is very difficult to find a date without major conflicts. However, not only are these two music events some of the best that are in Dallas, but it should have been expected that both of these events would take away from the number of students (especially seniors) attending Prom.

Food
Started with a side of Caesar salad, along with Chicken breast, pasta dish, roll, and essentially the soda of your choice. I can’t believe I’m 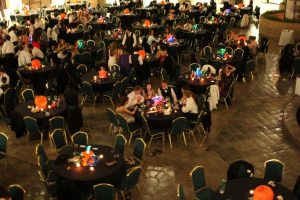 saying this, because this never happens, but the food wasn’t all that bad. In fact, it was pretty good. The Caesar salad was crisp and fresh, the chicken relatively tender, and the pasta dish passed expectations and ended up being the best side at dinner. Serving for a group of hundreds of people is difficult no doubt, but this year, they pulled it off.

Theme
Space jam was great. End of story.
Other
Obviously a big fan of Mr. Donahue and Mr. Garrison by the front door welcoming in guests- really adds to the sense of Jesuit community. It 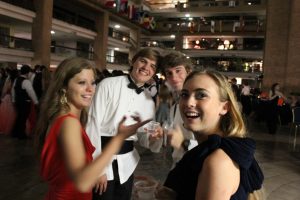 was also great to see that such a large group of the Jesuit-Ursuline community could come together to have a lot of fun without incident. While there were some things I would’ve liked to see different, at the end of the day it was all about coming together as a community for my, and all the seniors’ last prom. Great way to end the year, and thank you to everyone in Student Council or anyone else who helped plan this solid event. 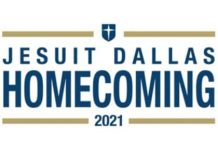 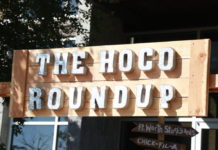 Juniors and Seniors Dance The West Away at Homecoming 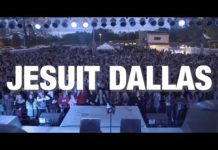 Homecoming on the Horizon