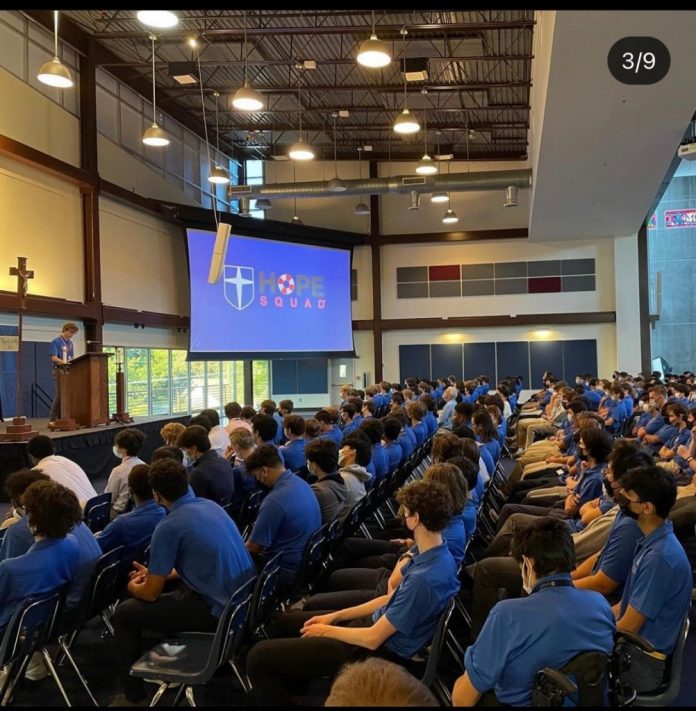 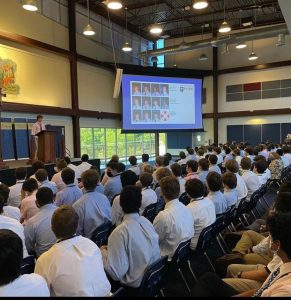 Due to social distancing in the Terry Center, the first prayer service consisted of seniors and freshmen, while the second prayer service was attended by sophomores and juniors. The Call to Worship was led by Joey Trigiani ’22 and Gustavo Aldrey ’24. Both Hope Squad members recited Proverbs 12:25 and then introduced the topic of the prayer service, “Today’s Prayer Service is about a gift that Jesuit brothers can give to each other — a kind heart. Members of the Jesuit Hope Squad will be presenting their thoughts about brotherhood and about an opportunity to be present to your brothers.

The following were key takeaways from the Reflection on Hope Squad’s Cura Personalis.

“The mission and goal of Hope Squad are the following: To prevent suicide through public awareness and education, reduce stigma and serve as a resource to those touched by suicide.

“Hope Squad members are trained to be aware of their peers and watch for warning signs. They learn to show empathy to their peers, listen without judgment, and reduce the stigma regarding help-seeking and mental illness. ”

Hope Squad’s areas of focus are the following: Safety, connectedness, bullying prevention, mental wellness, reducing stigma, substance abuse prevention. These align with the care for the whole person which is a Jesuit value known as Cura Personalis.

Hope Squad members played a brief minute and a half video explaining who they are and how they operate.

After the video, Hope Squad members presented five reflection questions, the Prayers of the Faithful, and the Prayer for Generosity.

“Advisors are tasked with reviewing the nominees and selecting HOPE squad members that represent a wide variety of demographics, grade levels, extracurricular involvement, and other considerations.”

Following the communication from a Hope Squad member, the student body was asked to nominate three students who represent these qualities through a Google Forms link.

Overall, The Hope Squad did an excellent job at presenting who they are and what they do for students and the facility.

Stay tuned to The Roundup for more information about Hope Squad! 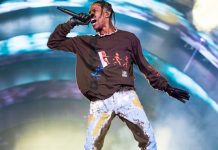