More
JesuitRoundup.org is brought to you by:
Joan A Degen    Carl & Theresa Motter
Academics Science What Does It Mean To Be Human?
Facebook
Twitter
Email
Print 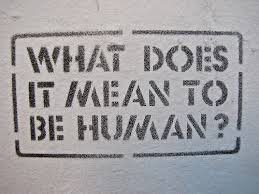 Open to all students, the presentation took place last week on May 1st during the lunch periods in Hughes Hall and started off with a quick survey with questions about human experiences like, “What makes something beautiful?” or, “Why do humans help one another?” “How do we achieve happiness?” Most of the students chose the scientific answers, replying that beauty is what is appealing to the eyes, that we help one another to increase our own chance of being helped in the future, etc.

After this, Dr. Gruninger, who teaches freshmen biology and senior science classes at Jesuit, introduced the four categories of human life that we all experience, defining and comparing them from the each side of religion and science: beauty, selflessness, guilt, and happiness. “We wanted the presentation to avoid the allusion of objectivity and take its starting point at common experiences that all human beings feel,” says Mr. Pitts, a third year Jesuit scholastic and math teacher. While Dr. Gruninger discussed these topics from as he called it “a naive scientific perspective,” Mr. Pitts spoke from the “naive religious perspective.”

From the scientific standpoint, these four aspects are all about survival; according to several scientific studies, 70-90% of men find beauty in things and people that have symmetrical physical characteristics because “they are a healthy, suitable mate,” states Dr. Gruninger. He continues onto happiness, saying that “happiness is something synthesized by the body,” and also how guilt tells us not to do that again because it threatens survival.

Mr. Pitts then challenged these ideas with the radically religious ones. “A strictly Catholic perspective says humans can find happiness and beauty through God and his works… guilt is us falling astray from the Lord’s plan… and we are selfless because He commanded it so and are created in His image.”

They made it clear that these viewpoints are not inherently bad or wrong by themselves, but they can be. For science, without some spirituality or higher calling, it can become “without purpose” or try to “create a false objectivity. It is virtually impossible for us to step outside of ourselves.” Mr. Pitts pointed out that the line between a saint, who hears the word of God speaking to him or her in their minds and in visions, and a crazy person, who also hears voices, “is very thin.” Being strictly religious in the human aspect of guilt, happiness, and others “can be very dangerous.They are sometimes willing to do anything ‘for God’ and don’t question anything simply because ‘God said so. For example, it could be like strapping on a bomb because God told you, or staying in an abusive marriage simply because divorce is against God’s plan so this must be good,” says Mr. Pitts.

After these two exclusive views on humanity, they offered a third option: the viewpoint of Ignatius, combining religion and science to “provide a more complete understanding of the human experience,” says Mr. Pitts. “Often times the academic subjects are separated and don’t talk to each other. School seems remote from people’s experience. We wanted to help students make connections and show how the two aren’t mutually exclusive,” encouraging that there’s nothing wrong with being scientific or religious, but by combining the two one can find an enlightened experience in their lives. A religious scientists might “see beauty in their work because they are discovering the face of God and how he created everything,” says Dr. Gruninger.

He continues with a personal story of his mother’s death from breast cancer and how through the Ignatian way he can find beauty in weaknesses. “There are two ways to look at it. I could see her pain as worthless, or that it brought all of her children together and share about the times with their wonderful mother.” For altruism, “Yes, humans are selfish. I truly believe that, but we can use that for good. We help people to help ourselves, and that is not a bad thing.”

On guilt, Mr. Pitts talks about how “it helps us form perspective and build society. Our guilt helps the community progress because it urges us to recognize the responsibility for the pain of someone else and in turn help them, increasing everyone’s survival.”

Finally, by combining both in happiness, one can see it not merely as a synthesized chemical or God’s sometimes confusing plan but as something that is “always changing, giving us a purpose and drive. It is like climbing a mountain. Sometimes we plateau when we achieve our desires and bask in them, sometimes we keep climbing for the next one.”

Dr. Gruninger states how they are not necessarily trying to radically change or persuade the students, but rather “the main goal is to get kids to think about what it means to be human. A lot of people think that science explains everything. Maybe, it can, but what we want to get people thinking about what they believe and why they do and believe the things they do, whether from a scientific and natural background, a spiritual and religious one, or both.”

For many students, the presentation had a strong impact. In the survey at the end of the presentation, many had begun to slightly change their viewpoint on some of the earlier questions. Joe Hall ’16 said that it “offered a really great mix of the two perspectives of science and theology and combined them in a way I would have never thought of, specifically the fields of psychology and human behavior. The presentation allowed me to have a more nuanced perspective on the issues. Before I was either all science or all theology. Now I am both.”

Another student, Thomas Jordan ’16, felt that the presentation opened his eyes to new ideas. “I never really gave much thought to the relationship between theology, science, and well, me. I found it really interesting how they introduced these topics from common experiences that we all go through.” 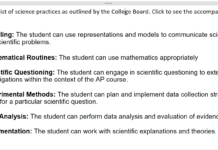 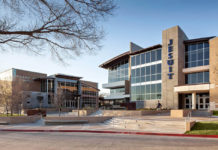 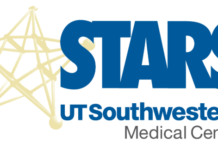