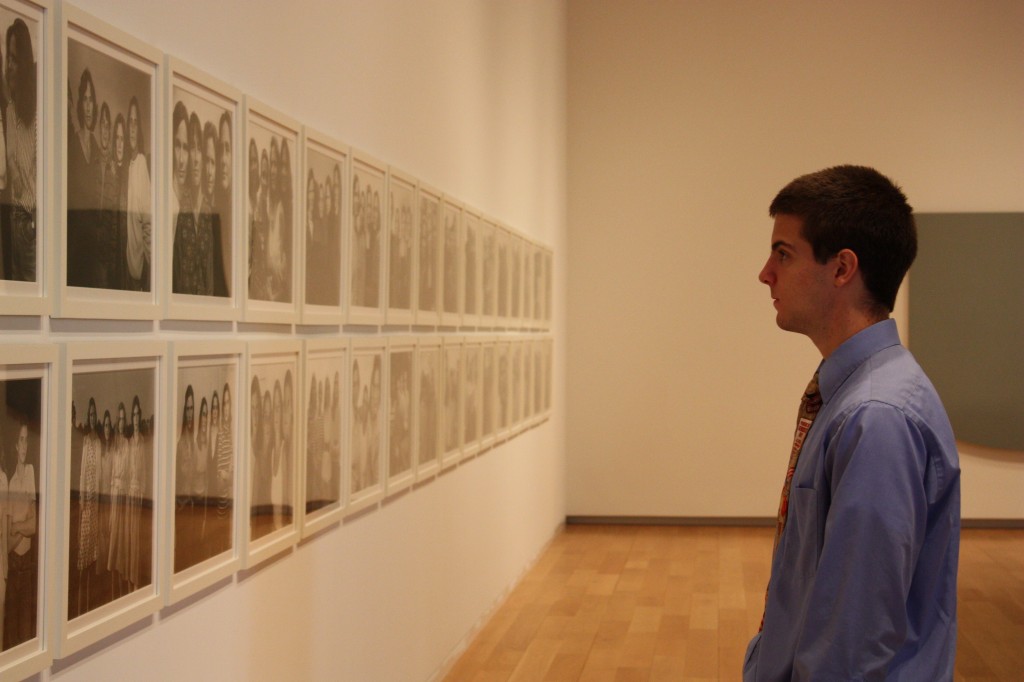 When a high school student, especially a guy, thinks: field trip to museums, the plethora of associations usually do not include, “exhilarating” or “chill,” but that’s how Ryan Blum and the Honors English Seminar class described their trip to the Museum of Modern Art, The Kimbell Museum, and The Amon Carter Museum, all in Fort Worth. 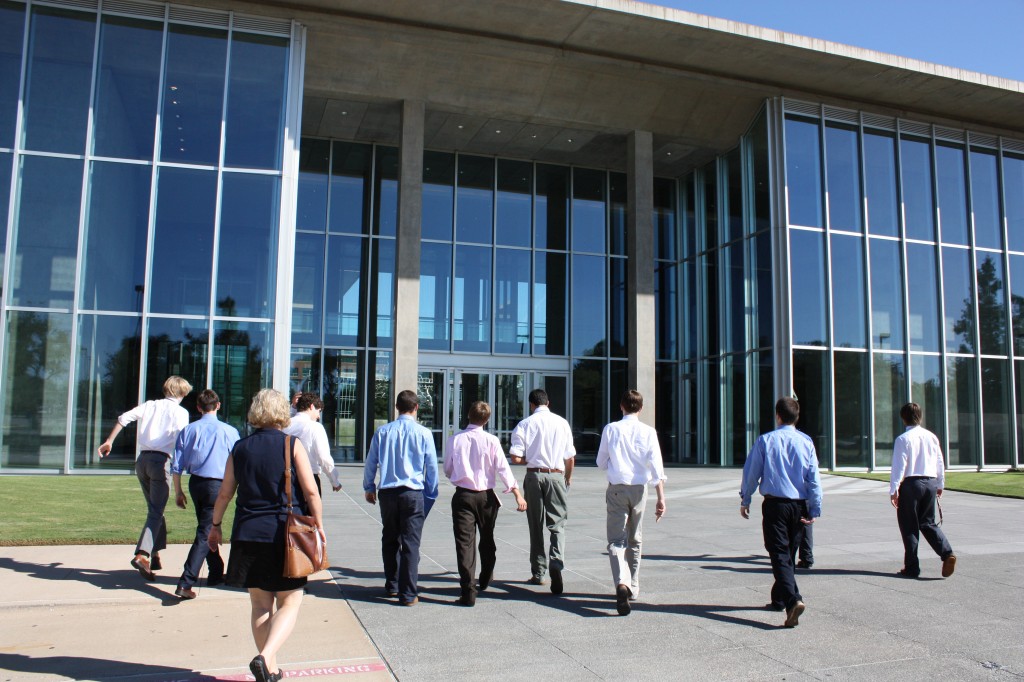 The Modern Art Museum building, the newest of the three, contains the most avant-garde and minimalist artistry of the three separate buildings and ranks as the favorite of many of the Seminar students. The layout and structure of this venue add to the effect of each piece. Square and rectangular rooms hold square and rectangular paintings of largely geometric shapes. These rooms then branch off to show still life paintings or modern sculptures in circular apertures or facing mirrors. The aesthetics and lighting energizes the entire exhibit.  Nick Baker was struck by a sculpture created from hard, cellophane wrapped candy strewn on the floor of one gallery: “It just goes to show that the boundaries of art really are limitless, and you can use anything to express yourself.”

Moving on to the Kimbell provided quite the contrast to the Modern Art Museum, as it largely focused on classical art such as Picassos and Michelangelos.  Max Montague “had no idea there were so many works from famous artists just west of Dallas in Fort Worth. We often think of art of that caliber  residing in the Louvre” not nearby. 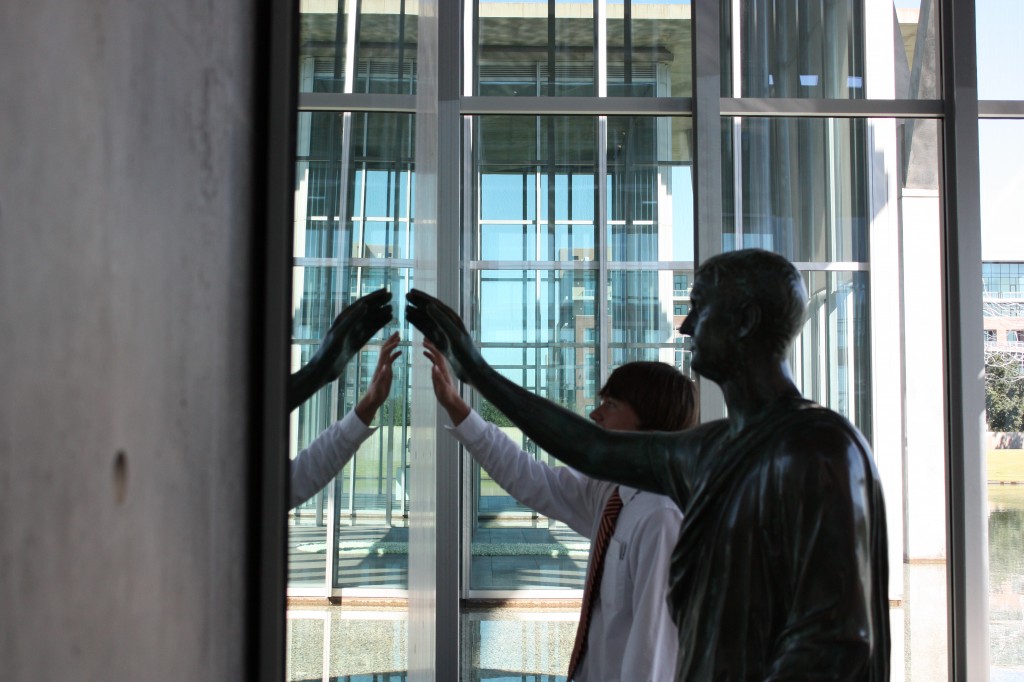 Most of the art appears to be from the Renaissance period with either landscapes like that of the Hudson River School (students in AP U.S. History will soon learn what that is) or portraits of popes and cardinals, as well as depictions of classical subjects like The Rage of Achilles or the Blessing of Jesus.

The Seminar’s final stop was the Amon Carter, an exhibition of largely western art.   The museum contains many Remington cowboys depicted in bronze and a collection of Ansel Adams’ black and white photographs of the awe-inspiring west. Neither the placement nor the architecture of this building seemed as important as the artwork itself. Paintings of a cow herd or Indians galloping across the plains highlight this museum’s focus. The subject matter is concrete in the same way the classical focuses on the real, while its presentation is far closer to that of the abstract artist.

Each of the museums provided a varying perspective on the portrayal of scenes and objects either from history or from the imaginations of the artists. No matter whether you’re a fan of Da Vinci or Jackson Pollock, the museums set out to do exactly what the Seminar class itself tries to do, see things from a different perspective. 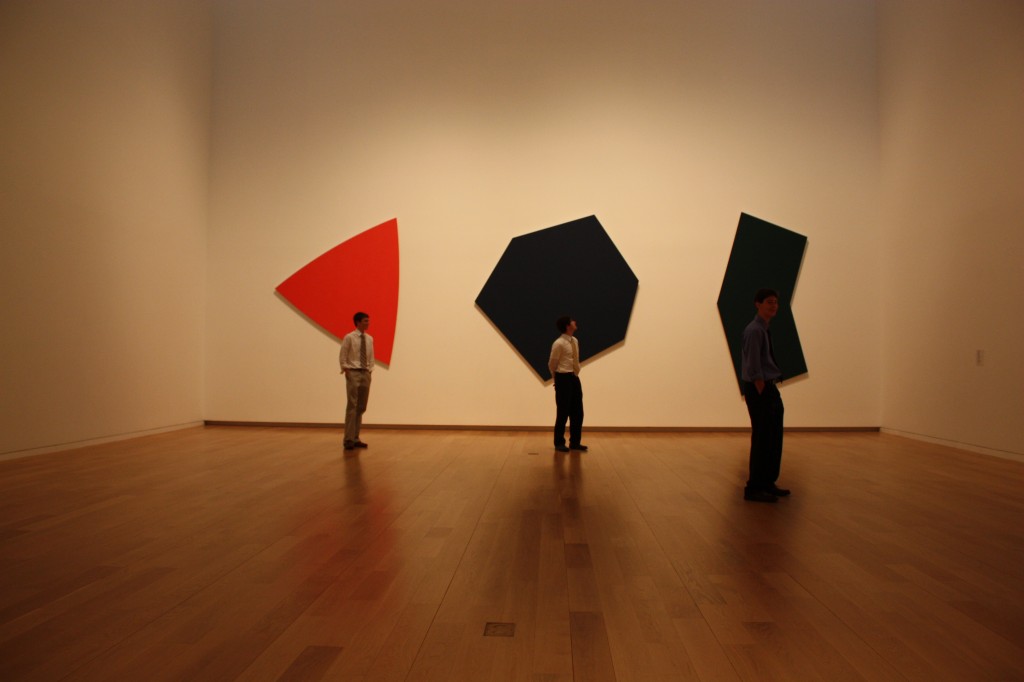 Besides the Sophomore trip to the Holocaust Museum, a huge one year endeavor by the Theology department, “a lot of times we stick to classroom learning and rarely get outside the school and see a broader view of Dallas and art from around the world,” Max Barretto explains. This year we in the Honors English Seminar have been given the privilege of reading Journalistic Literature, Graphic Novels, and the stark prose of Cormac McCarthy.  These different literary perspectives can help students think more carefully and ultimately discover the significance in three squares painted different colors. 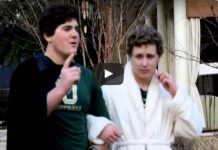 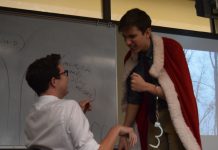