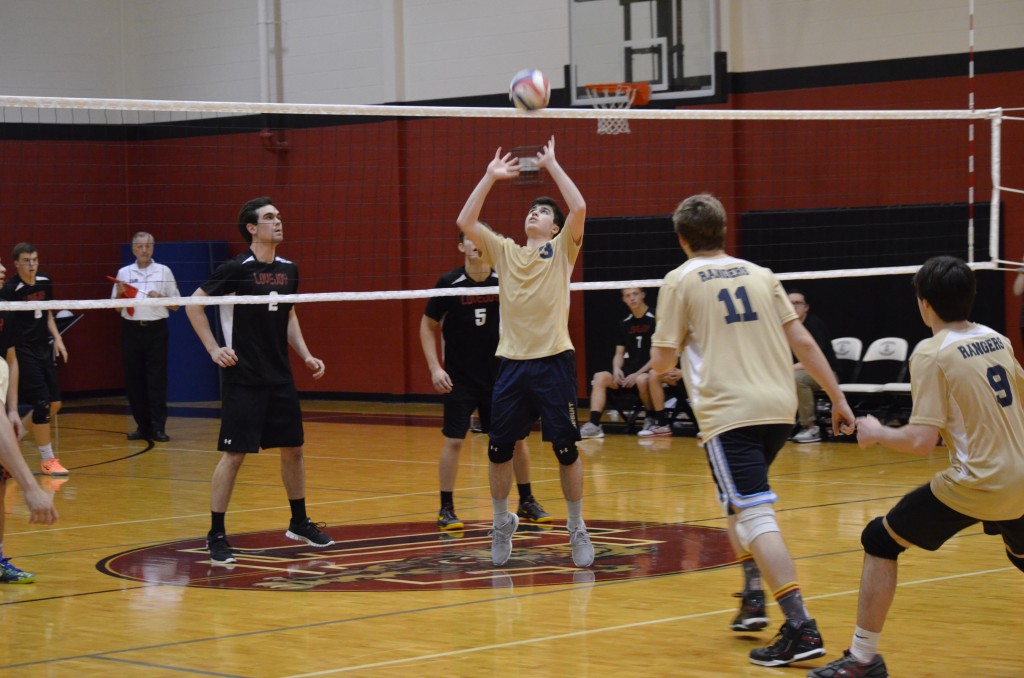 With 18 varsity sports already available, it was difficult to think that Jesuit could add yet another. It was also difficult to believe that this team would place second in the State Championship, but it did just that.

Just two weeks before the first tournament, Athletic Director Steve Koch instituted an inaugural volleyball team. Coaches Timothy Howard and Austin Nevitt were tasked with not only putting together a team, but also teaching the sport in a very short amount of time.

The team became a part of the Texas Boys Varsity Volleyball League, which included six high school teams in its first year: Jesuit Dallas, Lovejoy, Aledo, Canton, Flower Mound, and Prosper. The league held its first tournament on April 25th with the aforementioned six teams in addition to Oklahoma City’s Kaizen Volleyball Club and a team from Trinity Valley.

So many students showed up to the first few practices that the coaches were forced to make cuts and divide players into an A and a B team before the first tournament. Both Jesuit’s A team and Lovejoy went undefeated in league and exhibition play, setting up a rivalry that would be settled in the State Championship.

The B team saw great success, too, finishing 3-3 on the year, with one of those losses coming from Jesuit’s A team. Bennett Smith ’16, one player on the B team, noted the “very rigorous practices,” which contributed to the team’s success. He also said that “Jackson White ’15, Brendan Legas ’15 and Ben Horton ’15 emerged as senior leaders,” and inspired the younger players.

For the playoffs, however, Jesuit was only allowed to send its A team, which only suffered one loss in the regular season, so as to prevent a matchup between both Jesuit teams in the championship. Jesuit and Lovejoy earned first round byes. Jesuit, the two seed, then defeated Prosper, the three seed, to advance to the championship.

On May 12th, the Jesuit Rangers squared off against the Lovejoy Leopards in the championship game and unfortunately finished with a loss. They lost in three straight but close sets: 21-25, 19-25, 19-25.

Some of the standouts on the A team included Dominic Priolo ’16, Aedan Quinn ’16, Clay Phillips ’16, and Jackson White, all of whom made the First All State Team. Brendan Legas and Ben Horton also received honorable mentions.

Phillips explained what led to him joining the team: “I actually had no idea that [the team] existed until a friend mentioned it during a free period. I thought he was joking, but I looked it up on the Jesuit Athletics website and, sure enough, there it was, so I contacted Coach Koch and signed up.”

When asked how he felt about the team’s performance, Coach Howard said, “I think the team did very well this year. We only had two weeks to put together our roster and prepare for our first tournament, and by the end we were one of the strongest teams in the league.”

As far as the future of the program, Howard is excited about how the team will have more time “to develop and improve in areas that we simply did not have the time to focus on this year.” He also said, “I want to keep this thing going. To have so much success in the first year was a blessing. As the league continues to grow and expand around the state, we want to stay competitive as a top team in the state.”

With the loss of many seniors, the team could still use many athletes, so contact Coach Howard or Coach Nevitt if you are interested in joining the team, which may be competing over the summer.