More
JesuitRoundup.org is brought to you by:
Home Academics Math New Math Club at Jesuit 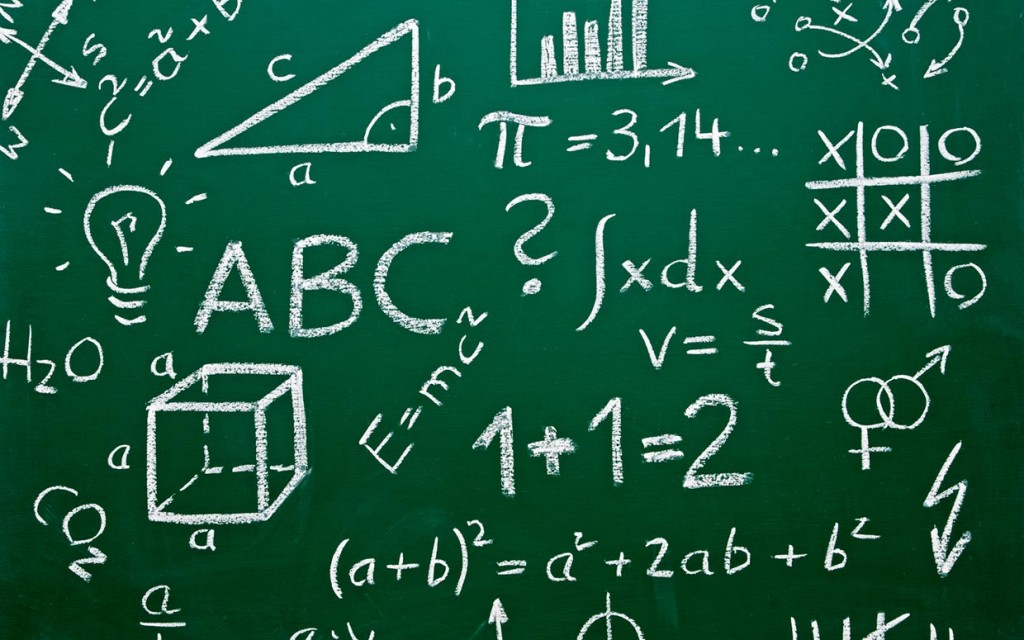 Jesuit is a place of intellectual growth. While some people enter their freshman year disliking math, many come to enjoy it by senior year. Moving from algebra 1 and in some cases all the way up to calculus, the Jesuit graduate will see a wide variety of math in his four years. Although many consider math to be confined to the classroom, Jesuit students will soon have the ability to explore a variety of math interests outside of it.

Next year, the new Math Club will offer students the opportunity and resources to see the fun side of math outside the classroom. Moderated by Mrs. Tricia Gerber, the club will focus on organizing Pi Day, competing in academic competitions, looking into math enrichment opportunities, and helping the community through math. The club will host its inaugural meeting on May 20th in room A203.

The Math Club has existed in the past years under the name “UIL Math,” placing well in recent years’ competitions. However, the club, know simply known as the “Math Club,” will join Mu Alpha Theta, a national organization dedicated to hardworking math students who want to reach beyond expectations in math. This club will allow students to explore their interests even without competition.

Mrs. Gerber has helped the team prepare for competitions in recent years but also enjoys seeing students learn new things for the sake of learning. “My favorite part of Math Club is when we come to some question about mathematics that not everyone understands,” she said. “Especially when that question involves material that most students haven’t seen in math classes yet, like calculus ideas, or when it involves tidbits of math that you would never see in a high school curriculum unless you were in a club like ours.”

Each week on Wednesdays, the Math Club will focus on specific themes. One group might focus on UIL math tests while others might focus on tutoring. Commitment to each theme is not required, and Math Club will accommodate busy schedules. Math Club aims to help students explore new ideas, new concepts, and master skills that help both inside and out of the classroom.

Senior Michael Lanham likes the change in direction the Math Club will soon take: “While I have certainly enjoyed my three years as a part of UIL Math, I understand that these competitions are not for everyone. I think the idea of opening the club to a larger portion of the student body will really help get things rolling. It can be surprising to see how many people like math when it is presented in the right context.” With a wider variety of activities, more students can pursue involvement in the club.

Mrs. Gerber also expressed hope for the growth of the club, saying, “I hope to gain more members! I know there are a lot of guys out there in the Jesuit community who like math or are really good at math. We want to help students gain a love of math that goes beyond the classroom. We’re really excited about growing a forum where the conversation about math stems from interesting problems and natural curiosity rather than test scores.” Taking a different approach to math, students will be able to explore new concepts in ways that the classroom setting may not have provided. Mrs. Gerber commented, “I’m excited about giving people opportunities to get involved in math beyond UIL, such as Pi Day planning as well as tutoring just to help us get more brains and more curiosity in the room.”

Junior Jose Rivera, a current Math Club member, reflected on this year and expressed his excitement for the new layout of the club: “This year, I liked the no stress environment towards competing in competitions. Despite the common notion that one must be a ‘math wiz’ to join, this club seemed more like an opportunity to learn more about math and have fun doing it.” Rivera competed in the UIL competitions in April and looks forward to the new dimensions of the club, stating “I like that this coming year you will have options to choose from, allowing each person to choose the role that suits them the best.” said Rivera

Other members expressed their high expectations, hoping to see the Math Club make an impact in the community. Lanham said, “I think the club is definitely headed in the right direction. It’s a good group of guys and Mrs. Gerber does an awesome job. I expect big things from them next year.”

As she reflected on the future of the club, Mrs. Gerber reminded, “Math is not about learning a skill that you ‘just need to know’ for the next math course. Math is not about factoring polynomials. Math is not about doing the same problem over and over again with different numbers. Math is – in the words of arguably our most passionate Jesuit mathematician, Alonzo Espinosa Dominguez ’16 – ‘the poetry of the most “precise-able” ideas.’ Math is about wondering… I hope you will come and wonder with us!”