More
JesuitRoundup.org is brought to you by:
Home Viewpoint Sports Opinions National $CAM 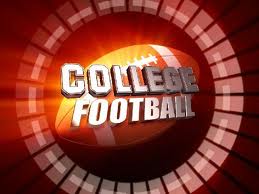 Cam Newton adds another trophy to his case–and another college football title– accompanying the one he won with Florida two years ago and the one he earned in his Junior College championship at Blinn College.

Carrying the team for most of the season, Newton was glad to share the glory with freshman running back Michael Dyer, whose 37 yard run put the Tigers in field goal range and in the driver’s seat for the National Championship. In a matchup between the two most explosive offenses in all of college football, the game was ultimately decided by the kicker.

Oregon came into the championship averaging over 300 rushing yards per game, best among all FBS schools. They had been held under 35 points only once and operated at a lightning-fast pace, as their average scoring drive took a mere two minutes. Led by the nation’s top rusher, LaMichael James, a 2010 Heisman Trophy candidate, the Ducks’ ground attack was a force that no team had been able to slow down all year. Auburn’s offense compiled gaudy numbers of their own however, with the nation’s most dangerous dual threat quarterback at the helm of a potent offense that could score on the ground and through the air. Newton became only the third player in the history of college football to run and pass for 20 touchdowns, joining Nevada quarterback Colin Kaepernick and Florida legend Tim Tebow. With the best player in the nation and a solid ground attack featuring Michael Dyer, Onterio McCalebb, and Mario Fannin, Auburn’s offense made names for themselves by scoring over 49 points seven times, including 56 points in their SEC Championship victory against South Carolina. Both offenses were considered among the best in college football while both defenses faced constant speculation.

The general consensus was that this game would be a shootout, something along the lines of a 38-35 game, as the over-under on points had been set at 73. However, Gene Chizik, a defensive minded coach and former defensive coordinator at Texas, used the 40 day layoff between games to prepare a scheme that would stop the Ducks’ ground game and force them to beat the Tigers through the air. Meanwhile, Oregon’s Chip Kelley, the 2010 Coach of the Year, responded to the task of shutting down Cam Newton by implementing a defense designed to confuse the young quarterback and make him indecisive in the pocket. Both coaches’ strategies worked to perfection, as both offenses struggled mightily throughout the game. Oregon’s LaMichael James could muster only 50 yards, well below his season average of 152, while Newton was knocked down all night and held to only three yards per carry. With both teams’ superstars quieted, it was imperative for someone to step up and take on a larger role.

Oregon’s Darron Thomas eagerly accepted the call to carry his team through the passing game, throwing for 363 yards and a pair of scores. While his two interceptions and questionable decisions in the option game hindered Oregon’s ability to score early, Thomas engineered an eight play, 40 yard drive that culminated in a two yard touchdown pass to LaMichael James bringing the Ducks to within two. On the next play, Thomas found Jeff Maehl, the Ducks’ leading receiver, for the game-tying two point conversion. After tying the game, Oregon kicked off and needed to stop Auburn’s last drive in order to force overtime. With all eyes on Cam Newton, Michael Dyer gladly took over.

After a Cam Newton pass, Dyer took the handoff and burst through the middle of the defense for an apparent eight yard gain. After Eddie Pleasant threw Dyer to the ground, or so it seemed, both teams stood looking at each other wondering if a whistle had been blown. Realizing the play was still alive, Dyer took off for 30 more yards to the 23 yard line. Dyer got the call once again and carried the ball to the one yard line, almost guaranteeing an Auburn victory. After a failed rush attempt by Newton, Auburn’s Wes Byrum, the leading scorer in Auburn history, kicked a game winning field goal to give the Tiger’s their first title in 53 years. With no time left on the clock, Auburn secured another national championship for the SEC, the conference’s fifth in a row. It was truly a joyous moment for the Auburn players and fans, and one that will be remembered by them forever. However, this national championship may be remembered by the rest of the nation for completely different reasons.

Earlier in the year, the NCAA launched an investigation into the recruitment of Cam Newton after certain SEC schools let it slip to the media that he may have received improper benefits. The investigation soon turned ugly when it was discovered that Newton had apologized to Mississippi State via phone call, stating that he couldn’t go to school there because the money at Auburn was “too much to turn down.” The NCAA ruled that Newton’s father, Cecil, had indeed asked Mississippi State for money in a “pay to play” program that would have netted the Newton family as much as $200,000. However, the NCAA failed to find evidence that Auburn presented the Newton family with any money or other improper benefits, and so Cam was allowed to keep his eligibility. The investigation is currently ongoing, and the FBI has taken an interest in several banks in Newton’s hometown that could possibly be the resting place for the scam money. Coming only two years after USC’s harsh penalties, Newton could be forced to forfeit his Heisman trophy, and Auburn its national championship. In all likelihood, that would mean that the 2011 BCS National Championship never existed, and with TCU occupying the number two ranking behind Auburn, the Horned Frogs could be awarded their first national championship since 1938. Whatever events unfold next, it has been a roller coaster ride for the nation’s best player, ending in a well deserved championship.