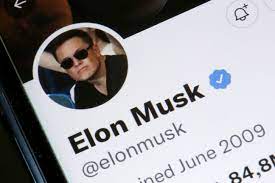 Recently, world-class billionaire and social hero Elon Musk made the groundbreaking announcement that he will purchase the major social network corporation – Twitter Inc.

Musk is expected to serve as a temporary CEO for Twitter as he completes the 44 billion dollar purchase of the social media company. A United State Securities and Exchange Commission Filing on Thursday revealed that Musk secured roughly 7 billion dollars in commitments from investors to buy Twitter from hand-picked individuals to friends.

The current CEA Parag Agrawal had only led the company for a few months – until now, it isn’t clear whether Musk’s takeover would lead to a complete overhaul of the leadership.

“Once the deal closes, we don’t know which direction the platform will go,” Agrawal reports to CNBC.

Musk, who is the CEO of two rising tech companies Tesla and SpaceX, has led several presentations on investing, which experts believe are tied with his recent decision to purchase the multinational corporation.

“I assume [Musk is buying Twitter] because he has some genuine set of political and social beliefs about how Twitter should be run, and he feels like it isn’t being run that way.” – Matt Levine, a Bloomberg Opinion Columnist stated.

Indeed, there are many controversial opinions regarding the social network company as allegations of user-base toxicity and the famous “canceling” of certain politically incorrect opinions run free on the platform.

“I also think he gets a lot of pleasure and Utility out of tweeting and wants it to be optimized for his use. The value of his company is enhanced by his being a very strange public figure on Twitter, and so he clearly sees a lot of value in tweeting”

There are certainly many benefits to gaining a bigger following on a World-class networking website. As he juggles two multi-billion dollar companies on his own while reportedly working 100-hour weekly shifts, it’s not surprising that the tenured engineer might desire a break in a cesspool of toxic high school dropouts.

“I don’t know how serious he is. I don’t think his plan for Twitter is to turn it into a subscription-only service, but what do I know? He’s not the first person to notice that this is a hugely influential product with a somewhat lackluster business. I think it’s a genuinely hard problem – but, you know, he builds rockets and stuff. He might be looking for another hard problem to tackle.”

Whatever Musk’s motivations are, he certainly is known for his surprisingly bold ideas in business and investing. This is the man who invented reusable rockets, tunneling machines for a global network of underground roads, and even a brain-computer interface to communicate via brain cells. Some of these projects are more focused on the long term, but we can certainly expect something amazing from the world-famous billionaire.