More
JesuitRoundup.org is brought to you by:
Home Profiles Faculty & Staff More than 40 Years of Inspiring Doctors 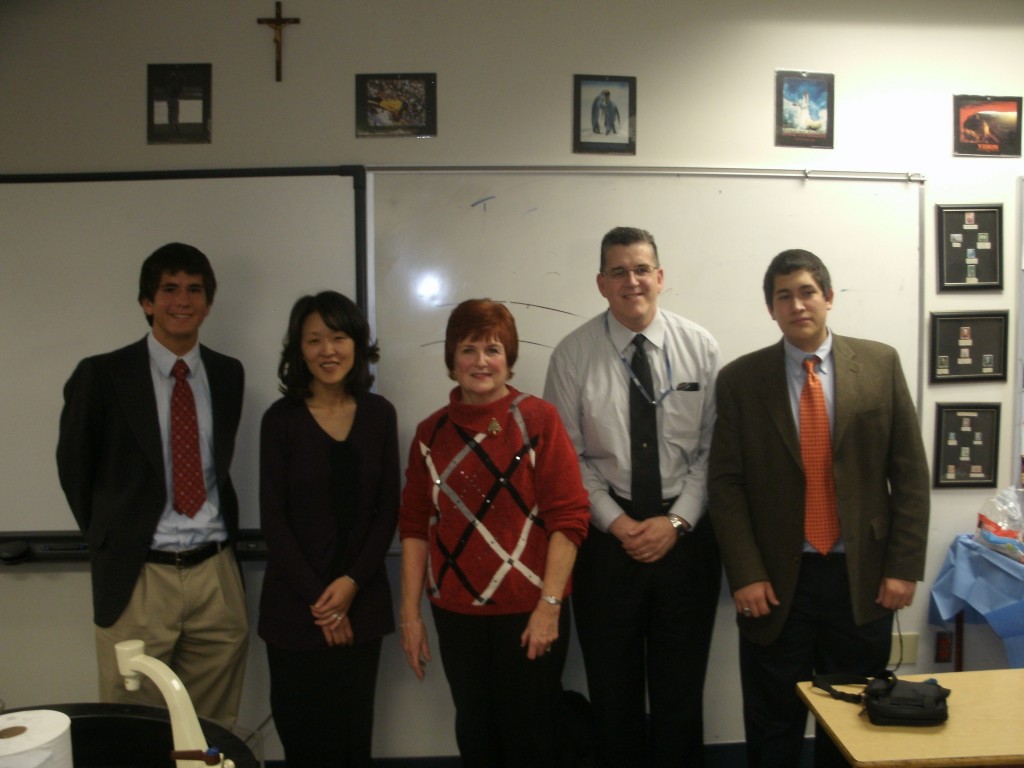 Whenever a Jesuit student thinks of red hair and biology, only the famous Mrs. Jones could come to mind. Teaching biology throughout her many years at Jesuit, she is known to most students as the guiding light of medical society, an outstanding biology teacher, or the lady who will convince other students to buy medical supplies for the annual Guatemala trip; however, her influence at Jesuit has impacted many more lives than the amount of Jesuit alumni in the world today.

Mr. Max Von Schlehenried, a Jesuit Alumnus and current physics teacher at Jesuit, proudly proclaimed Mrs. Jones’ positive influence in his life. 13 years ago, Mr. Von met Mrs. Jones through medical society, and since that introduction, the two have kept an ever-growing friendly relationship. Keeping in touch through email, Mr. Von gained unlimited knowledge and wisdom from the previous mentor. This came in handy for a medical society mission trip to Africa where Mrs. Jones asked Mr. Von to accompany a group of medical society students to act as a guide and translator. One of his funniest memories, “moving mattresses in the middle of the night” with her due to an infiltration of bed bugs will stay with him forever. After this trip, Mr. Von contemplated his profession, and despite the completion of a pre-medicine track saw his true calling as an educator. “She influenced me to become a science teacher” said Mr. Von. “She has been one of the most important people that has impacted all aspects of my life.” Mr. Von represents a prime example of Mrs. Jones’ influence, and with her guidance, has thrived as an educator at Jesuit, forming men through Jesuit teaching. 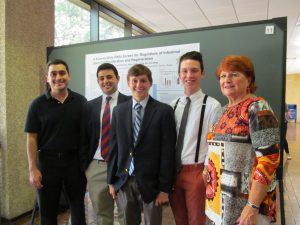 Jesuit students have the luxury of interacting with Mrs. Jones almost every day. Sean Howard ’16 was not only taught by Mrs. Jones in his fifth period freshman biology class, but he also gets to talk with her every day as the president of medical society. His favorite part of the class, starting a new chapter, kept him engaged and inspired him to take a closer look at medicine as a possible profession. In order to gain experience in medicine and learn more about the field, Howard joined the medical society. Throughout his years working with Mrs. Jones, he learned the importance of organization and patience. Her ability to “stay on top of things and stay on time” has taken effect in his life, for the habits have began to rub off on him as well. When asked about his funniest memory of Mrs. Jones, Howard replied, “When Mrs. Jones dived for the [base]ball and got Mrs. Boyle out ” during a friendly game of baseball at Dallas Christian Ministries, a weekly service site available for all medical society members. Alejandro Rey-Hippolito ‘16, the new vice-president of Medical society, also mentioned the same exact event when prompted for a memorable moment. “Her laugh and her Crimson locks” is what Rey-Hippolito will miss most about the beloved biology teacher. One of the most important lessons she taught him, the importance of hobbies and activities outside of school, now takes a big part in his life as he puts a greater emphasis on music and art. Just as she influenced Mr. Von’s life, Mrs. Jones also shapes the lives of current Jesuit students to see them achieve success in the world. 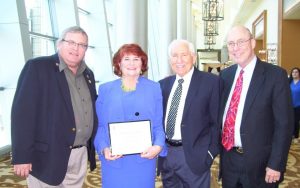 Although Mrs. Jones has influenced many students’ lives, she has also affected the lives of the faculty members at Jesuit. Mr. Earsing, the current president of Jesuit, said his most cherished memory with Mrs. Jones, the daily morning meetings where the two drank warm cups of coffee and discussed chemistry and biology, supersedes all other memories, and will be treasured in his heart. He further went to say that she is “the single teacher who had greatest impact of creating physicians, dentists, physical therapists, and anybody in the medical field” at Jesuit due to her passion for teaching biology and her creation of the Medical Society. Mr. Earsing elaborated this by accrediting her passion to her unique ability to recreate herself. He explained how this skill helped to keep the biology curriculum new and fun for incoming freshman. Another faculty member, Mrs. Row, has also been impacted by Mrs. Jones. As the first pregnant teachers at Jesuit, Mrs. Row and Mrs. Jones immediately became great friends. Row respects Mrs. Jones’ ability to not only teach her students “biology, but also [her ability to teach them] how to become responsible, compassionate, thinking adults.” Her quality teaching, demonstrated through her reception of the state teaching award, “guides [her students] towards excellence,” for she expects every single one of her students to shine in the classroom. On top of teaching students, Mrs. Row explained how Mrs. Jones “trains economically marginalized Dallas citizens weekly in nutrition and exercise,” demonstrating the teacher’s commitment to educating and serving others. Mrs. Jones has truly been a very valuable person to the school; her leadership and service has been a significant part in increasing Jesuit’s reputation into today’s positive position.

Lastly, there is a great deal to learn about Mrs. Jones herself. Growing up on a farm, she was inspired by a veterinarian to enter the medical field. After contemplating a career in medicine, she found her true calling in teaching after teaching the freshman lab biology classes at her college. Since then, she has taught biology at Jesuit for more than 40 years, always finding ways to spruce up the course by implementing new labs and projects while getting to meet fantastic, new students. In fact, the one thing she will miss about Jesuit will be the students. “There is not a day that does not go by that there isn’t a student in my class that when he leaves the classroom who doesn’t say thank you. You don’t find that at any other place.” Along with the memories of her students, Mrs. Jones added her medical society mission trips to the memories that she will forever treasure. When asked about advice she would give to current and new teachers at Jesuit, she said “Don’t look [at teaching] as a job, look at it as a vocation. Love your students enough that you will discipline them. Be fair and consistent in your classroom, and always remember, even though you are tired, and you do not want to teach, it is your vocation to go in and teach them.” To the students, she said “Do your best and work hard because you always pay a price someday in your life. Pay it now in high school, and it will help you later on in college so you will do better for the rest of your life.”

On a final note, I asked each interviewee whether they would rather see a doctor or Mrs. Jones first if they ever felt sick at school and, unsurprisingly, most chose Mrs. Jones. This just goes to show that teaching more than 40 years of high school biology earns more respect than any person holding a doctorate in medicine.