More
JesuitRoundup.org is brought to you by:
Home Service Senior Service Men with Others: Special Games 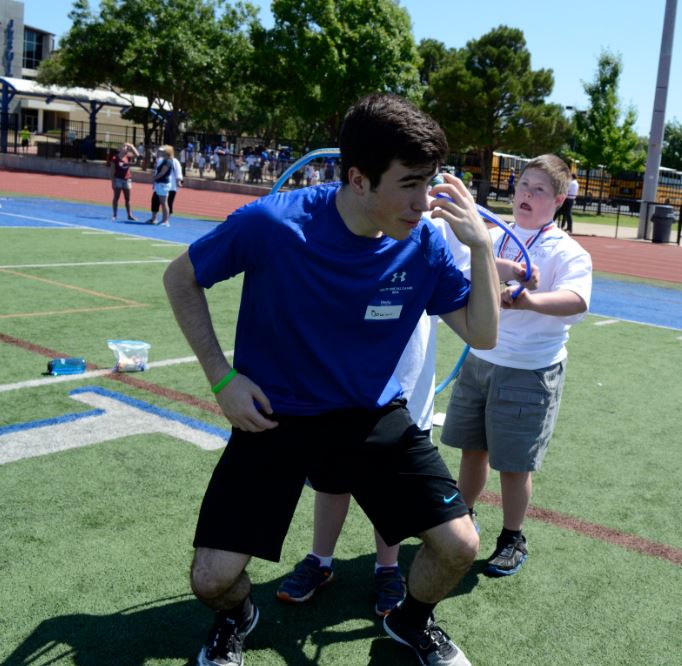 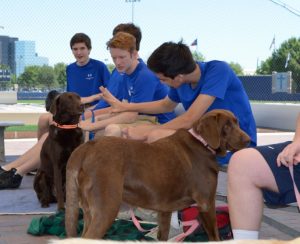 “Men for Others.” That’s what you commonly hear when you think about Jesuit and what you hear during prayer services. But what you probably don’t know is the full extent of the maxim, and what it means exactly. Jesuit’s motto is actually, “Men and Women for and with Others,” but what does it mean to be men for and with others? The answer to this question is exemplified every year with the senior tradition of The Special Games.

Special Games is an event held at Jesuit marking the end of the senior’s school year and student career at Jesuit, where they will change out their school clothing and backpacks for 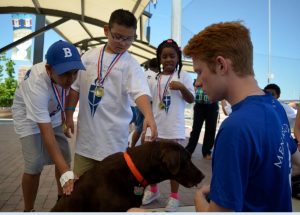 casual t-shirts and face paint, spending their last day at Jesuit organizing and playing games with students across various Dallas school districts with disabilities, both physical and mental. The Special Games day was started in the 1960’s with only a few Dallas schools, expanding now to include 38 schools and this year having 553 special athletes participating in the games.

Jesuit’s Community Service Director Mr. Perry expresses the theme and goal of the day as developing “friendship and celebrating [everyone’s] unique abilities … [and] to live out the Christian virtue of hospitality here at our own campus.” The seniors started off their day by setting up around the campus for the games and activities planned for the students, and eventually greeting the kids as they arrived. Throughout the day, seniors were assigned different games and to volunteer with the programs and, most importantly, talk to and have fun with the kids that participated. There were 28 different activities set up that the kids engaged in, ranging from therapy dogs, to arts and crafts, and to team-building exercises and face paint.

Reflecting on the day, Senior Michael Boyson ‘16 describes his experience with Special Games as “really [reinforcing] what Jesuit teaches its students throughout their four years … Our development would come later, as a result of caring and placing [others] first.” Likewise, Senior Chris Miramontes ‘16 also supported this notion, explaining that “Special Games is forgetting about everything that is going on in our lives, and just take the time to serve others and make that day about being with and serving others.” Leaving the day with their hearts full and new friends made, it’s safe to say the 2016 Seniors had a day to remember. 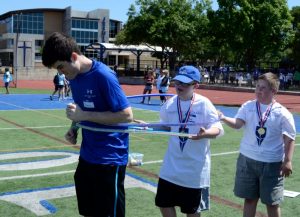 why does Jesuit put on Special Games every year for the graduating Seniors? To remind them as they take on the world that they are called for something greater, and to live the Jesuit image. Special Games exemplifies the Catholic Social Justice teaching of Solidarity, as Perry describes it as “‘standing together, regardless of differences,” unity that forms together with the bonds between the Seniors and the kids as they participate in this day. Special Games doesn’t just teach us to serve others, implying a detachment from others and oneself, but it teaches us to be one with others. As the Seniors move on to do greater and better things, Special Games serves as a reminder of the altruistic, compassionate, and loving characteristics that God calls us to be, and to always be Men both for and with Others.