More
JesuitRoundup.org is brought to you by:
Home News Measles on the Rise as Vaccinations Decline 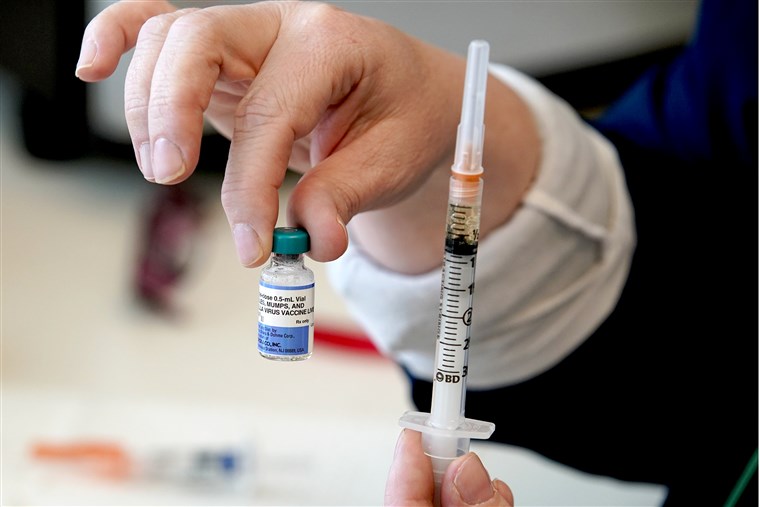 Led by fears of scientifically-disproven vaccine-caused autism, and a general belief in “medical freedom,” the anti-vaccine movement has been on the rise in recent years in the United States.

In 2015, more than nine million children throughout the U.S. were not fully vaccinated. In 2017, 1.2% of infants had never been vaccinated at all, four times the number of infants who were completely unvaccinated in 2001. This rise in non-vaccination rates has been aided in part by the permissiveness of several states in their exemption policies. Eighteen states permit “philosophical exemptions” for vaccines, including Texas, and in the past decade, exemption rates have increased in 12 of those states.

The anti-vaxx movement has taken hold in a variety of communities across the country. Rural counties in Idaho had some of the steepest declines in vaccination rates over the past decade. In California, before the state reformed its exemption policy, some wealthy enclaves in Los Angeles had vaccination rates as low as Chad or South Sudan. The push against vaccines has been also particularly pervasive in insular communities such as Somali-Americans in Minneapolis and the Amish in Ohio.

Federal data shows that the proportion of children under two who are not up to date on their vaccinations has quadrupled over the last two decades as well, a trend producing dire consequences. This year, the Center for Disease Control has reported 880 cases of measles across twenty-four states. Comparatively, the CDC recorded just one case in 1984.

Most of the cases from the latest wave of outbreaks are centered in Brooklyn, New York, and Clark County, Washington. The outbreaks are centered in tight-knit communities made up of groups like Slavic immigrants and ultra-Orthodox Jews. They usually had slightly lower immunization rates to begin with, and the spread of the anti-vaccine ideology only lowered these rates further. Typically, these communities are then introduced to the illness by travelers who carry the disease from other countries, then unvaccinated members of the community quickly contract the disease.

The measles vaccine is incredibly safe, with few and rare side effects. The benefits of the vaccine are enormous; however, measles is an airborne virus, and a single infected person can infect as many as 18 unvaccinated people around them. It becomes contagious before severe symptoms are present, meaning people can spread it before they know they have it. The disease is also untreatable, and forty percent of patients with measles end up with long-term complications.

Many memes have been made that mock this movement: 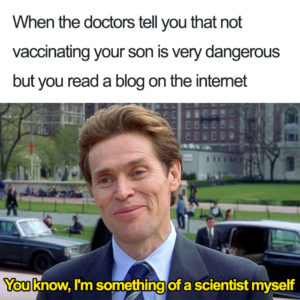 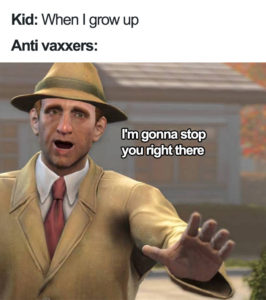 Vaccines are a safe tool with few or no downsides. They protect individuals and communities from deadly diseases, and if enough people within a population receive them, then certain diseases can be effectively eliminated from the population. Prior to the rise of the anti-vaccination movement of the past two decades, the United States had effectively eliminated measles, and most developing countries are on their way to doing the same. But until the US can reverse the deadly trend of decreasing immunization rates nationwide, then measles and other previously-eradicated diseases will continue to reappear.

Stay tuned to The Roundup for more national immunization news!