More
JesuitRoundup.org is brought to you by:
Home Featured Last Second FG Puts Prosper Ahead 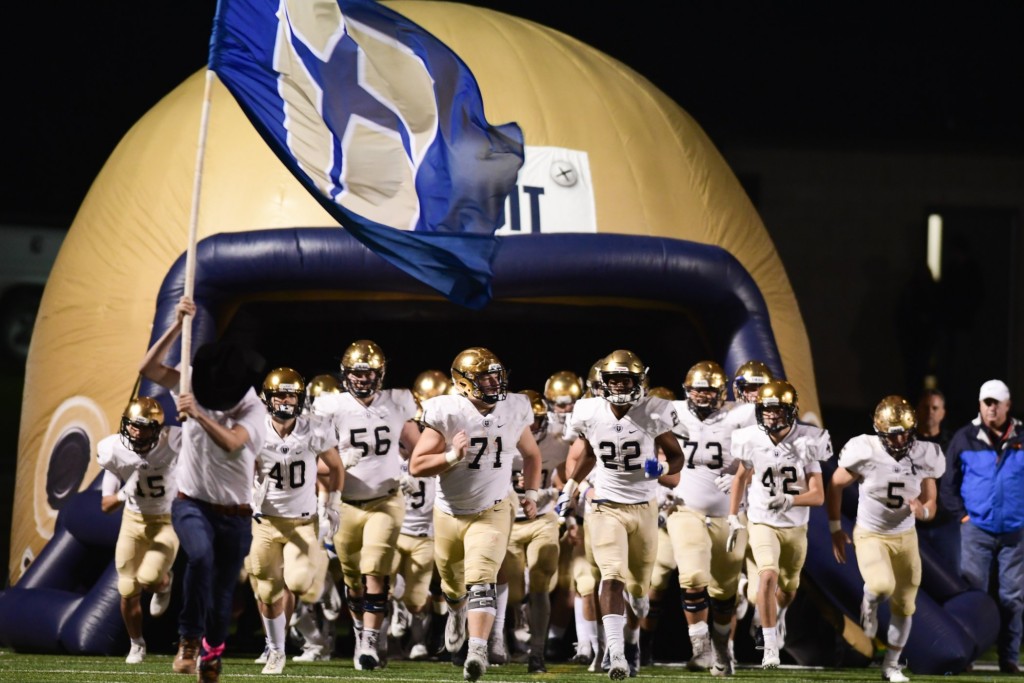 Coming off a bye week, the Jesuit Rangers looked to improve as they traveled to Prosper to take on the Prosper Eagles.

Despite a slow offensive start, the Rangers came out strong in the second half, outscoring the Eagles 21-6. However, the slow start proved to be costly, as the Eagles put up a last second field goal to outlast the Rangers 30-28. 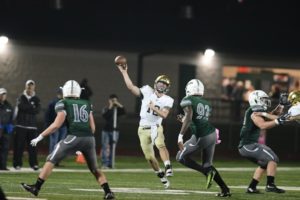 The Jesuit offense started off slow, scoring only 7 points in the first half. Junior Kevin Shuman threw the only touchdown of the half to Senior Jack Hajdu for 5 yards in the 2nd quarter. After a lethargic first half, the Rangers quickly turned their offense around in the second half: Junior Kevin Shuman found Senior Travis Whisler for a 10 yard pass early in the 3rd quarter, and Hajdu had an amazing touchdown catch in the 4th quarter. With time running down and Prosper ahead 21-27, Sophomore Jake Taylor rushed for a crucial 28 yard touchdown run, putting Jesuit ahead 28-27. Unfortunately, the Eagles quickly drove down field, putting up a last second field goal to put the Eagles ahead.

Some offensive standouts: Junior Kevin Shuman threw for 154 yards and 3 touchdowns on just 16 completions, while Junior E.J. Smith rushed for an astonishing 117 yards on just 15 attempts. Additionally, Jack Hajdu scored 2 clutch touchdowns in the second half. 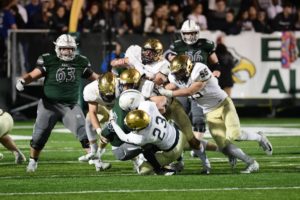 Some defensive standouts: Junior Tommy Roy had another monstrous game, as he led the Rangers with 9 total tackles.

Making his first appearance, Junior Ford Buckner hopes they “can keep that momentum [they] had in the second half and play like that against Allen.”

After a hard fought loss, Coach Hickman was “pleased with the fight and effort to come back in the second half and have a chance to win at the end.” Unfortunately, the Rangers fell just short, but Coach Hickman believes their “goals are still front in front of [them]”, as they prepare for their next game.

Next week, the Jesuit Rangers attempt to dethrone the division leader, as they travel to Eagle Stadium to take on the Allen Eagles on Friday October 19th, at 7 p.m.