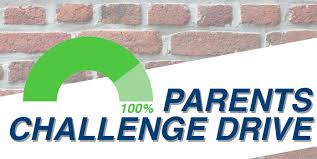 “To give and not to count the cost…”

President Earsing recently asked the entire student body to take these words from the Prayer of Generosity to heart in last week’s prayer service. He requested that every student do one kind deed each day to keep the words of St. Ignatius alive in today’s world. Now, the Jesuit Department of Development asks all Jesuit parents to do the same as they begin the Challenge Drive, an annual fundraiser designed to raise the money necessary to educate a Jesuit student. The department is reaching out to all guardians of Jesuit students requesting any donation, large or small, in order to reach their goal for this year’s Drive.

Dave Anderson, Director of Development at Jesuit, noted that “there is a gap” between the price of tuition and the cost of educating a Jesuit student. “This year the difference is $2,016 for every student. So we try to fundraise this difference from the parents.” Anderson added that there is an important reason they don’t simply tack on this difference to the price of tuition: “Some folks who could really afford that would have no problem, and some kids who are on scholarship would get more scholarship. Unfortunately, this squeezes out the middle class, the people who can afford to go to school, but only when that number is manageable.” Thus, the Jesuit administration strives to provide its well-rounded education to those of all racial and socioeconomic backgrounds, a theme of equality that pervades Scriptural history, Catholic social Teaching, and Catholic tradition.

The Department of Development has constructed an elaborate chain of command in order to reach out to every Jesuit parent or guardian in a calculated manner. In this chain of command, 10 co-chairs oversee each grade level. Each co-chair manages 5-7 class captains, who actually contact the families to ask for donations. This elaborate team makes a total of 1,088 phone calls to contact every family in the Jesuit community. In the spirit of the Jesuit way, Anderson makes sure to advise each class captain to “be kind, be generous, be courteous, and just ask the families for participation. Their job is not to ask for a dollar amount.” The Department has excelled in their pursuit of widespread participation, as they have reached an impressive 95% participation from families thus far. The administration has taken every measure to ensure that every Jesuit family has the opportunity for participation. This year Anderson distributed Challenge Drive forms written in Spanish in the mail to account for the growing population of Jesuit families who speak Spanish in the home.

Examining the steps Jesuit takes to guarantee a quality education to such a large student population, it becomes obvious that they care more about the boys than anything. The Challenge Drive is an extension of this devotion to the boys, a way of providing the best resources possible to all Jesuit students. As members of the Jesuit community, we should stand with Jesuit, we should “give and not count the cost.” After all, St. Ignatius would have wanted it.