More
JesuitRoundup.org is brought to you by:
Home Sports Wrestling Jesuit Wrestlers Excell at Districts 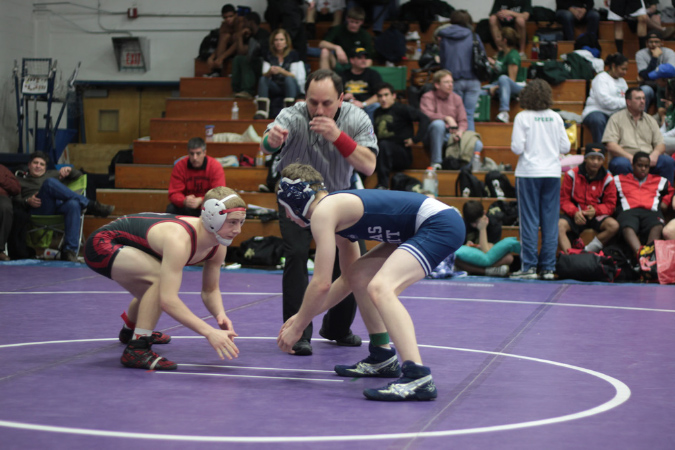 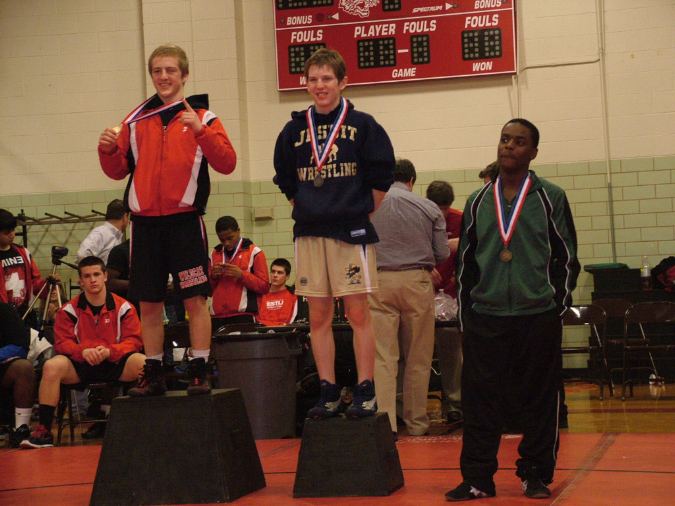 After missing several practices and postponing the tournament due to the inclement weather the week before, the wrestling team still showed up ready to wrestle, finishing the tournament with 6 wrestlers in the placement rounds. 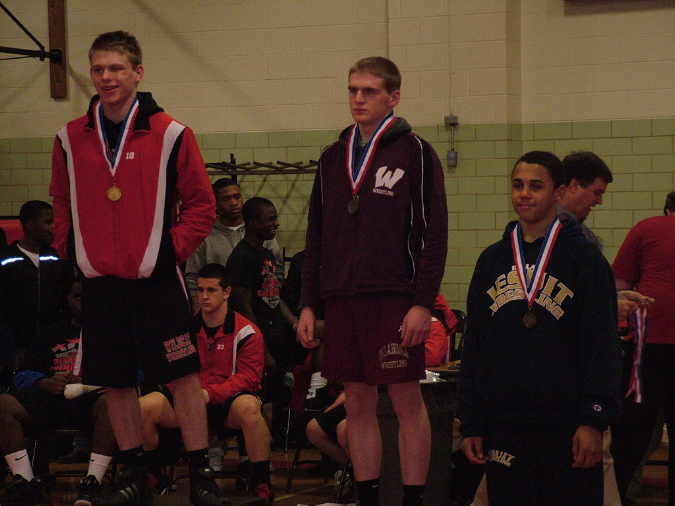 Bellegarde placed third, and is the regional alternate. Antonio Martinez and John Thompson both qualified for regions with second and first place finishes, respectively. “It feels good to finally win it, but I need to focus on regions,” says Senior Captain John Thompson, after earning second place for the second time in as many years. 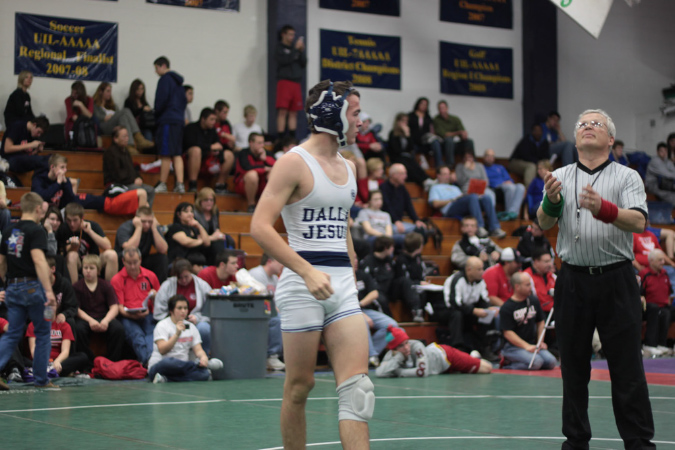 The Region 3 tournament took place this past weekend, Friday, February 11th and Saturday, February 12th, in Katy, Texas. Antonio Martinez went above and beyond all expectations to take fifth place, which means that he is the alternate for the state tournament, scheduled for February 25th and 26th in Austin, Texas.