More
JesuitRoundup.org is brought to you by:
Home Sports Jesuit Swimming And Diving Continues an 18-0 Undefeated Streak 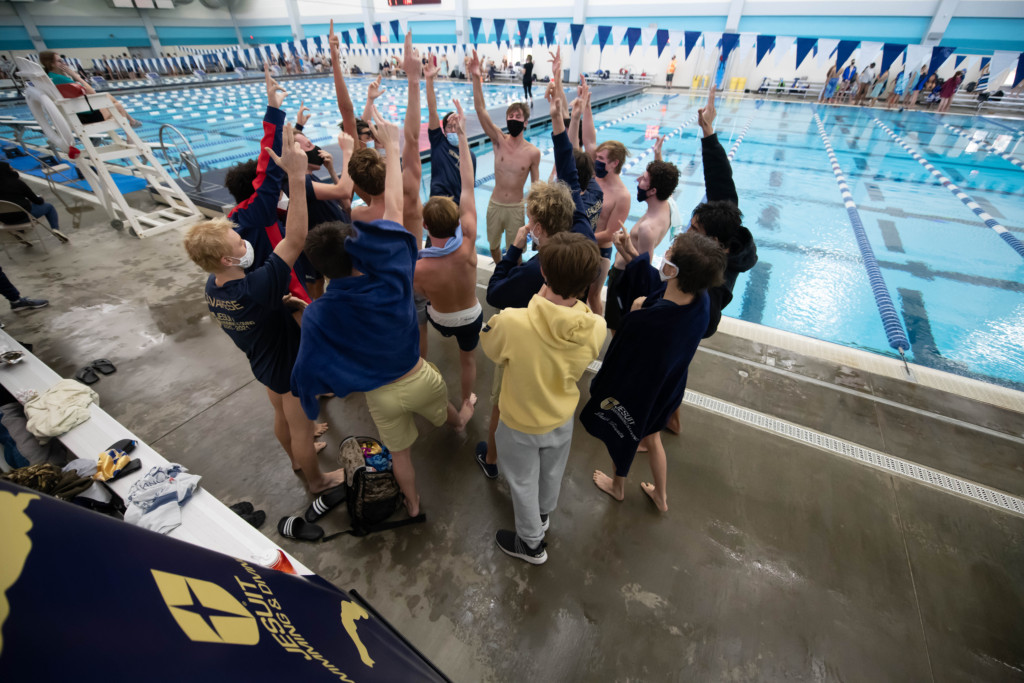 Led by Coach Moyse and Coach Meagher, as well as Senior captains Will Mckinney, Ryan Peckham, Alexander Chong, Jack Young, and Kevin Grant, the Jesuit Swimming and Diving Team has achieved immense success over the past two seasons. The team went 17-0 in the regular season. They also won the district championship. This dominance has continued over the past month. The team has defeated Flowermound, Plano West, Allen, Lovejoy, and Highland Park. 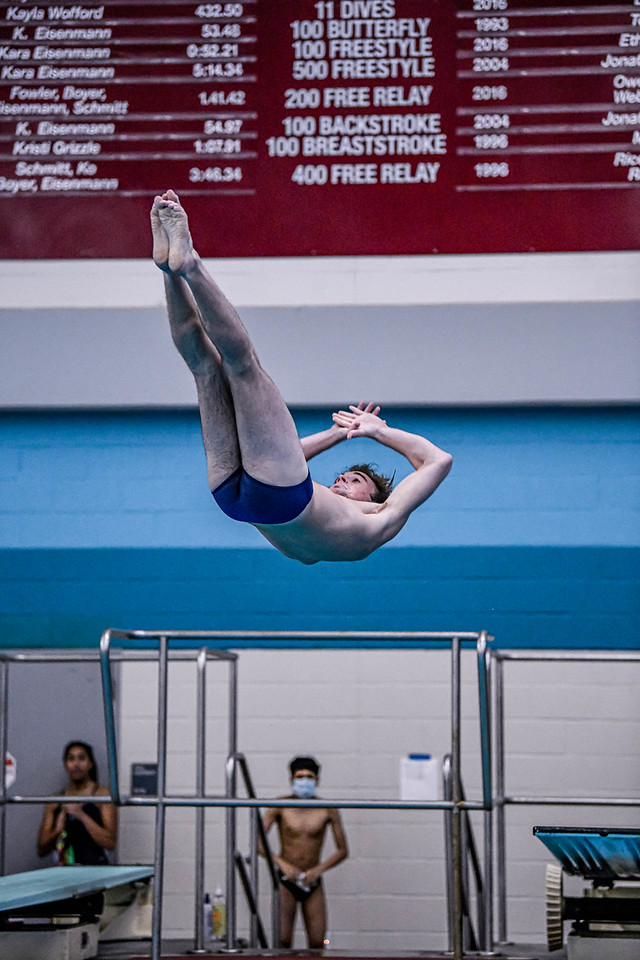 Both the Swimmers and Divers performed exceptionally beating Allen 117-69 and Lovejoy 113-52. Ryan Peckham set a season-best 500 free time of 4:42.55, winning the event by over 15 seconds. Jesuit dominated in the relays with the 200 medley relay of William Savarese ’24, James Savarese ’22, Will Mckinney ’21, and Jackson Summers ’22 taking first. Jesuit swept the 200 free relay with the team of William Savarese ’24, Alex Hung ’22, Leo Pelaez ’23, and Ryan Peckham ’21 taking first place. The team of Alexander Chong ’21, Sam Steffler ’22, Jaden Giunta ’24, and Blake Butz ’22 beat out both Allen and Lovejoy’s A team. Individual events were likewise taken by Jesuit. Juniors Jackson Summers and Alex Hung took 1st and 2nd in the 100 free.

The rivalry between the Jesuit and Highland Park swim teams began in 2016 with Highland Park crushing the rangers 77-101. Again the next year they won. However, over the past three years, the Rangers have beat the Scotts, and with each year the gap increases. This season both the swimmers and divers took first winning 215-97. Will Mckinney ’21 set a new school record in the 500 free going a 4:39.09. Brendan Feehery held the prior record of 4:39.72. Mckinney won the event by over 30 seconds easily lapping all of the competition. Diver Jack Young ’21 crushed his prior score of 187.40, earning a 236.00 to take first against a club rival Dashe Wolford of Highland Park. The Rangers took home every single individual event. Led by Jackson Summers’ 22 and Ryan Peckham ’21, Jesuit took first, second, and third in the 50 free, 100 fly, and 100 free.

Jesuit continues to dominate its competition despite facing off against powerhouse teams like Flower Mound. This period of success represents a historic moment for the team, for the construction of the Natatorium has brought challenges. The dedication these athletes have put in despite challenges in practice location demonstrates their excellence. They continue to perform exceptional both from a swimming and diving standpoint.

Stayed tuned to The Roundup for more Athletics content!