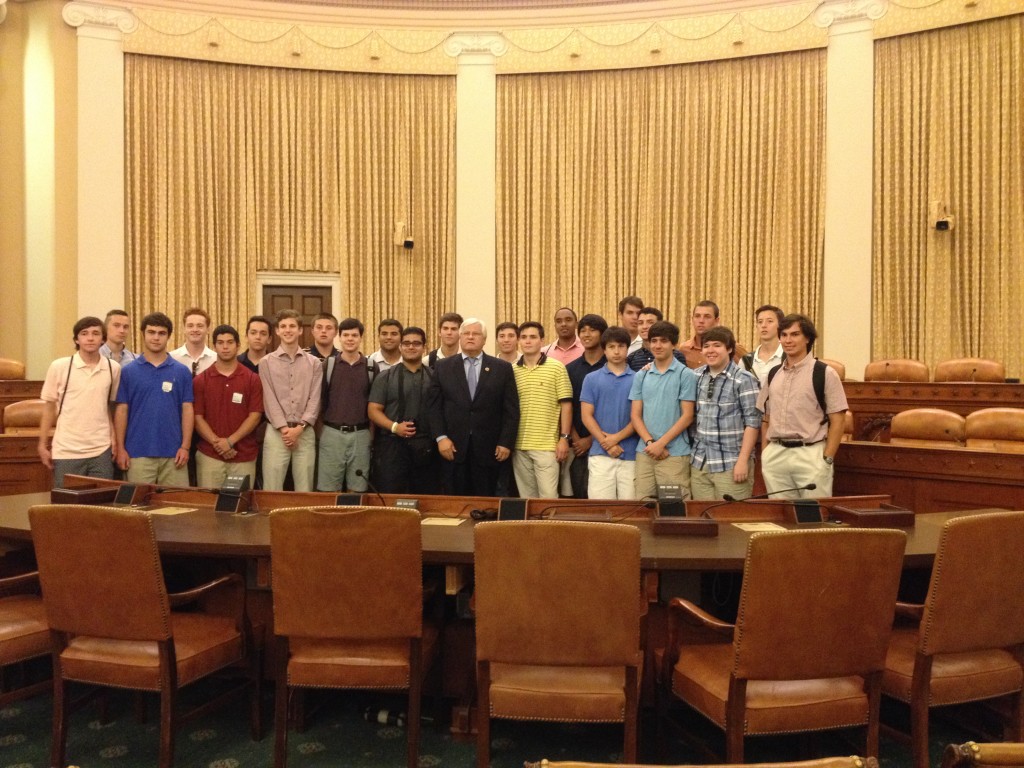 Close-up is a program of integrity; a program with a purpose to inspire and empower young adults to more fully exercise rights and accept the responsibilities of being an American citizen. Not only does this program encourage political participation, it allows students to experience government in action, and learn about America’s past and present. 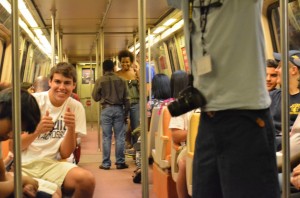 suit Social Studies teachers Mrs. Dea Ochs and Mrs. Katie Segal, with the approval of Jesuit, partnered with the Close-Up foundation to give Senior students a trip to experience Washington D.C. This experience ranged from activities seeing government at work in places like the Supreme Court, and visiting famous monuments such as the Lincoln Memorial, to watching the US Men’s Soccer team play Germany in DuPont Circle, and taking a trip to the local Chipotle.

However, it was not all fun and games. The students who signed up for the DC government trip had to take a two week accelerated government course in the summer, a class that normally takes place during the school year.

It was a very rigorous course. The first week of class, taught by Mrs. Segal, gave the students background about government. This portion 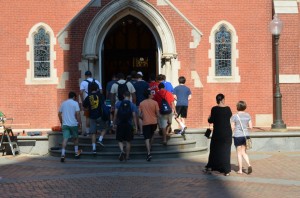 answered questions about government such as: What is its role in society, how does it work, what are political parties, what are their functions, and what is our role in government?  Along with this background, there were multiple quizzes to ensure that the students were absorbing the information.

The second week consisted of round table discussions about various systems in government, i.e. Political Parties and the Bureaucracy. Students were assigned various government functions and programs, then presented their topic to the class in an informal discussion. Mrs. Ochs sat in on the presentations, moderating and adding in important points, while simultaneously adding in her own humor.

While designing the course, Mrs. Segal and Mrs. Ochs faced the challenge of cramming in a full semester course load into a two week long summer class. Mrs. Segal “wanted to stay true to the government curriculum,” so that it would “not be a watered down version of government. I wanted them to be prepared for when they arrived in DC.”

She added that she succeeded in meeting expectations during the class in Dallas, specifically “in terms of getting through everything without completely overwhelming the students.” The gauge of this success came through the multiple quizzes in which the students seemed to do consistently well, an indication that they were retaining the information. Mrs. Segal expressed gratitude for how well the students performed during the classroom part of the summer program.
After this class, the students woke up early on a Sunday morning to catch their flight to Washington D.C. After landing, they took a shuttle to the Marriott in Rosslyn, the headquarters of Close- Up. Here, the Jesuit students roomed and interacted with students from all around the country. Students from Oregon to New York attended. The program then split up the different schools into smaller groups, where a teacher prompted governmental debate and hosted learning workshops at night, and went on tourist adventures in the day. 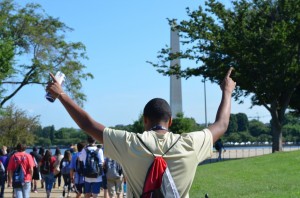 Cooper Brehm ’15 initially thought that breaking the ice with his group members would be challenging, but “quick facts about ourselves loosened the mood. For instance, on the subject of superpowers, one of the group mates, Jaquale, quickly answered ‘Jump. Jump high.’ I knew we’d be friends.”
Mrs. Ochs commented on how the Jesuit students stepped-up during the workshops saying that “the students shined into leadership roles,” prompting the other students to talk and share their ideas.

On Wednesday of the week, however, there was a slight break in the schedule. The Jesuit group was lucky enough to see the Supreme Court Judges hand down the verdicts of big national cases. Moreover, they listened in on a House of Representative election and a committee hearing about the issue of concussions in the NFL. They also met and interacted with political figures that work for the state of Texas, thanks to Jesuit alums Mr. Black and Mr. Brooks.

Mrs. Ochs’s favorite part of the trip was the actual planning of that Wednesday. “Mrs. Segal and I spent the day before with Mr. Black and Mr. 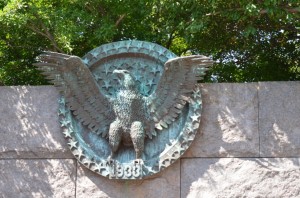 Brooks plotting out our plans for the next day. We found secret entrances, we found cafeterias to take the students, the Senate building, and we went to the Supreme Court to make sure we knew what doors to get into to, so that we were able to be in the court for their hearing.”

Mrs. Segal, Mrs. Ochs, and most of the students said that the Supreme Court hearing was the highlight of the trip. It is not every day that one can listen in on a Supreme Court hearing.
“I liked that day for three reasons,” Mrs. Segal stated. “First, that we got to see government in action that many people wouldn’t, we saw votes take place on the house floor, and we witnessed the NFL Senate committee hearing,” which was another fan favorite.

The trip was a success and according to the course survey, the students had a blast. Mrs. Ochs and Mrs. Segal are continuing the program next year, and are hoping for even a larger amount of students to take part in it. For students interested, program sheets will be handed out later on in the year, so stay alert.