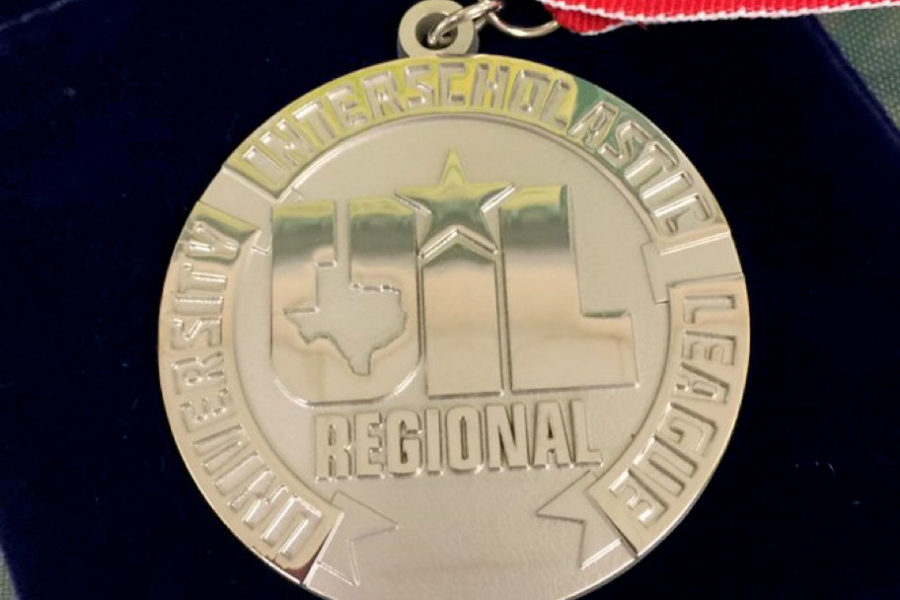 After a series of triumphs in multiple events at UIL Districts, a handful of Jesuit students qualified for the regional competition. On the morning of April 22nd and 23rd (Friday and Saturday), the competitors arrived at the eventful and active UT Arlington campus. After going through 15-30 minutes of waiting and roll call with dozens of others, the competitors frantically flipped over their pages in a race against time. The next few hours would prove to be the most mentally demanding in the season.

Competing as the only Jesuit student in the event against students from 14 different schools, Kevin Babu ‘23 competes in the written portion of the overall exam at 4 PM on April 22nd. Two hours later, Kevin battles through his programming portion. After the strenuous competition, Kevin earned 22nd place in terms of individual rankings.

Competing at the same time of the ready writing competition, Luke Harrison ‘22, Anthony Nguyen ‘24, and William Spicer ‘24 competed as a team and individually in the Current Issues competition. After completing the multiple choice and essay portions of the competition, the trio placed 6th as a team. Individually, Luke earned 10th, Anthony placed 24th, and William finished at 29th.

Competing as the last Jesuit student in the regionals for this year, Elliott Huang ‘23 competed for Jesuit against representatives from 14 different schools. After completing the vocabulary-based exam, Elliott finished off with a 21st place in the competition.

“I was very excited for the opportunity to qualify for state. The Ready Writing format allowed me to explore and explicate my response to engaging stimuli, and I greatly enjoyed the overall experience. At Regionals, the prompts were longer and more challenging, so I attempted to focus more on analyzing the prompt and organizing my ideas before starting to write. Ultimately, I was pleased with the response I had produced and was again gratified that the judges appreciated my insights.”

Stay tuned to The Roundup for more UIL Academics news!