More
JesuitRoundup.org is brought to you by:
Home Featured Jesuit Soccer Shows Promise in Meinster Tournament 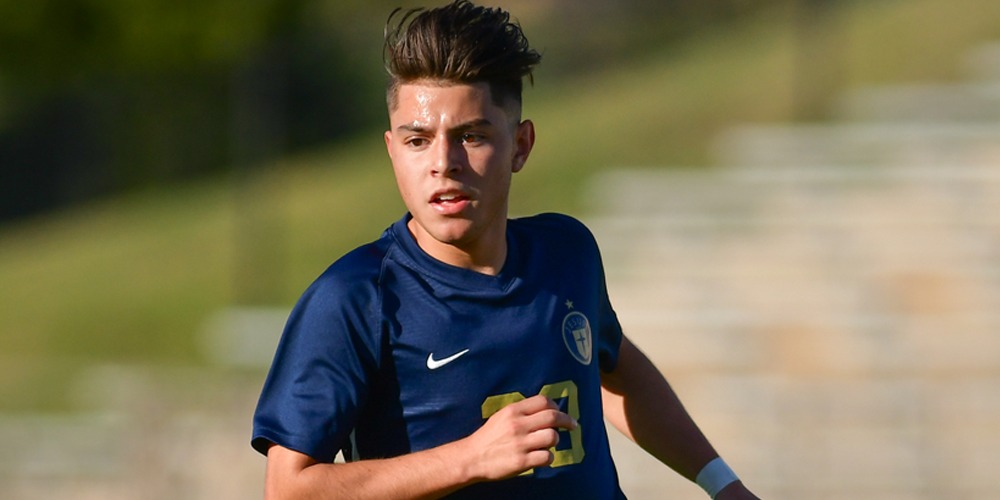 Excitement boils over amongst Jesuit students, fans, and parents awaiting the opening kickoff. Their passionate cheers can be heard from the classrooms as the players take the field.

The 2019 Meinster Tournament begins with a classic rivalry-matchup between Jesuit and BL, which only adds to the anticipation. The referee places the ball in the middle of the field and receives the ‘okay’ sign from both goalkeepers. The crowd reaches peak energy as the referee turns his attention to the ball and blows his whistle, commencing the tournament.

Last Friday, the Jesuit soccer team began their season with a 3rd place finish annual Meinster Tournament, in which they won two games and lost one. Many familiar faces returned to the varsity team this season along with many new additions to the squad coming from the JV and freshman teams. While the team might look different, they played with the same energy and passion as before and they were shown the same support from the fans.

“Overall I think the team played well. We were very excited, maybe a little too excited going into the tournament with our first game against BL and we absolutely loved the support we got from the students during that game” added Renin Seely ’20 following the tournament.

Jesuit kicked off the tournament against BL in a rollercoaster win in penalties. Diego Sierra ’20 netted two goals during regular time which was met by two goals from BL, including a 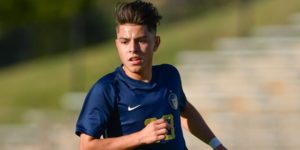 late stunner which sent the match to penalty kicks. In penalties, Benton Lacile ’21 won the game with a penalty kick that he slotted into the bottom left corner. However, goalkeeper Connor Tullis ’19 was the key to securing the win, saving a ridiculous 3 out of 5 penalty kicks faced.

Following the season-opening thriller, Jesuit faced a tough 0-3 loss to Belton. They struggled possessing the ball for long periods, a theme that carried over from the BL game.  However, in Jesuit’s final game they were able to turn things around in a 3-1 victory against 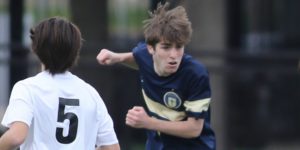 Nolan Catholic. Goals from Stratton Ross ’20, Diego Sierra ’20, and Henry Gilker ’21 helped Jesuit cap off a promising opening tournament. They applied pressure to Nolan from the beginning, their first shot coming 16 seconds into the game. They didn’t stop there, going on to have 9 more shots and 7 total shots on target.

Throughout the tournament, Jesuit was able to grow not only in skill, but as in team chemistry. They developed into a team that works and plays together as a single unit, possessing the ball and creating chances.

Coach DeLong saw massive improvements in the team’s performance throughout the tournament. He said that “in the three games, the effort was tremendous by all the players. We improved on our defending over the course of the three games, our possession in the third game had improved, and we did a much better job of keeping the ball and creating chances against Nolan.”

The tournament also gave the team the ability to evaluate themselves and make changes for the future. They had the ability to see what worked and what didn’t, and identify the solutions to any problems they had. “The team was figuring out which combination of players was the most effective. I think for our first few games playing as a team, we played well and worked hard, but there are some aspects of the game we need to work on” said Will Kelton ’20 regarding what he noticed about the team coming out of the tournament.

While the team may not have received the result that they wanted, there were many upsides that resulted from the tournament. The team improved in chemistry and possession, and was able to evaluate the future. The young players were able to grow in experience and get a feel for playing on a varsity team. The coaches were able to evaluate the team and understand what changes need to be made. Most importantly however, the team was able to strengthen their chemistry, playing as one unit and knocking the ball around in the final game. This team has a very young roster with lots of potential and talent going into the season. If they continue to grow like they did during the tournament, they could have a very successful season ahead.