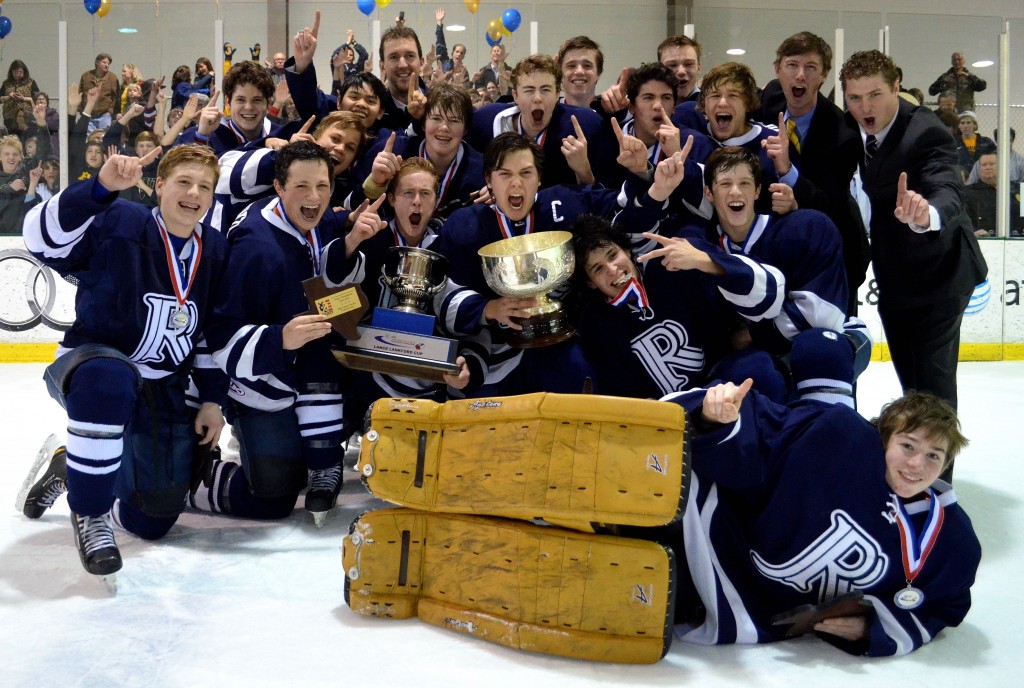 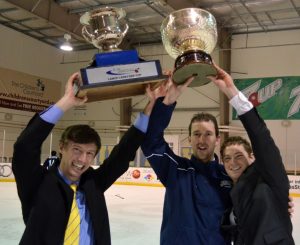 As the Plexiglas boards are surrounded by exuberant, hyper fans, and as the ice remains slick and shimmering from the zamboni’s fresh resurfacing, the dreams of one team to forever etch their name into history soon became reality.

On March 7, 2013, your Jesuit Rangers Varsity Hockey team took the ice with the intent of bringing home a state championship cup to 12345 Inwood Road. Only one foe stood in the way – Plano West.

In Farmer’s Branch, fans packed the Dr. Pepper StarCenter, noted by defenseman Anthony Frunzi ’13, “as the biggest crowd our varsity team has ever seen.”  The crowd came out rowdy from the moment the puck dropped until the final whistle was blown.

Plano West took a 1-0 lead early in the second period, after a scoreless drought in the first period.  A breakaway goal by Bryson Boulanger gave the Wolves the advantage.  However, stingy defense and a superstar goalie in George McBey ’16 (yes, a freshman) allowed Jesuit to stay in the game.

Not even a minute later forward Alex Mersch ’13 tied the game up 1-1 with an assist from forward Hayden Meshell ’13.  Nonetheless, the Wolves kept a battle going, as Jonathan Holt got the lead back 90 seconds into the final period.

Mersch soon got another shot to put Jesuit back in title contention, putting away a rebound shot.  Defenseman Drew Brunts ’13 was given the assist on the goal.

A short-handed goal by Jesuit’s forward Nick Alexander ’13 with a Plano West player in the penalty box gave the Rangers their first lead of the game.

Mersch put the game away for good when he scored an empty net goal immediately after Plano West pulled their goalie in the final minute.

“That’s a shot I will never forget,” recounted Mersch.  “For my last shot in my hockey career to be the one that sealed our state championship is just amazing.”

To get to the state championship, Jesuit defeated Highland Park 6-4 in the semifinals. 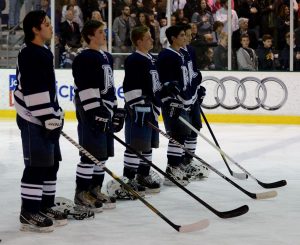 Meshell in the days after the state championship said that he “still can’t believe that [they] did it. [They’re] so happy with the way things ended.”

On March 20-24, the team then traveled to Coral Springs, FL to compete for the USA Hockey High School National Championship.

The team closed out the season with a 3-2 victory over East Lake (Fla.). The team went 2-1 in pool play at nationals. On the opening night of the tournament, the team dropped a hard-fought, 4-3, decision to Saint Margarita (Calif.) – which would end up winning the national title. The Rangers bounced back on the second day of action with a 6-5 shootout victory over John Jay (N.Y.).  A victory in regulation during the game against John Jay would have given the team enough points to move on to the next round of play, but none the less, the team was happy with their performance.

Hayden Meshell said, “Even though we didn’t win nationals, winning our last game of the season and getting state could not taste better.”

Frunzi added that “I’m so happy with the way things ended. I love everyone on this team.  I literally broke down after the game because I can’t believe it’s over for good, but I could not have imagined it with a better group of guys and better team.  I will forever be a member of this hockey team, and no one can ever take away what we achieved.”

All in all, Jesuit Rangers hockey completed their most outstanding history to date, and we can all now expect for the team to reach for the stars every season from now on.  Look for more greatness from your Rangers on the ice in seasons to come.

To sum it up, Mersch declared, “I just can’t wait to put that diamond ring on my finger.”