More
JesuitRoundup.org is brought to you by:
Home News Campus Life Jesuit Magis Golf Classic: A Competition That Benefits All 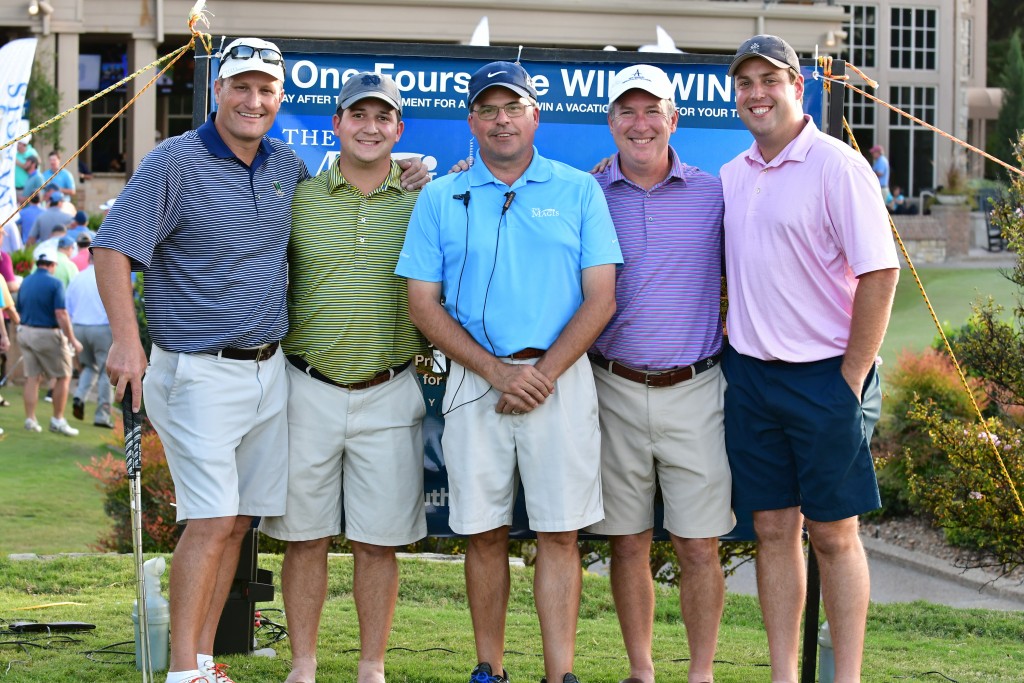 As the morning dew subsides, dozens of anxious golfers gather on the driving range while casually interacting amongst themselves. Whack! A small white ball zooms through the air, finally reaching its destination as it lands on the ground. Swing after swing, more and more shots are hit as the golfers begin to loosen up and feel more comfortable with their routine and rehearsed swings. The starting time now nears as students from Jesuit and many adults quickly zoom off to their starting hole, nervously rehearsing in their mind the always dreaded and fearful first tee shot.

Hosted at Stonebriar Country Club on October 10, 2016, the seventh annual Magis Golf Classic contained a wide variety of activities that made for a fun and exhausting day full of golf and competition. The field of golfers that participated in the event enjoyed many different activities, ranging from an 18-hole competitive shotgun tournament to a closest-to-the-pin shootout in which golfers competed for various prizes.

With the school year now into full form, many activities regarding and involving Jesuit and its core values begin to occur. Included in these is the Jesuit Magis Golf Classic. The Magis Golf Classic is one of the top and most successful charity golf tournaments that can be found in the state of Texas. The tournament consistently draws a full field of golfers and is benefited by a group of over 100 generous sponsors. The tournament strives to raise money that directly benefits the community of Jesuit Dallas in a few ways.

Although many at the Magis Golf Classic enjoyed the excitement and intensity that comes from competing with and against your friends, none lost sight of the main goal and accomplishment that the tournament strives to complete. The Jesuit Magis Golf Classic aims to raise money that benefits the Jesuit Dallas community in two ways. First, the event raises money for the general athletic budget of school. This can support the athletic program in many different aspects ranging from new equipment all the way to facility improvements and renovations. Additionally, the tournament raises money for students that want to come to Jesuit, but may need further financial need so that they are able to attend for the school year.

I would like to give a big thanks to all of those that participated in the 2016 Magis Golf Classic, whether that is through sponsorship or through participation. The Magis Golf Classic is a very important part of the school community and effects many students’ lives by providing new opportunities that may not be possible without the tournament.

Thanks to Jowdy Photography for our feature.