More
JesuitRoundup.org is brought to you by:
Home Featured Jesuit JCL: “Opportunities for Success” 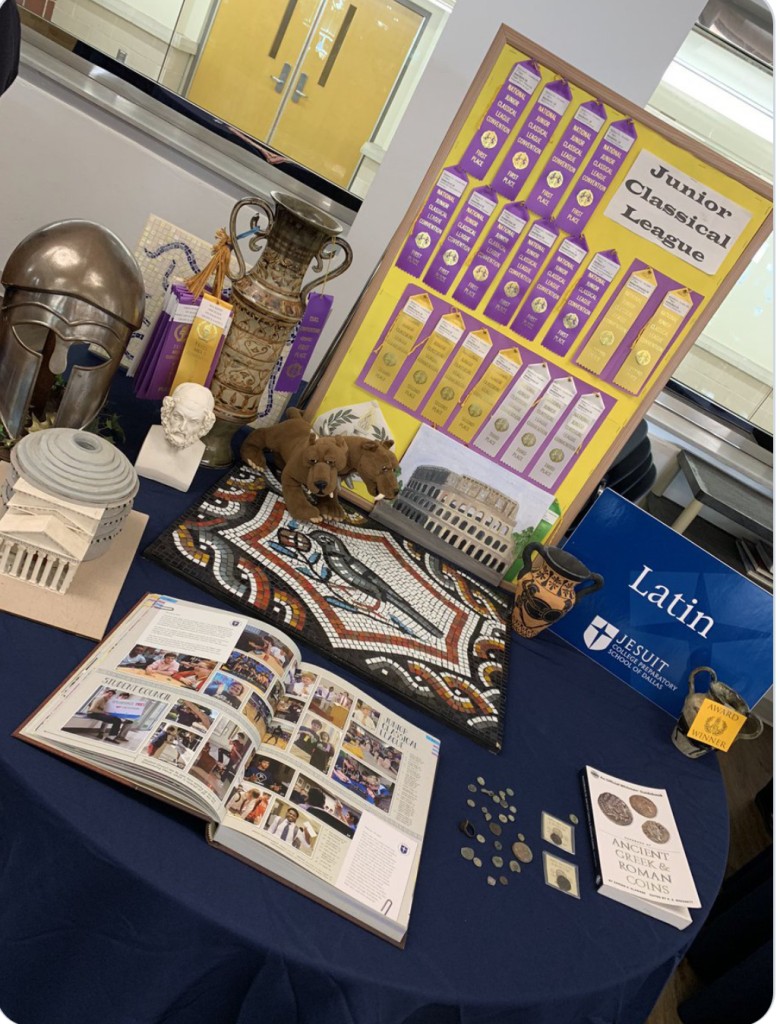 On Saturday February 26, Jesuit will be hosting the district JCL competition for students across all the Dallas metroplex. This event is very important to Jesuit and is one of the premier events for Latin students across the state. This competition is for Latin students of all levels at Jesuit and other high schools to find an opportunity to be themselves and enjoy an academic event. Students will be competing in Latin and non-Latin competitions to fight for a spot to get to the state competition.

I interviewed Ms. Jones and Jose Alvarado ’23 about JCL.

How important is it to you that JCL is at Jesuit?

Ms. Jones says, “It’s important not only to me but also to the kids because they haven’t really had an opportunity to do extracurriculars like this for the past couple of years.  For that reason, the freshmen are super excited because they want to be involved after having a middle school with not a whole lot going on, and I think that we’re doing this for the students. A lot of the students are getting leadership experience from doing this, they’re getting to meet new people, and they’re getting to learn the inner workings of the JCL competitions. Whenever we host one of these [events], we also get to have a state officer, and this year our state officer is Jose Alvarado, and he is our convention coordinator here at Jesuit for the JCL convention. He’s also in charge of helping plan the state convention which is going to be in San Antonio on April 8th, and he gets to go to the board meetings. Unfortunately, we’ve had to do them virtually just because there’s been a lot of coronaviruses going around, but hopefully, we’ll be able to fly to the next board meeting and he’ll get to experience what that’s like in person. So there really are a lot of great leadership opportunities available all the way up to the national level. A lot of these guys who are getting this experience, helping run this competition with us here at Jesuit are students who are going to want to go all the way to nationals. So, we’ll be going to the University of Louisiana in Lafayette from July 24th through 29th, so we’ve got a lot coming up and a lot of opportunities for the guys. I can’t wait to update you on our successes going forward!” 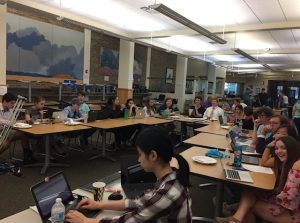 What all is happening during the JCL competition

Jose Alvarado explains, “Well, I’m just going to tell you the things we’re doing. So, in the morning around 8 we’re having the students over at the Terry center and we’re going to talk to them and tell them don’t break anything, don’t touch the museum stuff, and like basically we’re going to set rules during that time, and tell them to enjoy your time, have fun, and meet new people. After that, I think we’re going immediately into the academic tests for everybody else has who isn’t a Jesuit student and who is participating in the JCL. After that, we’re doing contests.”

Ms. Jones adds on, “So, at the beginning of the day, we have an assembly, and all the Jesuit guys are going to be there to support our guests and Jose is going to lead that and our guys are going to show everybody after the assembly where to go. So, we’re going to fill in the hallways and, in the classrooms, where the kids are going to take their academic tests, and that lasts for about an hour and a half. Some of the kids finish early and then they’ll go to lunch.

After lunch, we’ve got quiz bowl tournaments and we have spoken contests, four or five different spoken contests [ranging] from performing a memorized piece of Latin in front of judges to singing a song in Latin. Those are two separate contests, but we are also going to have art being judged and a chest tournament. We’re going to have a game room that’s just for fun, we’re going to have a colloquium (Latin for ‘academic seminar’) on Roman history in the afternoon given by an SMU professor, and we’re also going to have some volleyball and basketball. Then we’ll have the award ceremony at the end, and Jose is going to be like the right-hand guy, he’ll be able to tell you where everything is and give you directions.”

What does JCL mean to you?

How many people are competing in a competition in total and for Jesuit?

All in all, this year’s JCL event will be great at Jesuit and a memorable experience. To learn more about the results of the competition and the overall experience, read the next article about JCL.