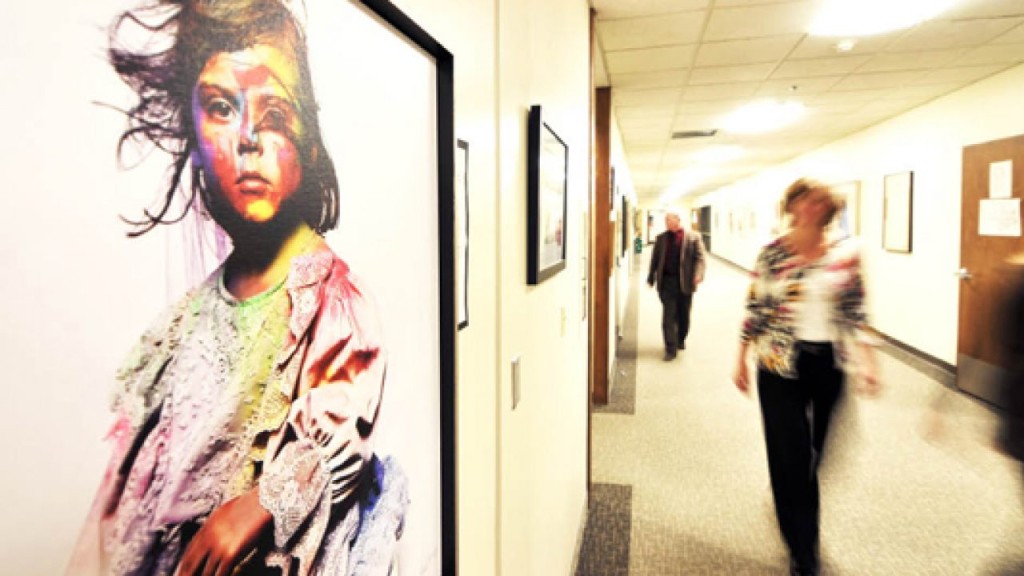 In 2014, Mrs. Hunt Blanc set out to curate and attract exhibitions that enhance the mission of the Jesuit Museum. She also wanted to increase the institution’s standing in the community, and engage with local and Jesuit alumni artists.

Twenty-two exhibitions have been curated since 2014, and each exhibition aims to support the Museum’s mission:

“To enhance the educational experience of students and the broader community through awareness, appreciation, and passion for art.”

Undoubtedly one of the most influential exhibitions was September – December 15, Ground Zero 360. This was a national, traveling September 11 Memorial exhibition featuring original photography, relics, and survivors’ stories. Furthermore, the exhibition explored social justice with Johannes Boekhoudt: Beyond the Rain, January 9, 2017 – March 9, 2017.

Now, Mrs. Hunt Blanc and the Museum board are in the final stage of accreditation for the Jesuit Dallas Museum. The Jesuit Dallas Museum has an excellent board who have worked diligently on the Core Documents of Verification with the Alliance of American Museums. The Core Documents (Mission statement, Institutional Code of Ethics, Strategic Plan, Collection Management Policy, Disaster Preparedness/Emergency Plan and Strategic Plan) show that the Jesuit Dallas Museum has the five essential museum plans and policies and verify the museum has an educational mission and documents that meet the required elements to complete full accreditation.

Additionally, they also launched a new website for the Jesuit Dallas Museum in December of 2021, and have a group of trained docents who conduct tours for the students and the public.

They are planing to have tours again this year with their next exhibition being the Texas Artists in the Jesuit Dallas Museum in March, 2022. The exhibit will feature six works by the noted Texas artist Otis Dozier that were recently donated to the Museum.

In addition to all her work, Mrs. Hunt Blanc has had fifty-one acquisitions and 20 donations since 2014. This includes the donation of the Dietschy Pre-Columbian Collection, and Chandler Roosevelt Lindsey’s Native American Ceramic collection.

Undoubtedly the most significant work is the George Braque Hommage to J.S. Bach, 1950-59

Along with this work other notable works include

“Beauty & Newness of Life”: Scenes and Landscapes in the JDM Collection

The “Beauty & Newness of Life” aims at showing the beauty of nature through images and express the feelings of the artists depicting the nature. The undeniable need to preserve the landscape, is shown in the relationship between the artist and the land. These artists paint beauty in different ways and allow us to share our emotions, and desires. Namely, they capture the landscapes of California, Louisiana, New Mexico, France, Spain, Italy and other places. In particular, art features from Walter Chappell, Alan Feltus, William Higgins, Peter Hurd, May Kugler, Norman Lloyd, Stefan Lokos, and Bob Stuth-Wade ’71 are presented .

The Jesuit Dallas Museum recently acquired six lithographs by a famous Texas artist, Otiz Dozier that will be featured in the exhibition. Otis Dozier (1904 -1987) was a noted  member the Texas regionalist artists known as the Dallas Nine. Otis Dozier was also the teacher of David Bates and Dozier’s style was characterized by brilliant colors and strong forms and focused on the plight of farmers during the Great Depression.

His work is featured along with David Bates, David Collins, Sedrick, and Huckaby.

Stay tuned to The Roundup for more news on the Jesuit Dallas Museum!