More
JesuitRoundup.org is brought to you by:
Home Featured Jesuit Dallas Golf Tees Off In October Season 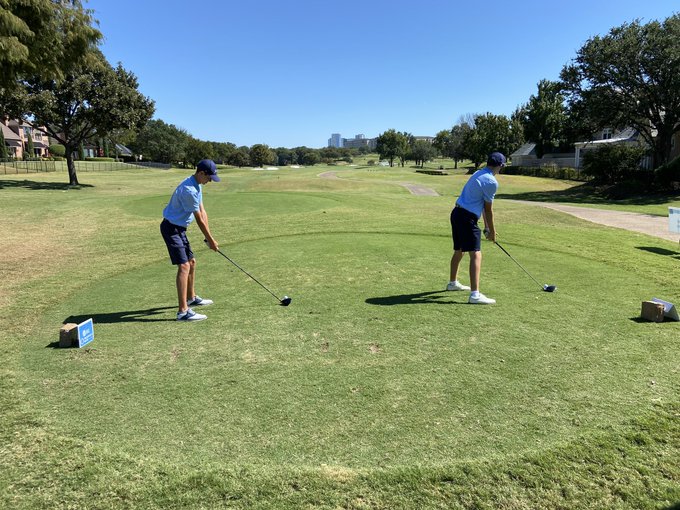 After a successful month of training meticulously and working together, the Jesuit golf team performed wondrously in their numerous tournaments this season.

This match was played on October 5, 2021, at Indian Creek Creeks GC.

Jesuit performed excellently at this varsity competition, placing 1st in the competition of 8 teams. Their total score was 317.

Jesuit performed extremely well in this competition, placing 1st in 10 teams, with a score of 309.

Jesuit performed well at this tournament as well, placing 4th out of 15 teams with a score of 345.

In individual results, Harrison Carter placed 4th with 78, Tate Williams with 86, Tim Sparks with 90, Connor Chisum with 91, and Andrew Reichert with 105.

Coach Marino said that “October was a very busy month for Jesuit Golf with five tournaments. The team did a great job with a JV win, a Varsity win, and a good 3rd place Varsity finish at the highly competitive Jay Brewer Classic in Texarkana. We have one tournament left this fall next Wednesday. It was a rescheduled tournament from November 3rd.”

Stay tuned to the Roundup for more news about golf.