More
JesuitRoundup.org is brought to you by:
Home Sports Crew Jesuit Crushes Charles Regatta in a Historic Performance 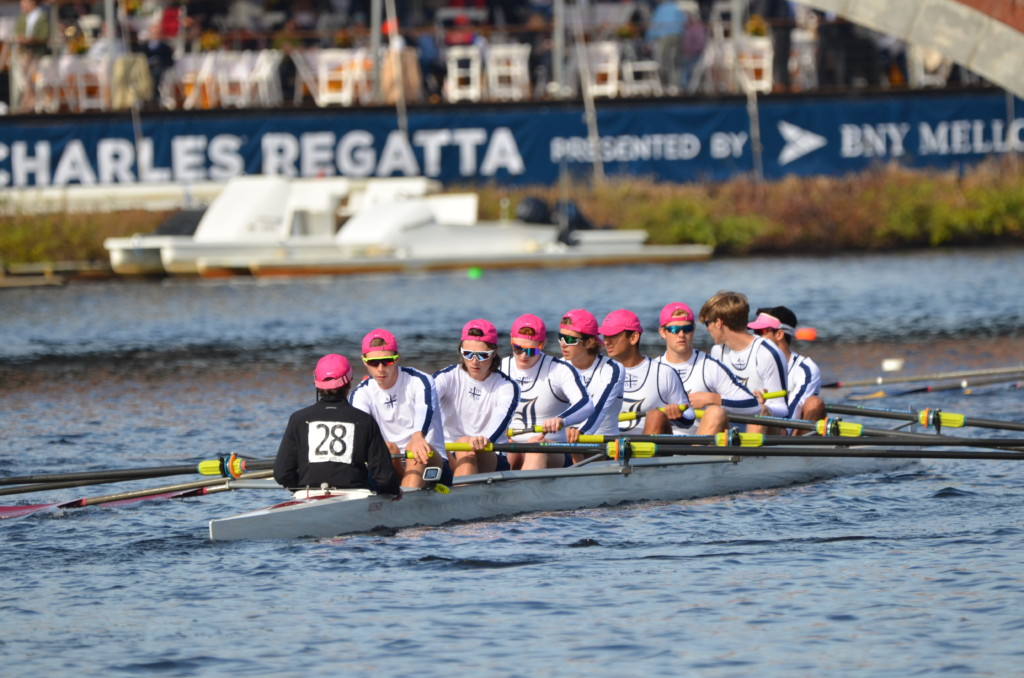 Crew is one of the most time consuming endeavors to undertake at Jesuit. Practices take up nearly every afternoon and evening, rob students of their school vacations, and thoroughly exhaust all the athletes at their completion. However, this hard work all paid off at the past Regatta, the Head of the Charles, as the Rangers finished with the highest placement in the history of the program.

The Rangers brought two boats to Cambridge, a varsity eight and four. The boats were highly selective, with the finest athletes Jesuit possessed being chosen to represent their school at this prestigious regatta. The varsity eight finished with a time of 14:54.205 in the 5k race, which was good enough for a historic tenth place finish.

Excited after their stellar performance, the bow seat of the Rangers varsity eight, Collin Landry, said “We are all super happy with our results, with both boats placing the best in the history of the program.”

Ben Graass ’20, a member of the stern pair, echoed this sentiment as he said “We went hard and fast; it went well, indicating how the rest of our season will look.”

After improving their placement by 19 from their last year’s finish, the Rangers certainly took a big leap forward over the summer and look to continue this improvement as they begin the upcoming Spring season in a few months.

The Rangers varsity four finished with a time of 16:57.6, which was good enough to snag another historic placement of ninth in another 5k race.

Roman Cave, a member of the four, emphatically stated how “I’m really proud of how we raced, especially considering the limited practice we got in our race lineups.”

The Rangers won first through third in the varsity four races, with the fastest time being 18:10.6 in a boat dubbed “The Fortnite Four” which was composed of seniors Matthew Sørensen, Colton Sochia, Ben Graass, and Collin Landry. The second place boat finished with a time of 18:20.9, while the third had a time of 18:21.6.

These regattas represented phenomenal performance from the Rangers, with fast times and friendly results in both of them, but the real grind has only begun for the Rangers who now prepare for the Jesuit Invitational at White Rock Lake, and then begin their winter training for the S.W.E.A.T. Regatta on their home turf in the Terry Center.