More
JesuitRoundup.org is brought to you by:
Home News Archives Jesuit Alma Mater, A History 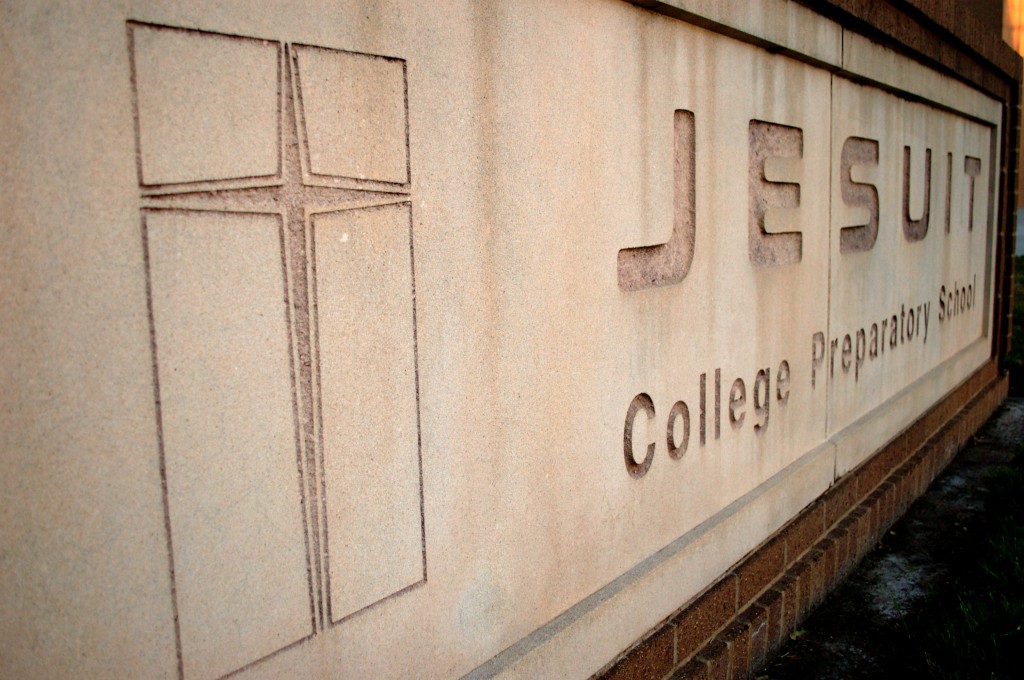 The Jesuit Dallas Alma Mater’s origins have been a subject of myth around the school for many years. The occasional murmur appears, though is quelled by waves of haters unwilling to believe. However, in order to find its origins we must look at our own: 1942, the year that Jesuit High School was founded on the old Oak Lawn Campus. Back then there was no Internet, no buzzing cell phones, no television, and no commercial airliners. It was a simpler time. The entire world wasn’t interconnected through an online web that made all information accessible to anyone with a computer. People had to use libraries. It was easy for history to be lost and, because of that, it is all the more difficult to find it. In that time, an important piece of information was among that which was lost, the origin of our school’s Alma Mater.

The current Jesuit Alma Mater reads: “Freedom and Brotherhood, Service and Friendship; Dear Mother, help us to cherish your dream. Lead us to seek truth and form us into your sons. Jesuit, implant in us all God’s love.” After hearing the song, several questions come to mind. For instance, where did these words come from? Who wrote them? What tune is it set to?

William Schuster ’58, band director from 1963-1974 and creator of the community service program, said that “I don’t remember having an Alma Mater until Father S.J. Rivoire S.J.” Father Rivoire arrived at Jesuit in 1952 as the band director, and was present when the second Alma Mater was being written in the 60’s.

The first Alma Mater was to the tune of the Duquesne University fight song, titled “Oh sing hurrah for the blue and gold.” The second Alma Mater was created by Father T.L Herlong S.J. at the request of Father Rivoire. In a quote from the Jesuit Archives, Father Rivoire said, “Mr. T.L. Herlong –now Fr. Herlong–at my invitation came forth with a new Alma Mater,” the Alma Mater for the school until 1972.

The second Alma Mater read: “Jesuit High we proudly hail thee our fost’ring mother dear Loyal sons we shall endeavor to keep thy teaching near To serve our fellow man with love, our country and our God With faith and courage all our life in the path Christ Jesus trod.” In 1972, the current Alma Mater was written and scored by Father Rivoire.

Father Rivoire was a big history buff who, according to Mr. Schuster, was especially interested in English and Russian history. The tune played when the Alma Mater is sung is titled “God Save the Tsar,” an old Russian song that was the Russian Empire’s anthem from 1833-1917. The lyrics were written by Father Rivoire, and the same song has been sung for 43 years since. When it comes to Jesuit Dallas history, there is a lot of grey area where no one is quite sure how certain traditions came to be. 73 years old, and the school still surprises us.