More
JesuitRoundup.org is brought to you by:
Home Sports Intramurals Intramural Soccer 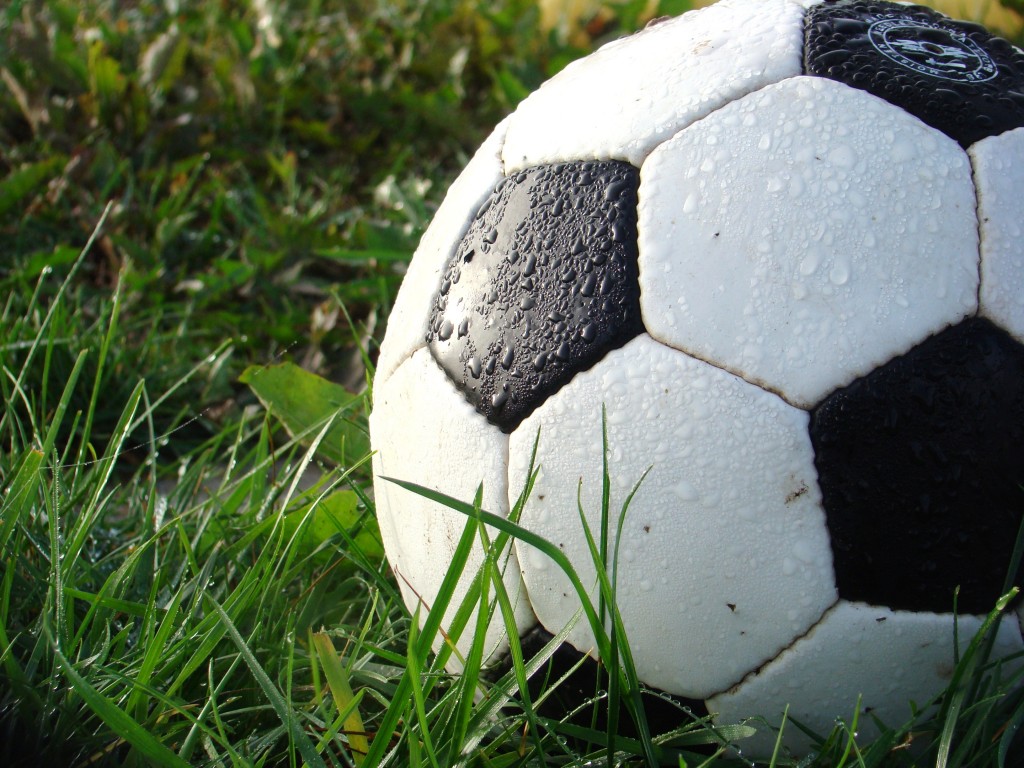 The intramural soccer program allows Jesuit students the opportunity to participate in a team sport, experience a sense of camaraderie, and release the stress of a long day at school. The idea for intramural soccer was initially proposed by a member of the Executive Intramural Committee Order, a group of students selected to voice the recreational interests of their individual classes.

The league first began four years ago under the direction of Coach Jonathan Alexander and it continues to attract participation from the student body.
Students interested in forming a team must enlist at least five participants, with each team member submitting an entrance fee of five dollars. The money collected from the players contributes to funds for the athletic program and is used to purchase the reward, typically a meal and a t-shirt, for the best faring team. The program also requests that participants set aside sufficient time to play games, although there are no repercussions for poor attendance.
Intramural soccer games are hosted once a week on Monday in the small and large gyms, and the players usually expect to dedicate an hour of their time in order to play both games. While waiting between matches, participants enjoy cheering on their fellow classmates and are allowed sufficient time to recuperate before joining their team on the court once again.

Junior Simon Hunt, an essential member of the team “Natural Sun Light,” uses this temporary break in the action to “analyze his opponents and come up with a game plan.”

Throughout the years, participation from students fluctuates, but according to Coach Alexander, “this has probably been the best year we’ve had so far.” This season also marks the highest level of attendance, with “all the teams showing up every single week” to sport their soccer skills. The program attracts students from all grade levels, and the wonderful experience leads many players to return the following season.
Coach Alexander believes that the relaxing atmosphere of the program greatly contributes to its success. Between academics and UIL sports, the pressure to perform well constantly weighs on the mind of Jesuit students. Intramural soccer strives to provide a stress free recreational activity “where the kids get do something that’s pressure free.”
The intramural soccer program, despite its competitive nature, promotes bonds of brotherhood and camaraderie amongst all players, even those belonging to rival teams. Although coach Alexander admits that, “when it comes down to winning the championship t-shirt and the wings, the competition gets pretty intense,” he states that he has not witnessed any unsportsmanlike conduct. Likewise, participant Jordan Martin ´14 agrees that “there’s no extremely aggressive behavior.”
Concerning the future of the Intramural Soccer program, the league’s director believes “if we can get the kids who don’t play after school sports to participate, it will stay strong and keep expanding.”  The program will continue to attract the interest of new members, along with the return of current players. Chris Wengierski ´14 tells that he will “absolutely participate again next season.” As long as Jesuit offers the program, students will continue to support intramural soccer and express their love for the sport.