More
JesuitRoundup.org is brought to you by:
Home Featured Ice Cold: Which Cup Reigns Supreme? 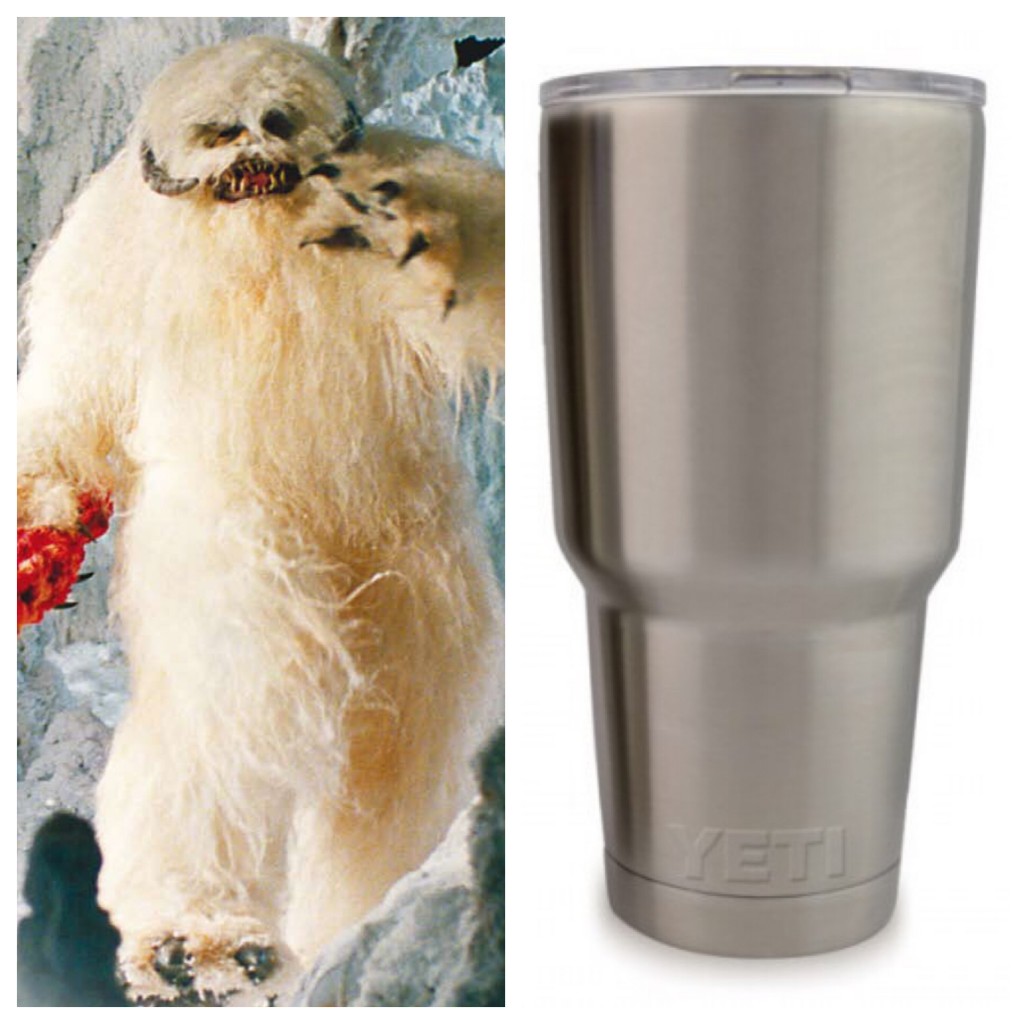 Weighing in at 400 lbs and measuring almost 10 feet tall, a great white-furred behemoth ducks its snow speckled head, entering into its icy cave. Tauntaun bones scattered about the snow covered floor and a young Jedi in training hanging from the ice ceiling, the bright white monster tromps into its cold home with its dagger-like teeth bared, ready to consume the young Luke Skywalker. With a “PSSSHHEW,” the bright blue lightsaber simultaneously lops off and cauterizes the beast’s severed arm, allowing our gutsy hero to narrowly escape his seemingly inevitable demise. Although technically this frigid foe is called a “Wampa,” the inspiration for this Star Wars monster is clear: a yeti.

The yeti is traditionally a polar bear type beast that lives in inhospitably cold environments, like Hoth. Mirroring its frigid roots, the Yeti Rambler keeps beverages “as cold (or hot) as science allows,” according to Yeti’s website. Yeti prides themselves on over-engineering a simple tumbler cup with 18/8 stainless steel and double wall vacuum insulation, and the amount of thought put into the cup is nothing shy of spectacular. But greatness inspires other competitors to rise up to the same level. For example, many cups that are nigh identical to the yeti have popped up, like the RTIC Tumbler, the Ozark Trail Tumbler, and the Orca Chaser, all of which boast the same stainless steel material and double wall vacuum insulation, but which one is really the best? Which is the best value? What’s right for YOU?

Let’s break down the options, starting with the OG.

People always say that the original is the best. The Yeti Rambler

redefined what it meant to keep drinks cold, setting the gold standard for insulated beverages. The technology and materials used by Yeti are identical to those used by containers that hold liquid nitrogen, revealing the extremely high degree of engineering that was poured into a simple cup. One of the only downsides of the Yeti is the price, which is much higher than most of the competitors. Many people regard the Yeti Rambler as the best cup on the market, such as Evan Bausbacher ’17, who exclaimed, “Yetis are way better at keeping drinks cold compared to every single one of its competitors. And if you’d rather have a cheaper cup, then you’ll be sacrificing quality for cost.” You can buy the Yeti Rambler at local sporting goods stores or online (here) in 10, 18, 20, 30, 36, and 64 oz. sizes.

The second most popular cup in this article, the RTIC Tumbler basically copies the Yeti’s design with the same grade of stainless steel and double wall vacuum technology, looking almost indistinguishable from its high-priced counterpart. RTIC have also created a splash proof lid to combat a normal complaint of Yetis, for the lid has a drinking hole which never closes. The cup is almost identical and 63% cheaper! It is a very good deal to be sure, but not the best on this list… Proponents of the RTIC, like Senior Bobby Turner, claim, “The RTIC looks the same and holds ice just as well, but it’s cheaper. It also claims to hold even more ice than Yetis, but I haven’t personally tested this. Even if it only holds just as much ice as its rival, the cost alone makes it a no-brainer to me.” You can buy this at certain superstores, sporting goods stores, and of course online (here) in 10, 20, and 30 oz. sizes and also in many colors too!

Right off the bat, this cup is the least recognized on this list, but that

doesn’t necessarily make it the worst. The Orca boasts the same tech as the Yeti and the RTIC with its own unique shape and design. The orca tail logo makes this cup easily the best-looking cup without any additional designs or monograms. This cup does fall short in two categories: price and volume. As you can see, this cup costs the same amount as the 30 oz. yeti, yet it holds 3 ounces less. This flaw is not one that’s easily overlooked, and we could not find any Orca cups on campus to get an opinion on. You can get the Orca Chaser easily online (here) in 20 and 27 oz. and more colors than any of the other competitors, making this the most designable cup on this list!

The Ozark Trail keeps the same 18/8 stainless steel and double walled vacuum insulation as the rest of the cups and also keeps the classic look of the Yeti and RTIC. The Trail has one big advantage over all its other competitors, its ridiculously low price. It costs less than $10 dollars while Yeti costs just a hair under $40! Dollar for dollar, the Trail is the best cup on this list. Ozark Trail Fanatic John Nuchereno ’17 proudly stated, “In an experiment, the same amount of ice was stored in a Yeti, an RTIC, and an Ozark Trail. Every 8 hours water was drained and the ice was measured. At the end of the experiment, the Ozark contained more ice than both of them, with RTIC coming in second and Yeti in last, not to mention the amazing money savings that come with buying the Trail over a Yeti.” You can get this amazing value at your local Walmart or online (here) in 20 and 30 oz. sizes.

Be sure to stay tuned to The Roundup for more reviews of things that matter to YOU!