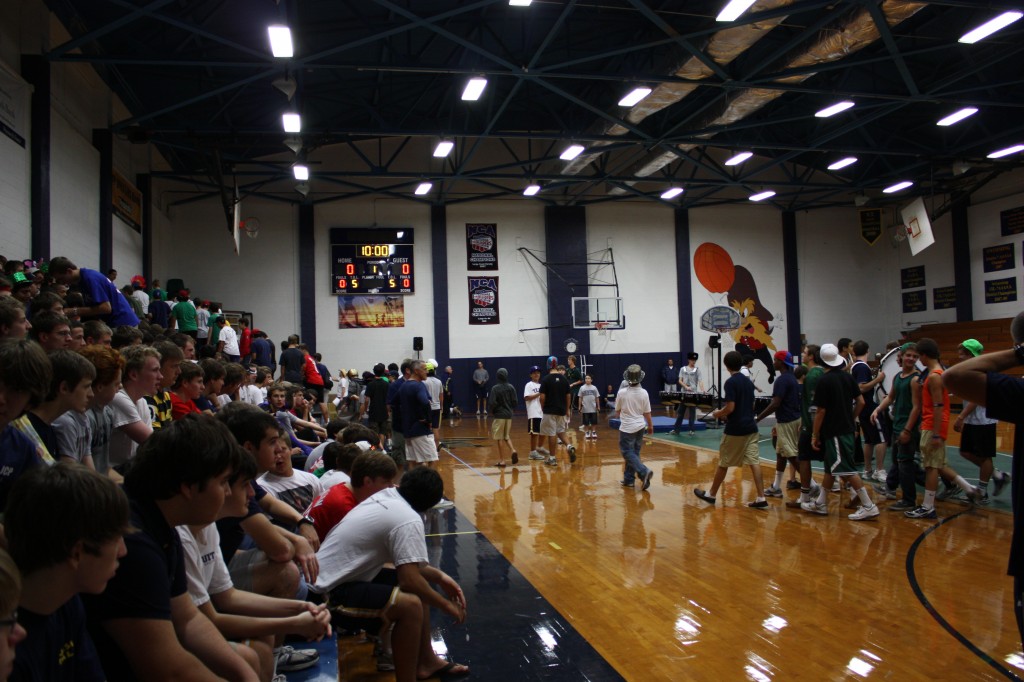 Ah, homecoming. That time of the fall when we all break out those flashy mums and slick suits for a weekend of fun and excitement starting the Friday of Ranger Day. 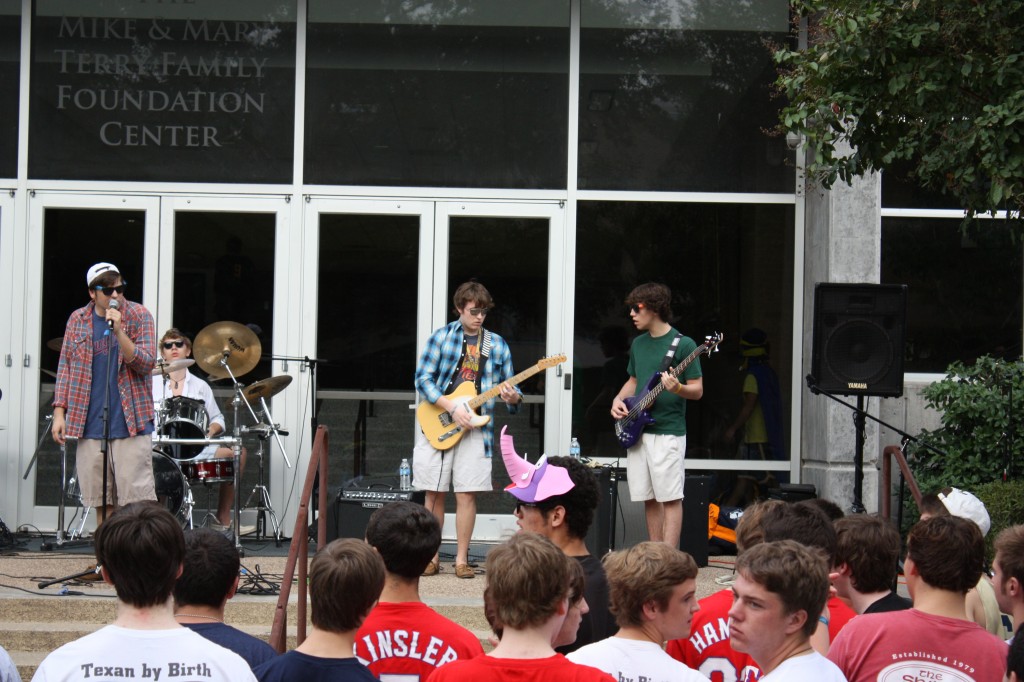 The pep rally festivities were kicked off by the first-ever Slam Dunk Competition in which the junior class was proudly represented by Michael Holder and Chris Steiner. The stakes were highest for Mike Holder, whose dunk partners backed out of the intense skit at the last minute, leaving him to improvise a completely new dunk. “One guy was supposed to be riding a mastodon while wearing a shirt that said ‘Grendel the Troll’ and I was supposed to be Beowulf the troll slayer who would behead the hideous troll,” lamented Holder. Sadly this skit was not meant to be, as Holder walked out onto the court alone, nonchalantly putting the ball up into the hoop. After the wild and rowdy pep rally, the crowd moved outside in front of the Terry Center where the Topsiders set up to be Ranger Day’s opening band. Lead singer Davis Bruegger said, “It felt as if everyone’s eyes were on us and that we had to play the best we ever have. 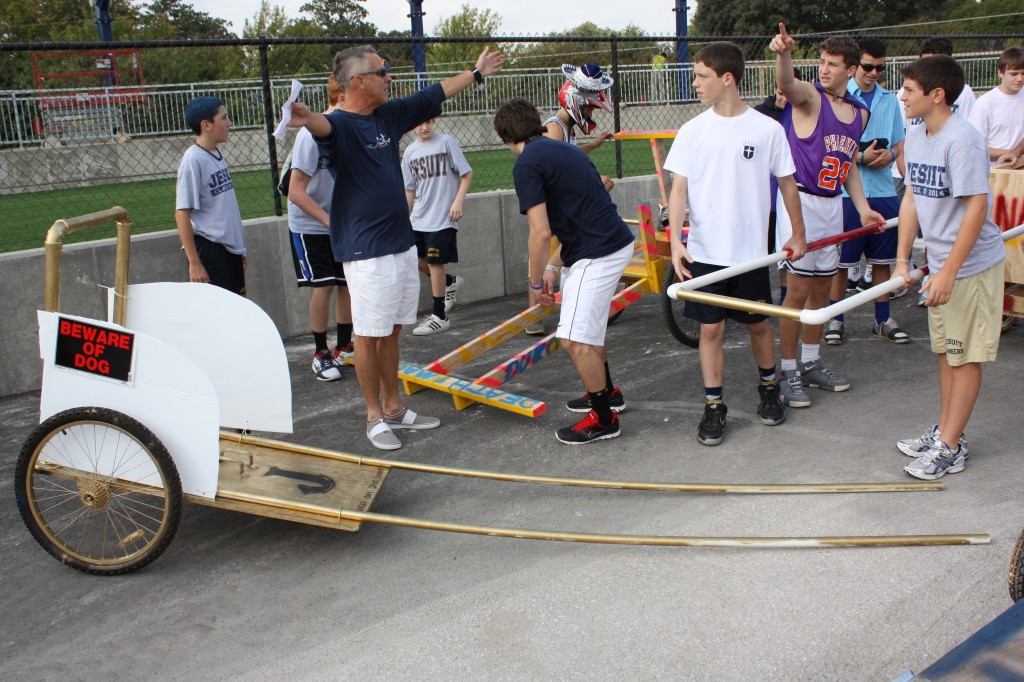 It was completely exhilarating watching all of those people flood out the doors as we struck the first chord.” Festivities filled the air throughout the day leading up to the game, where spirit and support for the Rangers exploded. James Tabije, a member of the drum line in the JURB, said, “As we marched over playing our cadence I could see how many people were in the stands; they were packed. SO packed! I’ve never seen a home game where our stands held that volume of people.” Now fast forward about 24 hours. Dance night. Infomart. Although the seniors were decked out in various outrageous costumes like Santa Claus, the Mad Hatter, and a Snickers bar, juniors still stood out with sharp suits and captivating dresses. Guys and girls alike turned heads, and those on the dance floor moved with a grace and style that can only come with having a great time. 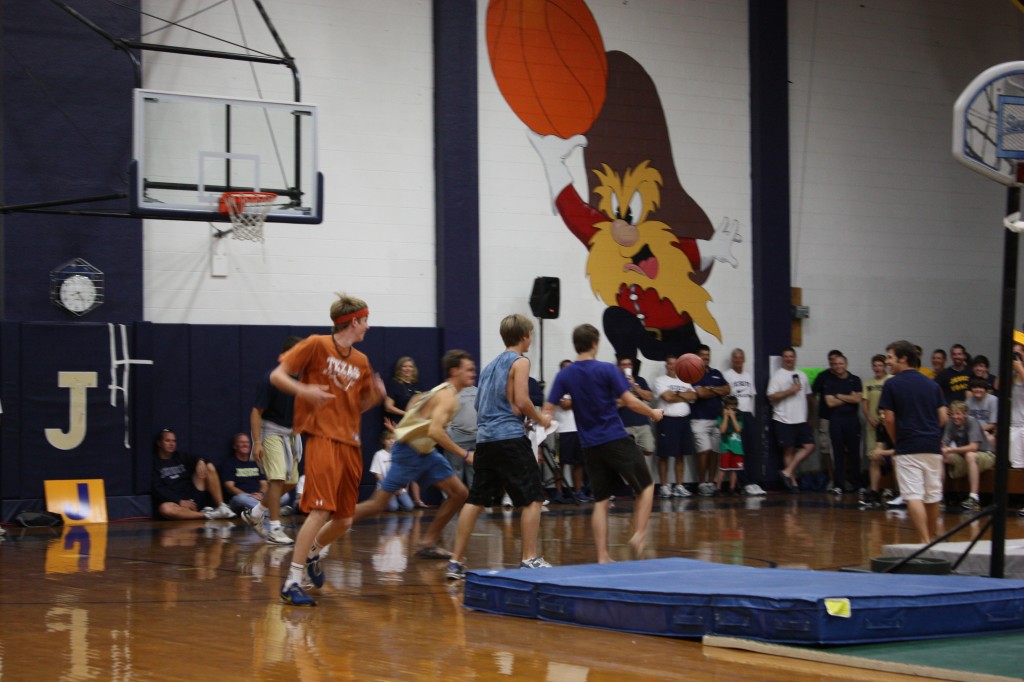 “There was something there for everyone,” said Forrest Smith, “whether it was dancing, blackjack tables, or just talking to groups of friends. And I’m definitely excited about the costumes next year.” Dateless Garret Martin said he had a great time. “Even though I didn’t have a date the dance was still awesome. 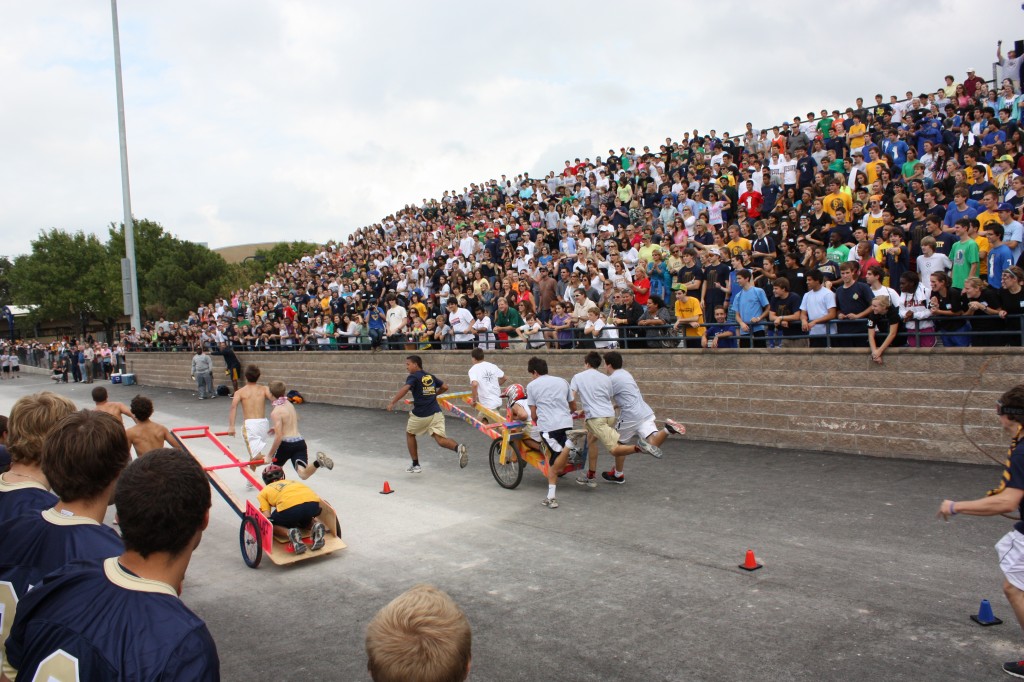 I had fun.”  The consensus on homecoming: it was a freaking awesome time. Everyone had fun and the juniors greatly look forward to wearing costumes next year, a privilege that comes with being a senior.