More
JesuitRoundup.org is brought to you by:
Home Academics English Harry Hines to Oak Cliff, Seminar Sees Every Inch of Hispanic Heritage 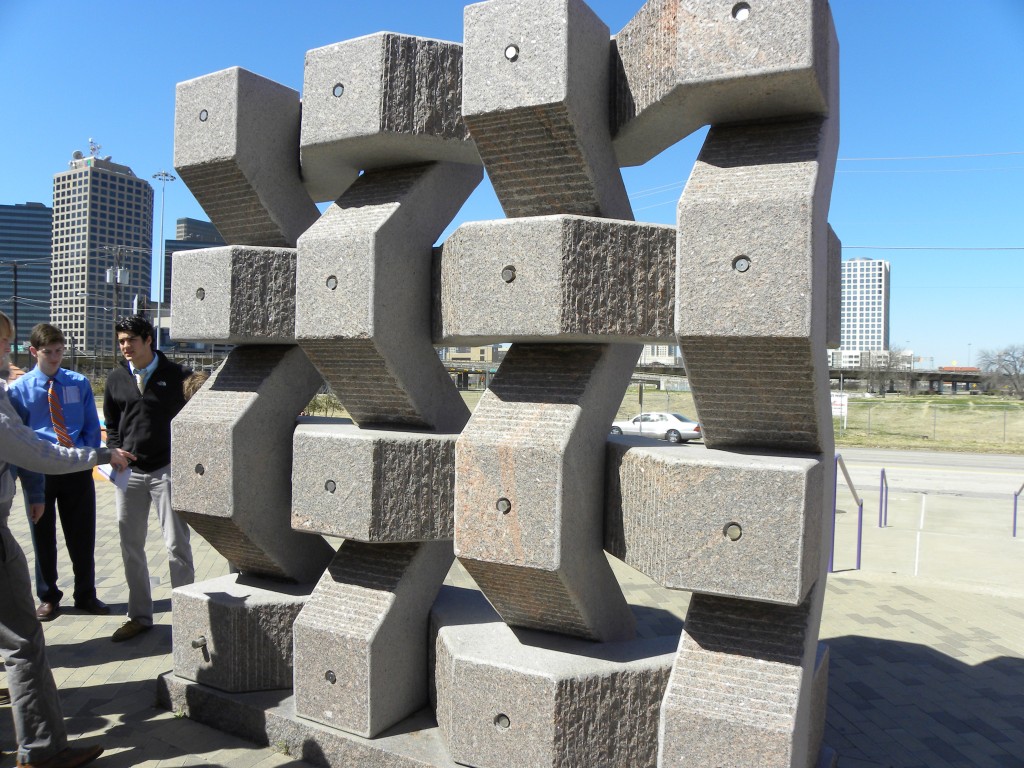 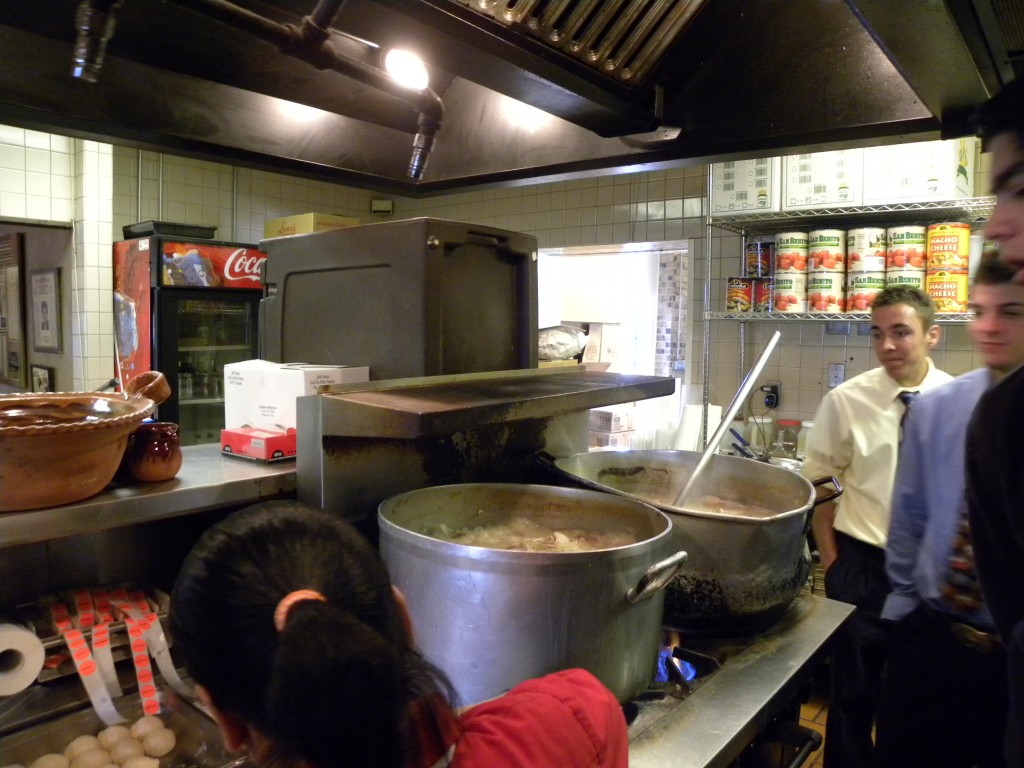 When someone suggests going to Harry Hines or Oak Cliff they are often greeted by a grimace or a groan. Ms. Sheryl Row’s senior honors English Seminar class got to see why these areas are fascinating, integral pieces of Dallas culture especially Hispanic culture. Past the clubs, bars and railroad tracks rests Luna’s Tortilla Factory, a family business since 1924.  The original location sits in the midst of Downtown Dallas near the original Little Mexico that was shamefully scattered after the creation of R.L. Thornton and Stemmons Freeways. 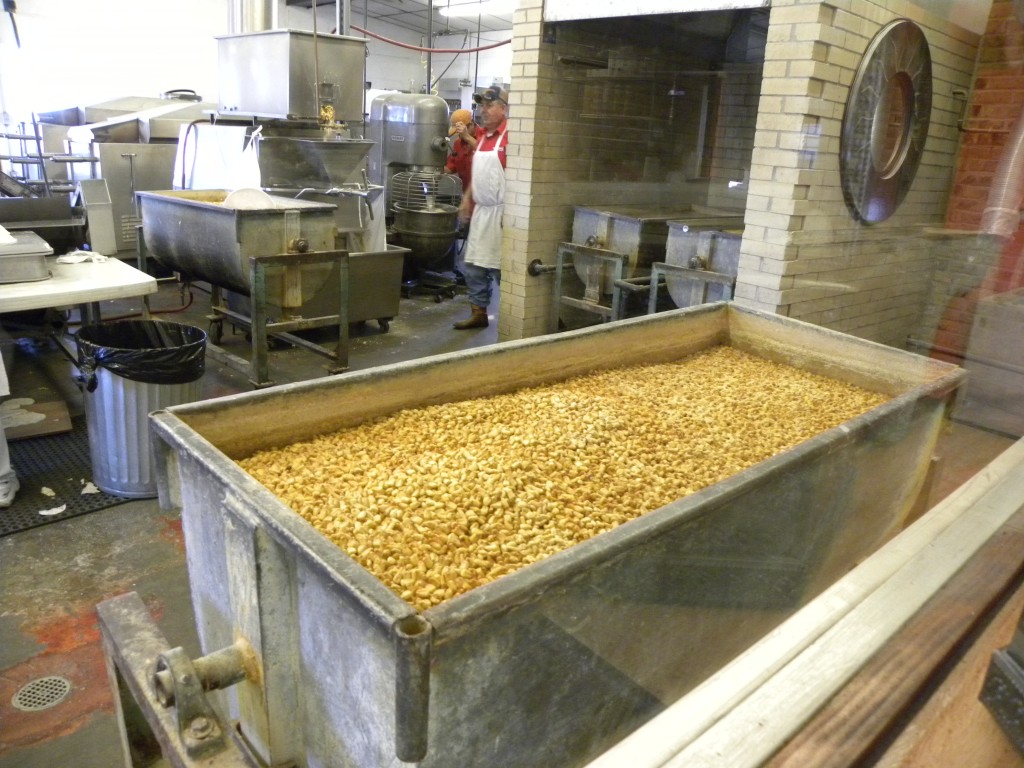 Fernando Luna, a third generation Luna, runs the family business, and for the past 87 years a Luna has opened and closed the factory every day. After touring the factory and testing, and tasting tortillas, corn chips and tamales fresh off the assembly line, seniors Max Barretto and Jason Caire came to the conclusion that they could no longer go back to anything less than Luna’s tortillas. 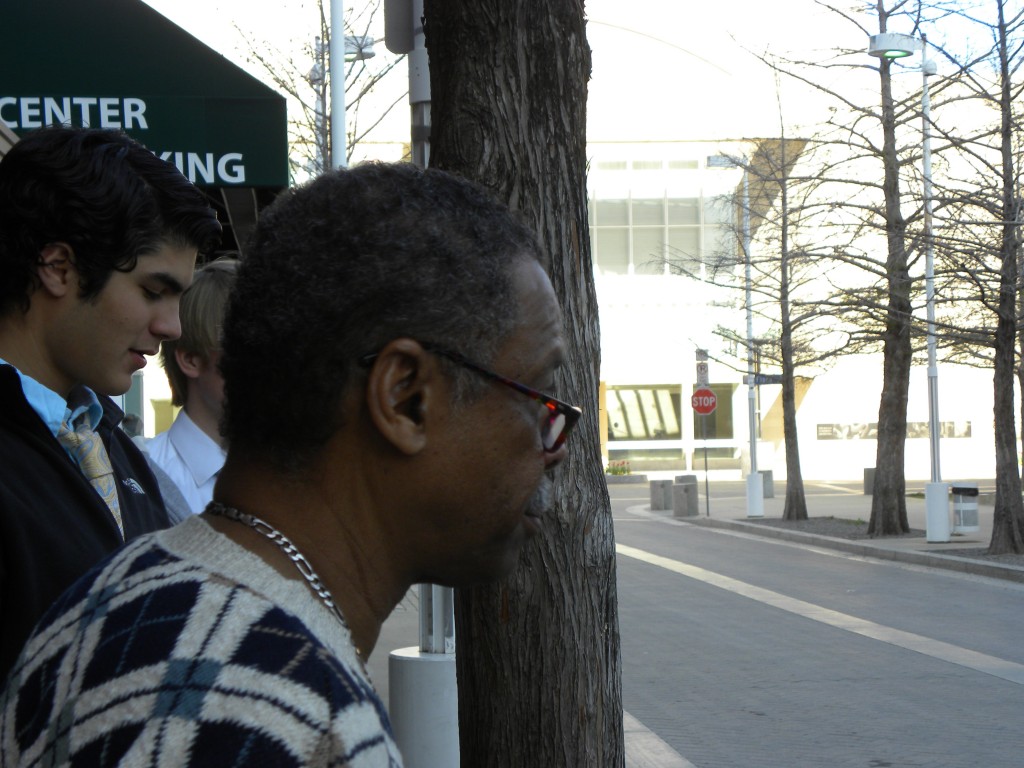 The trip took Seminar southward down the streets north of Children’s Hospital and the Trade Center, home to several Hispanic communities. A small baseball field and apartment complex, emblazoned with the sign “Little Mexico” squeezes in between the Tollway and American Airlines Center.

Into Downtown the class learned about St. Ann’s, the school that once serviced Little Mexico.  Portions have been restored and contain a small café.  We moved on to the Cathedral Guadalupe which has one of the largest congregations of Hispanic Catholics in the city and the state. The class learned the history of the building, of its stained glass and iconography of Dallas’ beautiful Cathedral.

Seminar’s next stop took them toward Baylor Medical Center where they enjoyed the local artwork, paintings, sculptures and murals of the Latino Cultural Center.   Ryan Blum avidly picked up a pamphlet for a photo-documentary of 50 years of the Peace Corps and swore to return for the exhibit. The bright orange and purple edifice belied nothing of its pieces. Each one seemed more vivid, colorful and occasionally chromatic than the next.

The final leg of the tour took the Jesuit students south of the Trinity into Oak Cliff. Driving down Jefferson and Davis students got their first glimpses of a vibrant, Mexican culture with Quincenara Boutiques, Check Cashing offices, and the ancient Charco-Broiler clogging the streets.  Not incidentally the students saw the segregated water fountain left from an earlier, ugly time in Dallas history. Farther to the west the Seniors caught glimpses of both well-kempt, sprawling homes and cluttered, chain-linked abodes within blocks of each other. At Edgefield and Jefferson the bus halted at a LULAC educational center located where the first Dallas 7-11 once stood.

LULAC, one of the oldest unions and political groups has represented and aided Hispanic citizens since the 1930s. Sitting across the street from magnet school Griner, LULAC offers tutoring, job skills classes and mentoring programs to anyone willing to walk in the front door. Thomas Ackels readily offered his and any other Jesuit studen’ts services; he was more surprised that this hadn’t become a senior service site already.

Little Hispanic architecture has survived the Dallas wrecking ball but Latino heritage has prevailed. When taken as a whole Dallas represents the most eclectic of backgrounds, demographics and environments.  All are worth learning about.