More
JesuitRoundup.org is brought to you by:
Home Featured Golfers in Spring 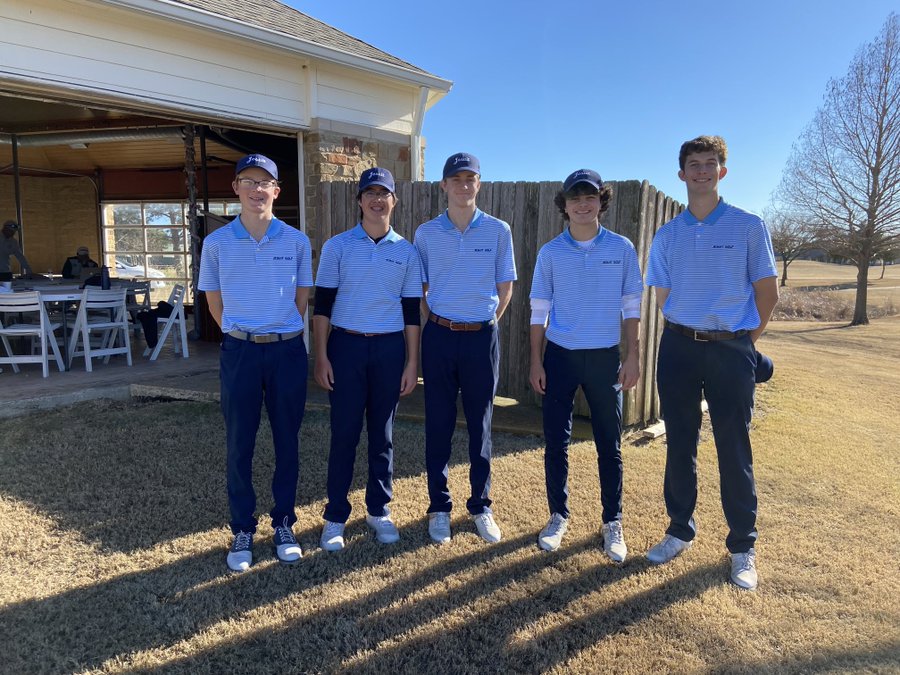 Throughout the current semester, the Jesuit golf team has been tirelessly practicing and readying themselves to compete in several tournaments, and that practice has paid off. Through countless hours of training and growing closer as a team, the golf team has competed very well in a good number of tournaments.

The Flower Mount Invitational tournament took place from 1/17/22 to 1/18/22 at the Tangle Ridge Golf Course in Grand Prairie.

Out of the 18 teams competing, Jesuit managed to place an impressive 3rd overall. Individually, Reese Roberts had a score of 159, placing 3rd. AJ Adams shot 159, Max Chan with 162, Nicholas Norris with 162, and William Jackson with 195.

This varsity match took place on February 14th at the Gentle Creek in Prosper, Texas.

Jesuit placed 5th in the tournament. Individually, Sean Mello shot an impressive 74, Oliver Naumann shot a 77, Hayden Montpas with a score of 86, Josh Estes and Michael Lohner both with scores of 89, and Zac Crosby with a score of 95.

This tournament took place for both junior varsity and varsity on February 28th at the Brookhaven Country Club in Dallas Texas,

Jesuit placed exceptionally well, placing 2nd in varsity and 1st in junior varsity out of all the teams.

The Region Preview gave both Varisty and JV another chance to compete at the Sherill Park Golf Course in Richardson, Texas. 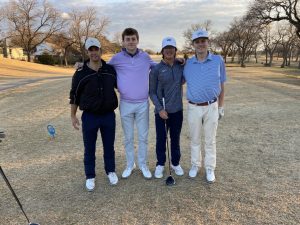 In an interview with Varsity golfer AJ Adams ’23, he noted that “Although the conditions were hard, I’m proud of our team’s perseverance and ultimately how we ended the tournament. We played well and learned more as a team.” The team looks forward to the offseason to help prepare for the upcoming Fall season.

Stay tuned to the Roundup for more golf news.