More
JesuitRoundup.org is brought to you by:
Home Sports Baseball Freshman Baseball Dominates the Season 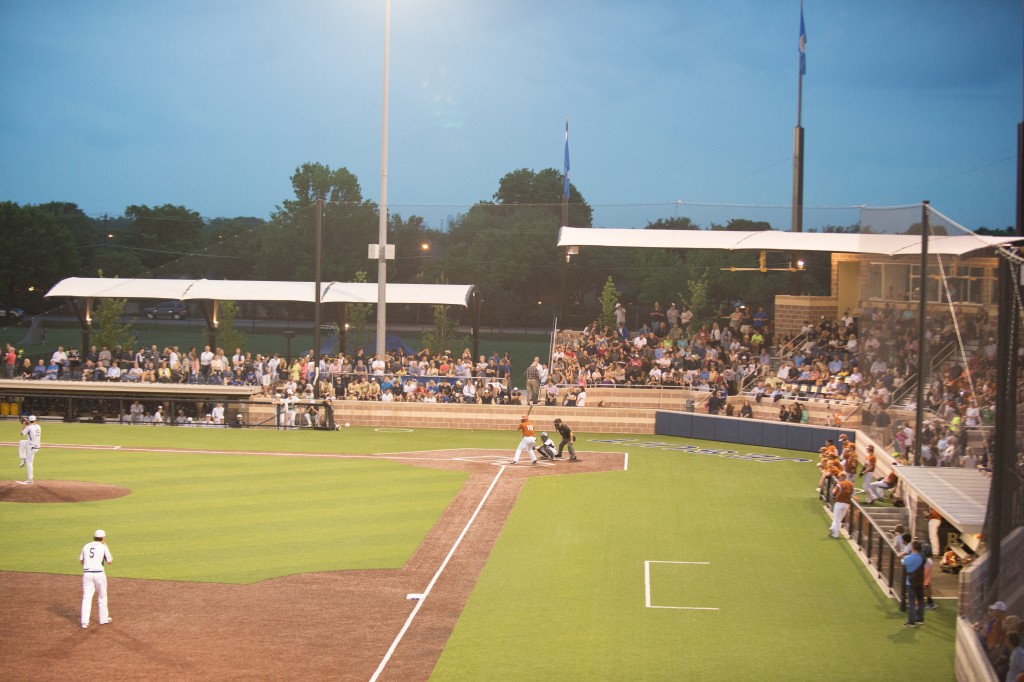 He steps into the box with a firm and steady stride. Planting his back right foot into the red, perfectly raked dirt as his foot rolls heel to toe, he aggressively rotates on the ball off his foot by twisting his heel in a back-and-forth motion using the overly cramped toes as a pivot point inside a new black Nike cleat. He waits for the perfect pitch to drive and begin the game for the Jesuit Rangers.

This year’s group of freshman, the class of 2019, has had a phenomenal season.  Several players should be watched closely as they move through the program.

As tryouts for the freshman team begin in January, fifty young athletes attempted to make the cut during the week-long process each year. Of these fifty, forty had played some form of select baseball on a club team outside of just playing for their middle school or for the YMCA. Out of those fifty, thirty were cut to fill the twenty-man roster this season, loading the freshman baseball team with a lot of talent!

The purpose of the freshman season is for players to begin working together and to form bonds for later years as players develop through the Jesuit baseball program. Coach Jones talked about the importance of the freshmen season saying, “Having a freshman team is the future of our program. The freshman season gives us the opportunity to teach our players how we want the game to be played by introducing the terminology, techniques, and style of play that Jesuit is known for.”

The freshman baseball class each year elevates Jesuit’s freshman team above the competition against the other schools in district. The Jesuit Rangers freshman baseball team dominated the competition for their first year in high school baseball with the jaw-dropping record of 23-3-3. This freshman team has much more potential than previous years, achieving 23 wins. Only losing to three teams, Flower Mound, South Lake, and Wakeland, the team enjoyed every minute of the season and the lasting relationships that they formed through the love of the game.

Freshman baseball player Julian Colombo commented on the outstanding season noting, “The team chemistry was rocky at first because we were all coming from different schools and teams. However, I think we played great as a team and continued to improve throughout the season and ended up working well with each other, on and off the field.”

One asset that gave Jesuit’s team the upper hand was their deep pitching staff. No other freshman team had the pitching depth of our Jesuit Rangers and this propelled them to perform well on the mound deep into the games. Garrett Reuben ’19, a pitcher and infielder, led the pitching staff with the lowest ERA with .840 and had a total of four wins for the season, tied with three other pitchers on the team.

Not only could Reuben throw the ball for a strike, but he could also swing the bat with a total of 19 RBI’s, tied for the most with Caden Carlson ’19, a pitcher and infielder. Trevor Dobbs ’19 and Colombo led the freshman team in hits with a total of 27. Despite all these statistics, Miles Page ’19 led the team with the highest batting average of .467 on the season.

One player who has stood out this season and will be someone to keep your eye out for in the next couple years is Jaden Woodson. Woodson played in the infield but hurt his ankle early in the season and was required to take some time off. However, everyone in the Jesuit program sees Jaden as a future starter on varsity and looks forward to seeing him develop.

Trevor and Cameron have two different body types, but both play with very similar playing styles. The future looks good for Trevor, who commented about having an older brother already in the program, saying, “You get to know the system before you even get to the school and you get to know the coaches as well. It’s exciting coming to the games and looking forward to when you’re going to get to play there.”

Garrett Reuben, younger brother of former Jesuit baseball star and current Cisco baseball player Grant Reuben ’15,  was worried about having to play behind an older brother, but has gotten past it noting, “At first, I was a little nervous because of all the pressure, but once I settled in, it’s been fine.”

Coach Grimes, the freshman baseball coach, added, “This group was a lot of fun to work with. They are talented, work very hard, and have tons of personalities. I look forward to seeing them grow and develop.”

Although the freshman season is over, the varsity playoff run is just beginning so be sure to come out to the games and support the varsity baseball team.