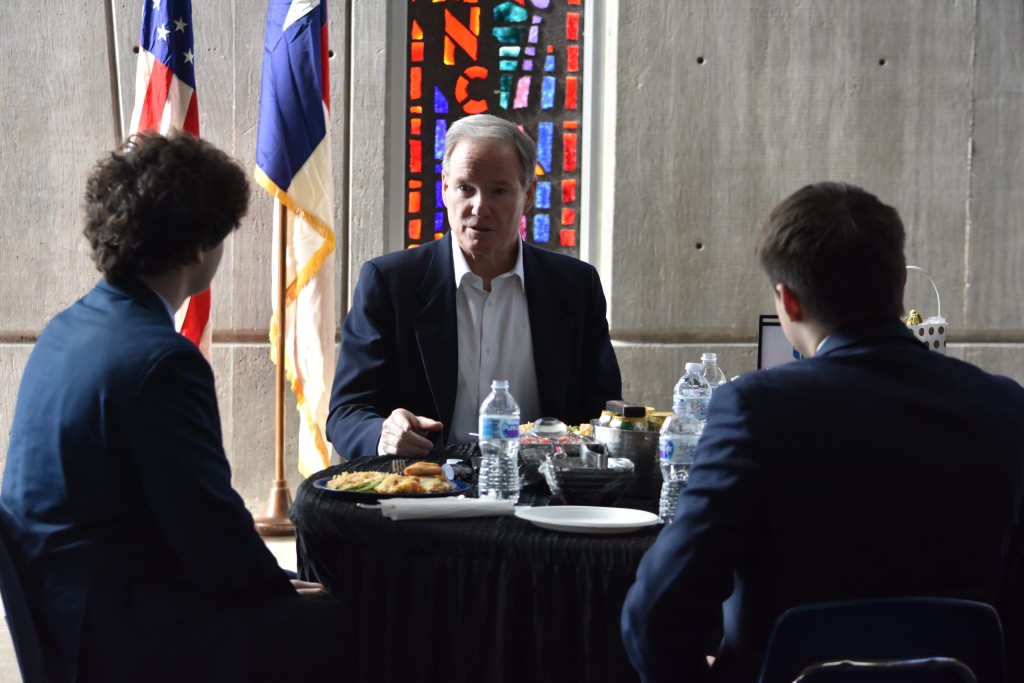 Recently, The Roundup had the privilege to have lunch and an interview with Dr. Patrick Walsh, a four-star admiral, former commander of the U.S. Pacific fleet, and Jesuit class of ’73 graduate.

Former Roundup managing editor Payton Maher ’13, previously explored and published a piece regarding Admiral Walsh’s career success, but this time Joseph Guidone ’23 and I dive deeply into his thoughts on current global conflicts.

In this two part series, China is our first talking point.

As Admiral Walsh puts it, “Although Ukraine is front page news, and will be for a while, the real issue everyone needs to be aware of is out in Asia.”

So lets begin unravelling the causes and effects of China’s controversial and atrocious actions.

You wrote that to prevent Chinese aggression in the Pacific, there needs to be “mutual defense agreements, bilateral alliances, and security obligations” with intimidated nations in the region. How might these alliances escalate or deescalate conflict with China? For instance, Russia appeared to invade Ukraine in fear of the nation creating stronger ties with Western Europe.

“I wouldn’t confuse what Russia has offered as a public narrative as being essentially what their motivation was for invading Ukraine. I think we’ve tended to accept what the Russian narrative was right off the bat – that it was fear of NATO which caused Putin to warn everyone he was going to do this, and then he did it.

In the course of invading Ukraine, and then trying to level and occupy it, he’s done what no one else could do: unify NATO. I think China is surprised by the consensus reaction from countries around the world, to the point where everyone is now in a position to condemn or sanction Russia. This puts China in a very awkward position of trying to support something that is outrageously murderous and inhumane.

Russia’s aggression is a good example of how to galvanize international opinion and how important that opinion is in the international economic environment we’re in. Sanctions now take on a greater degree of importance and impact, in which Russia is feeling the pain, and countries in the region are ready to turn to alternative energy sources and raise internal revenue dedicated to their own defense in ways that really we haven’t seen since the end of World War II.

The fear that many have about say, Taiwan, really has a lot to do with how a conflict would start. If Taiwan was vying for its own independence, publicly taking that position and brandishing that as a way to rub it in China’s face, then I think the United States in particular would look at that and say, that’s not what we signed up for.

On the other hand, if China is making very overt and aggressive actions that infringe on the democratically elected government and do it in such a way that is very intrusive into the internal affairs of Taiwan, then I think both the United States and countries in the region would rally to the defense of Taiwan.”

Do you think the global response against Russia has deterred China from continuing their aggression in the South China Sea, or do you think that will cause them to come to Russia’s defense even more?

“I think it’s given them pause. China is evaluating this situation, they’re trying to understand what it means to commit an outwardly aggressive and barbarous act of invading the sovereign territory of another country, and they’re seeing the serious consequences from international opinion.

There’s also a real challenge with the internal Chinese economy and demographic right now in ways that are not supportive of overly aggressive acts. The Chinese government hasn’t ever taken this kind of risk since their one child policy. In other words, they’ve never really tested whether the citizenry supports such aggressions. 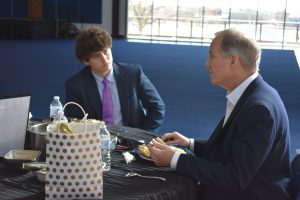 Once Chinese citizens start to feel the cost of war, which they haven’t felt in generations, then I think it’ll have a different impact than what many have calculated on the part of the Chinese. Xi Jinping thinks he can pull on the national heartstrings of China, referencing the century and a half of shame that they experienced during the colonization of mainland China, during the opium wars, the boxer rebellion, and years that followed.

Though many in China subscribe to that opinion, that was before the communist party took over China. The current party has taken such a firm grip on the leadership positions, as well as the future of the Chinese citizens. That’s going to be a real challenge for governing leadership in China: maintaining that grip and hold as the middle class grows, as people start to understand what it means to be free. The citizenry has realized that the communist party has put their future at risk and, more importantly, the future of their families, which has had just one child to support the family history. That puts at risk a lot in the view of the average Chinese citizen.”

Due to the changing Chinese demographic, will the communist, authoritarian government diminish in influence?

“The future of communism is at risk.

If you look at Vietnam in particular, that’s a good bellwether of where communism is going in terms of a governing sort of body. Vietnam has become more and more economically dependent around the world. It has invited more free trade and more entrepreneurship to establish itself. Watch the progress in Vietnam, then watch the waning prospects of communism in Vietnam. Eventually, it’ll look more like Singapore than it will like China or like Russia.”

Due to its extreme debt and an upcoming generation which won’t be able to support the older generation, is China bound to lose the trade war with the United States?

“I don’t think I would simplify it quite to that extent. There’s a number of factors that affect both economies. Certainly there’s a drive to now bring manufacturing back to the continental United States. If you look at what’s going on in the greater Phoenix area right now, you’ll see an amazing amount of construction that’s underway in order to bring Taiwan semiconductor production here, the whole electronic suite that goes with appliances, automobiles, phones, etc. Increasingly, we have a real deficit in the overall supply chain to provide semiconductors to industries, and that goes across all industries in the supply chain.

However, we need to recognize that the United States has taken on more debt, which is one of the reasons why inflation is now climbing at a rate that’s very difficult to control – that’s why you see the FED wrestling with how they’re going to get their arms around inflation. This does not speak well in terms of our future. And when you look at the mandatory government programs – social security, Medicare, and Medicaid – and you look at those obligations into the future, you’ll see that we’ve signed up for more debt.

Until there’s a real reorganizing of the U.S. budget, U.S. monetary policy is going to be following a number of initiatives which accumulate more debt. As long as we continue to do that, we put our future in jeopardy.

So it’s hard for us to be critical of the Chinese economy and say we are ascendant. I don’t know that either one of us are.

Regardless, what governments have to be careful for in times of economic stress is causing elevated tension between nation states thus actually starting a war; they have to be very mindful that trade wars can become very fractious and create the conditions where countries become increasingly more aggressive to protect their own interests.”

How do you think nations are responding to Chinese genocide of Uyghur Muslims?

“Well, it’s the Uyghurs, and it’s also Hong Kong. In addition to that, there’s been a movement of Chinese troops to dispute territory with India and states in the South China Sea.

The question becomes: what does that trigger on the part of the international community? There are many who would like to look away because they’re so indebted to China; or corporations accept Chinese money then aren’t vocal against China’s unethical practices.

I think countries slowly are waking up to what the costs are of having a relationship with China. I’ts loss of intellectual property; it’s loss of a country’s autonomous ability to make independent judgment. For example, a government’s renunciation of a relationship with Taiwan often accompanies direct investment from China.

Still, countries are realizing that China wants to own the narrative; they want to reorder the world order, redefine the rules based system into a system that follows their rules and their thinking.”

Do you think nuclear annihilation has caused many Western nations to back away from China?

“Well, there’s never been a war with a nuclear armed country; that’s one of the reasons why the acquisition of nuclear weapons is so attractive. If you’re Iran or North Korea, and you’re listening to countries like the United States talk about regime change, then you want to obtain nuclear weapons. That’s the quickest way to assure the continuation of your regimes operations.

Currently, Russia has effectively deterred us from being involved in Ukraine by the threat of escalating their nuclear forces. In the world of nuclear standoffs, it quickly becomes a game of mutually assured destruction, which is self-defeating, so countries never have pulled the trigger.”

This concludes part one of Admiral Walsh’s geo-political insight, specifically regarding China. Comeback for part two where we discuss the current conflict raging between Ukraine and Russia.

Tune into the Roundup for more global news coverage!