More
JesuitRoundup.org is brought to you by:
Home News Academics Finding Your College 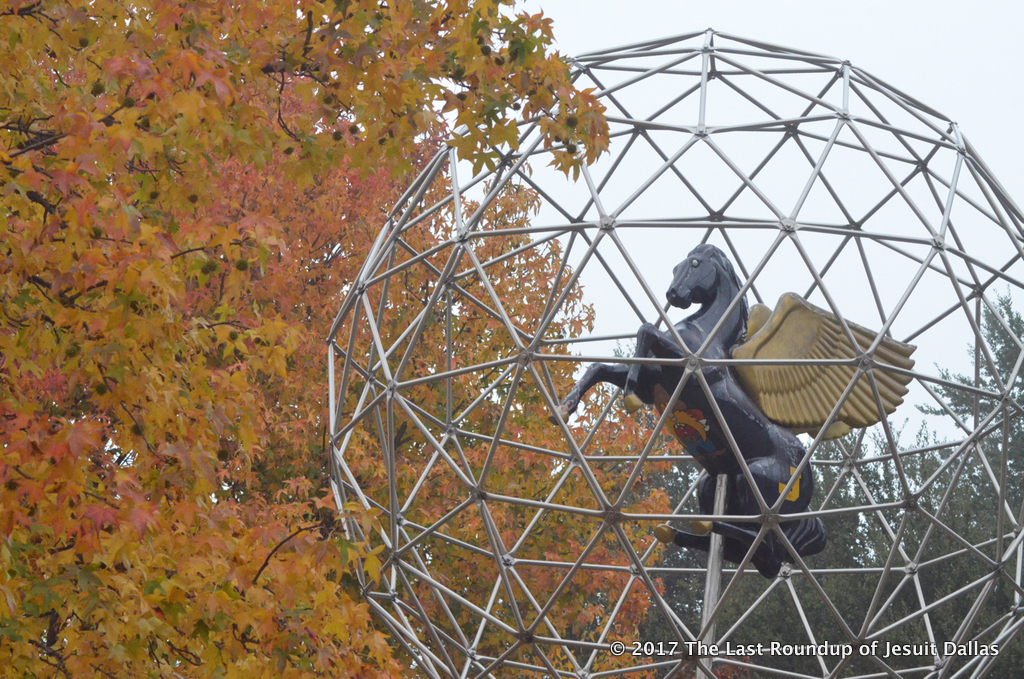 The College Admittance Process. Dread it. Run from it. It arrives all the same.

I spend my free periods in the college counseling commons with Mr. Fitzsimmons and Mr. Shoemaker along with groups of other seniors. However, there’s now a new group joining us: the juniors, and with them, their parents.

For the majority of Jesuit students, college is the next step in their life. That’s for the most part parents’ reason for bringing their children to Jesuit College Prep in the first place: it’s in the name after all. It’s a big step, so how can we make it easier?

Achieving the appropriate grades and honors is only half the battle in getting into the college of your dreams. The other half? Finding it. In my junior and senior year, I visited 12 colleges and applied to over 20 trying to find the perfect college for me. I’m sure many will agree that this is overkill, but nonetheless, my travels provided insight into the world of college, especially their campuses.

Statistics and rankings can only tell you so much about a school, and if I only had them to rely on, I know I would’ve picked the wrong school for me. Take Cornell for example, an Ivy League that was featured as #17 in US News 2022 edition of Best Colleges. On top of this, it’s an R1 school (R as in research, the equivalent of a D1 ranking in sports) and simply the name of Cornell will carry a lot of weight in jobs and institutions alike.

However, there’s more to it than meets the eye. If you like going into the city at nights or weekends to hang out with friends, I can’t recommend Cornell to you. It’s not the easiest drive to make to the nearest downtown. Also being 2-3 hours from the nearest major airport (Buffalo or Syracuse). I also hope you don’t have agoraphobia because Cornell’s campus is specifically built to enjoy the beauty of Ithaca. While it does accomplish that, walking from one building to another takes more time than you think.

On the polar opposite end of the spectrum, Boston University is so integrated into the city that it’s commonplace to walk across busy streets getting from dorm to lecture. At least there’s no problem with wondering what to do each day, you’re only a walking distance away from… anything really.

And in my opinion, this should be your first step in narrowing down your college list. Prestige should come later, because if you look hard enough, there will be a prestigious college with your specifications waiting for you at the end if you so desire. Focus on weeding out colleges based on more broad topics. Like location, class size, a religious affiliation, etc. Mr. Shoemaker and/or Mr. Fitzsimmons will certainly help you with this part. However, it never hurts to get a head start. Better to find out your preferences sooner rather than later.

Personally, I ended up going to a college that I had never heard of before visiting it. While its name may be ubiquitous in the north or in medical circles, many people in the south have never heard of Case Western Reserve University (Cleveland, Ohio).

Going into the college process, I thought I knew my preferences. Big school. Lots of nature. High prestige. Out of state. Outside the city. While I kept some of these preferences, schools with a large class size and nature were the first to be thrown out the window. Visiting schools like UNT, Baylor, and Syracuse felt overwhelming due to the high density of people and quickly learned that type of school wasn’t for me. The same goes for nature: it can only be so beautiful and peaceful before realizing that you wish that there was something else to do on campus, or at least near campus.

And I’m sure many incoming seniors will face the same issues I had. It can be difficult to know what you want before ever actually experiencing it, and when that might be where you live for the next 4+years? It’s worth taking at least a couple minutes to think about. The most prestigious school you get into is likely to not have everything you want, and a good education does not always equate to a good campus. Compromises on what you find important and can achieve, and what your parents find important more likely than not, are the majority of what will be talked about between counselors and family.

One of the many actions that our college counselors will do to help is something they call “The Game”. The Game is ranking 12 categories of important college attributes ranging from location, academic, prestige, size of the college, public or private, religious affiliation, etc. Every family member is likely to have a differing opinion on at least one category and that’s where The Game helps: facilitating the discussion needed to explain both sides of the argument. Without it, neither side might know what or why it’s so important for religious affiliation (for example) to be a part of the college experience.

The way to “play The Game” is cutting out each of the 12 categories and putting them in numerical order, 1-12, explaining to your family why #1 is where it is, and continuing until #12. While it can be awkward seeing the other side’s subtle head nods and shakes as you explain, it’s important to realize that everyone wants what’s best for the next 4+ years. Then, the other side can give their ranking and reasoning, explaining why category X is actually more important than Category Y, not the other way around. These differences create the discussion necessary for compromise, eventually (hopefully) agreeing on terms acceptable for both parties.

The Game helped my family in the exact way described. My parents wanted a school whose name carried a lot of weight, no matter where I ended up looking for a job, while I didn’t care that much about it. They also wanted a school with a small graduating class, as well as a small student to teacher ratio (which is also why I went to Jesuit instead of Allen High School, where the graduating class is bigger than our entire school). While Case Western Reserve University is a prestigious school, I think everyone will agree it’s not on the same level of name recognition as any Ivy school. However, my parents were still fine with it because it has a smaller graduating class than many other colleges and universities, a compromise because I liked the Case Western Reserve campus so much (a good mix of city, nature, and college campus).

Figuring out preferences is the first step towards college success, it’s difficult to do well in college when you don’t enjoy it in the first place. Whether it’s private or public, in or out of state, small or big, I’m sure everyone will find the college of their dreams with the help of our college counselors. Be sure to take advantage of all the tools Jesuit can provide you and think about visiting a couple colleges nearby to get a feeling of what life on the campus would really be like.