More
JesuitRoundup.org is brought to you by:
The Ashmore Family
Series Dallas Sports The Playoff Struggles of the Texas Rangers
Facebook
Twitter
Email
Print 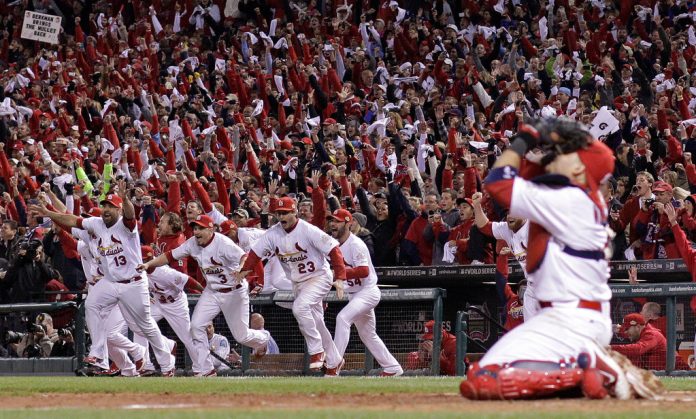 This article is the final installment in a series titled “The Plight of Dallas Sports Teams Since 2000,” in which I take a look at each of the four major Dallas sports teams and reflect on their playoff struggles, ultimately investigating the causes of their woes.

With the other Dallas sports teams, including the Mavs, Stars, and Cowboys, the playoffs were not completely unknown to them, however their success in the playoffs was few and far between. However, with the Texas Rangers, the team has a storied history of not making the playoffs, and when they did, they lost when it mattered most. After moving to Arlington from Washington in 1972, the Rangers have only made the playoffs eight times in their 40+ year history. In fact, they are one of just eight teams to have never won the World Series. While the Rangers won a couple Division titles in the 1990s and lost in the first round of the playoffs, it’s been a very bumpy road since then. Here’s a closer look at the last sixteen years of the Texas Rangers’ playoff history.

The first decade of the new millenium did not see the Rangers make a postseason appearance, largely due to rebuilding after the success of the late 90’s team. In the first couple years (2000-2003), Ranger fans had strong hopes for a playoff run when Alex Rodriguez was traded to the team from the Seattle Mariners. Although Rodriguez won the league MVP Award in 2003, the Rangers could not support him, finishing in last place through 2003, trading Rodriguez to the Yankees after the season.

For the next three years, the Rangers continued their struggle to make the playoffs, this time finishing in 3rd place all three years in the AL West despite promising young talent such as Mark Texiera, Michael Young, and Hank Blalock. At the end of the 2006 season, manager Buck Showalter was fired, and new manager Ron Washington was brought in to help the struggling Rangers. However, in his first year, the Rangers sunk back to a last place finish in 2007, and the team was looking for answers as to how to get out of their slump.

In 2008 and 2009, things began to turn around. New talent such as Ian Kinsler, Elvis Andrus and Josh Hamilton combined with veterans like Michael Young and Nelson Cruz helped the Rangers to a second place finish in the AL West for the first time in nearly ten years. However, because of the tough competition in the MLB, the Rangers yet again missed the playoffs. That being said, however, things were beginning to fall into place for the team, and they were poised to make a splash in the next year.

Up first was the Tampa Bay Devil Rays in the American League Division Series. Both teams traded wins and losses until it came down to the decisive Game 5. While Ranger fans held their breath, ace Cliff Lee swooped in and took care of the Rays, giving the Rangers a 5-1 win and a 3-2 series win, advancing to the American League Championship Series for the first time ever.

In the 2010 World Series, the Rangers faced the San Francisco Giants and their ace Tim Lincecum. Simply put, the Rangers never had a chance. They were able to win Game 3 at home, but they were overpowered by an incredible Giants pitching staff and lost the series 4-1. It was an embarrassment to the club, but for the fans, it was frustration that set in after years and years of rebuilding especially after a seemingly magical season. However, they were grateful they had made it that far and looked to the next season to take it a step further.

Sure enough, in the 2011 season, the Rangers were back for revenge. This club was arguably the best ever in club history, winning a franchise-record 96 games. With a year’s worth of postseason experience under their belt, the Rangers had more confidence than ever heading into the ALDS.

Once again the Rangers faced the Devil Rays, but Tampa was no match for the boys from Arlington, as the Rangers won three straight games to win the series 3-1. This team wasn’t about to have their best season ever end in a first-round loss. In the second round, the ALCS, the Rangers faced the Detroit Tigers with their ace Justin Verlander looming over the Rangers. The two teams traded wins back and forth, including two clutch Ranger wins in extra innings, until it came down to game 6, in which the Rangers showed their prowess by annihilating the Tigers 15-5 to win the ALCS. This series win sent the Rangers to their second consecutive World Series appearance.

Out for revenge, the only team standing between the Rangers and their first World Series win was the St. Louis Cardinals, chock full of incredible talent such as Albert Pujols and pitcher Chris Carpenter. The series was very exciting from a fan’s perspective, as the two teams once again traded wins and losses, until the Rangers won two games in a row to put them up 3-2 going into Game 6.

At this point, from a fan’s perspective, talking about Game 6 in the 2011 World Series has been forbidden, as it has been known to trigger night terrors in Ranger fans’ dreams, mostly featuring David Freese. This is because in the bottom of the ninth inning, Neftali Feliz stood on the mound for the Rangers with a two-run lead and only one strike away from a World Series. What happened next still causes Ranger fans to cringe when they see replays on TV. David Freese, up to bat with 2 outs and the series on the line in the bottom of the 9th, hit a ball to the right field warning track, past Nelson Cruz. To this day, you can still hear Ranger fans saying that Cruz could’ve caught that ball (ring any bells, Dez?) but he didn’t and the game was tied up.

The Rangers took a commanding lead in the top of the 10th inning thanks to a Josh Hamilton home run, but the Cardinals came right back and tied it up again, thanks to a Lance Berkman RBI single on a 2-2, two out pitch (that would the second time Feliz was one strike away). Finally, in the 11th inning, David Freese became the hero again and the forever enemy of Ranger fans when he hit a solo, walk-off home run to win the game.

After that, any morale left in the Rangers’ clubhouse was gone, and they couldn’t muster enough confidence to win Game 7, losing two straight World Series.

After that, things just seemed to go downhill. In 2012, the Rangers lost the American League Wild Card game after finishing 2nd in the AL West. In 2013, the team missed the playoffs for the first time in four years, and in 2014, the team totally fell apart, finishing at 67-95, one of the worst records in the league.

This low finish meant it was time for Ron Washington to say goodbye, effectively resigning his position. The Rangers looked to new manager Jeff Banister to turn things around, and with the help of the Never Ever Quit campaign, Banister won the hearts of the club and its fans everywhere by leading the Rangers back to another AL West title and a playoff berth against the Toronto Blue Jays in 2015. In the ALDS, the Rangers took a commanding 2-0 lead, needing only one more game to finish off the Blue Jays and advance. However, in typical Rangers fashion, they lost the next three straight games, and therefore the series. This series would forever be remembered by a wild 7th inning featuring a fundamental error made by Elvis Andrus and a bat-flipping José Bautista home run to send the crowd into a frenzy. That game is right underneath Game 6 of the 2011 World Series in Ranger moments that the fans don’t discuss.

However, once again the Rangers bounced back again last year in 2016, firing up and finishing as one of the best teams in the MLB with a 95-67 record, signaling another AL West title and playoff berth. In the ALDS, the Rangers would once again meet the Blue Jays in a series talked about by both sides because of the incredible Game 5 from last year, and also because of a feud sparked by Roughned Odor punching Bautista in the face earlier in the season. Sadly, the Blue Jays shocked the league by sweeping the Rangers in three straight games, including the final game in extra innings.

Looking back on all these years of hardship and heartbreaking loss, Ranger fans continually  cry out “Why us?” to the baseball gods. This is because the playoff drought of the first ten years of the 2000s can be explained through a poor bullpen and a lack of an “ace” pitcher. But since 2010, I can’t really think of an explanation for why the Rangers would lose in the playoffs every year, other than simply bad luck. In 2010, you could say we were too inexperienced in the playoffs, but even the Giants had not been in the playoffs since 2003. The 2011 series against the Cardinals might be the most frustrating of all, because the Rangers were one strike away on at least two occasions, not to mention the controversy surrounding whether Cruz would’ve been able to catch Freese’s fly ball. Neftali Feliz was a great closer for the team, but now he’s forever shrouded in the embarrassment of giving up a World Series to a city who has stuck with the team through hell and high water.

Oh well, the good news is that the Rangers are a very resilient team and will bounce back. Who knows? Maybe they’ll win the 2017 World Series.