More
JesuitRoundup.org is brought to you by:
The Ashmore Family
Service Mission/Immersion Peru: A Humbling Experience
Facebook
Twitter
Email
Print 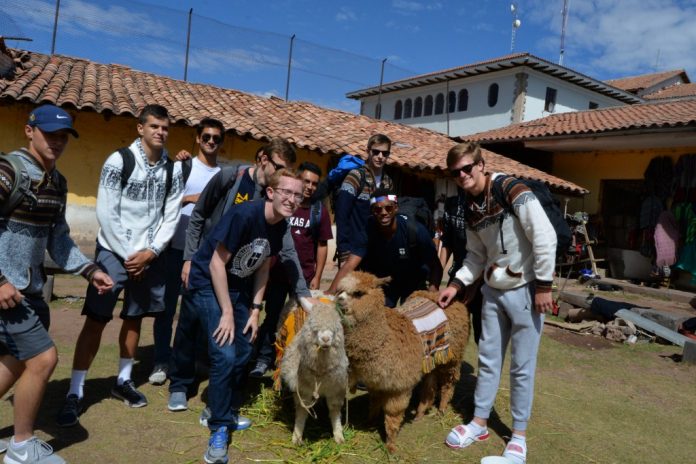 In a small town in southern Peru, a young Peruvian boy tugs on the shirt of a rising Jesuit Dallas senior, his eyes imploring the soon-to-be graduate to stay a few more minutes. The seemingly incredible divide between the two dissolves through a mutual desire to be with each other.

As a part of the many summer programs Jesuit offers, the Peru Immersion trip took ten rising seniors along with three staff members to the rural region of Cusco, Peru. Contrary to some of the other service opportunities, this trip, as the immersion title would suggest, aims to immerse the students into the lives of the Peruvians that they are teaching and assisting. 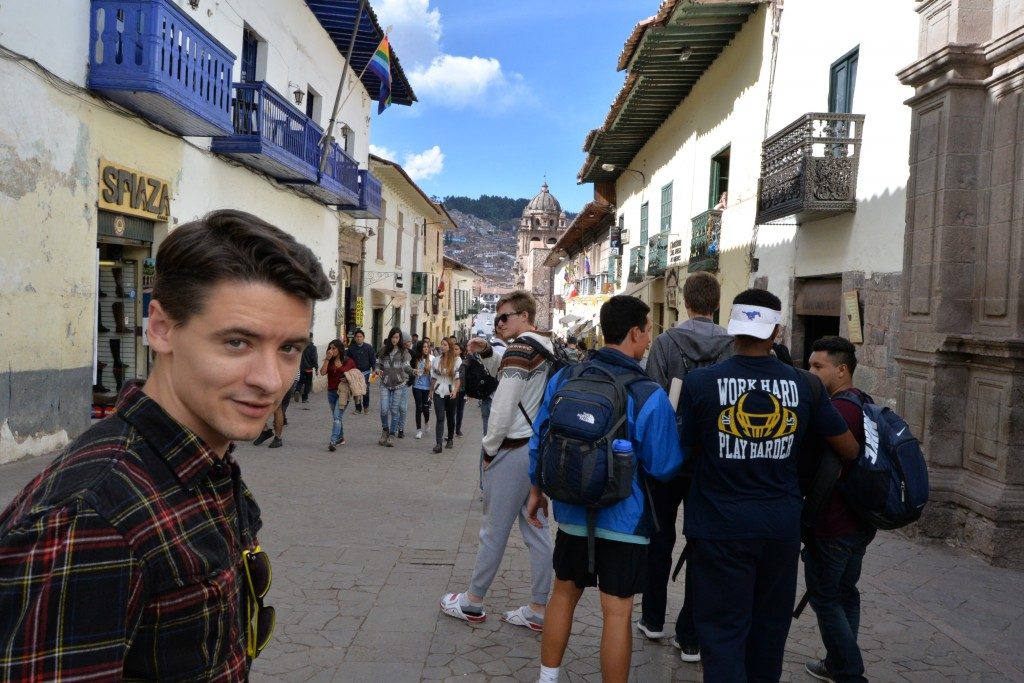 The leader of the trip, Mr. Riemer, commented on the “juxtaposition of the difficult conditions and western tourists,” as the area, although rural and poor, holds some of the most awe-inspiring archeological wonders in the world. The group of Jesuit students and faculty lodged in a 500 year-old parish in Andahuaylas, Peru. The seven-day program focuses on outreach to the local community with a focus on the youth in the area, who sometimes have to hike as much as three hours through the mountains to get to school. The seniors would entertain them by playing games, sports, and enjoying each other’s company. In addition to playing with the children, the students also taught gym and theology at a local elementary school, and catechism classes to smaller communities which were on the outskirts of Andahuaylas. To round out the trip, the immersed men toured the sacred valley in Peru so that they could witness the spectacular Incan ruins.

The experience was different for each student: Evan Jackson ’17 said the trip “was different than [he] was expecting,” reflecting on the difficulty of “stepping outside [his] comfort zone.” He continued, “Seeing the joy on the little kids faces…makes the service even more enjoyable.” The conditions the students were living in were largely different than their Texas homes. For example, after a 40-degree evening, Jackson “discovered that [he] liked the heat.” Moreover, the senior “recommends the trip with caution” and advises that you know what the trip is about before you commit to traveling all the way to Peru; however, he still said that the trip was a worthwhile experience because of the “beautiful country” and the children, who requested autographs before the Jesuit students and faculty left Peru. 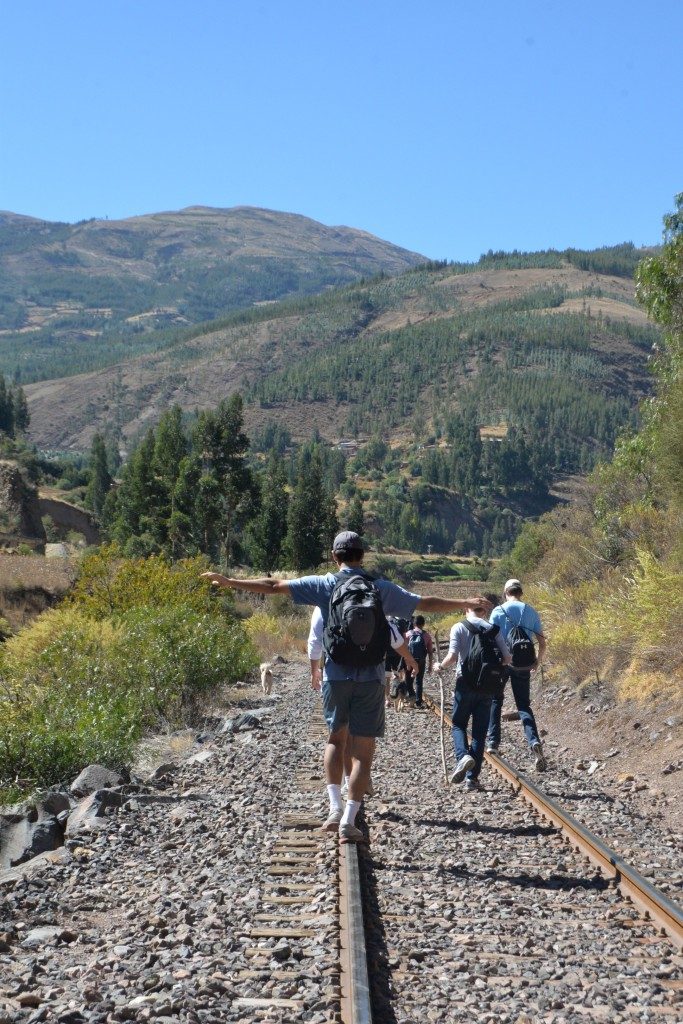 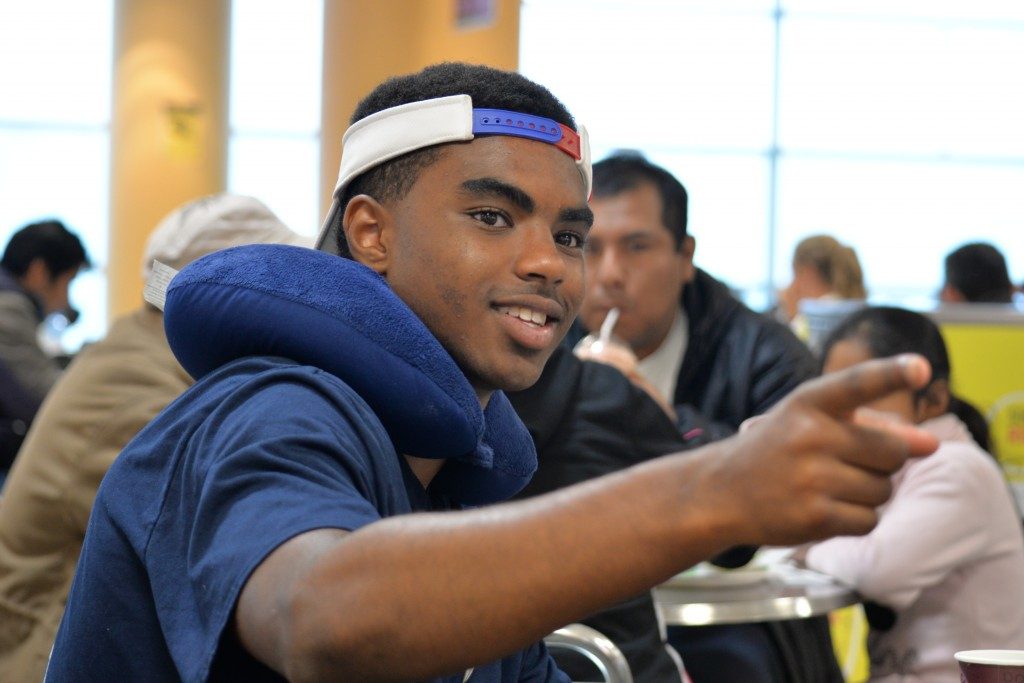 Another senior who took part in the trip, J.T. Mix ’17, reflected on a particularity impactful interaction with an 8 year-old Peruvian boy named Michel, who “just started out playing soccer.” Their admiration for soccer caused Mix and Michel to “[stick] together and [bond] even though [they] spoke two different languages.” And although they had to part, Mix said that he “will always remember [Michel’s] big smile from just kicking the soccer ball around.” Despite taking three years of Spanish, Mix admitted that “It was a lot different to be thrown into an environment where that’s the only way to communicate.” He concluded by saying “The most gratifying experience was definitely the reactions that the kids…had when we interacted with them,” “the smiles on their faces…always something I will remember and be grateful for.”

The Immersion trip to Peru, though not without its hardships, is a deeply rewarding experience. Not only to be in the presence of beautiful scenery and nature but also to be the in the presence of Peruvians and their culture is sure to be an incredible journey, and anyone considering a summer trip should definitely consider traveling to Peru. 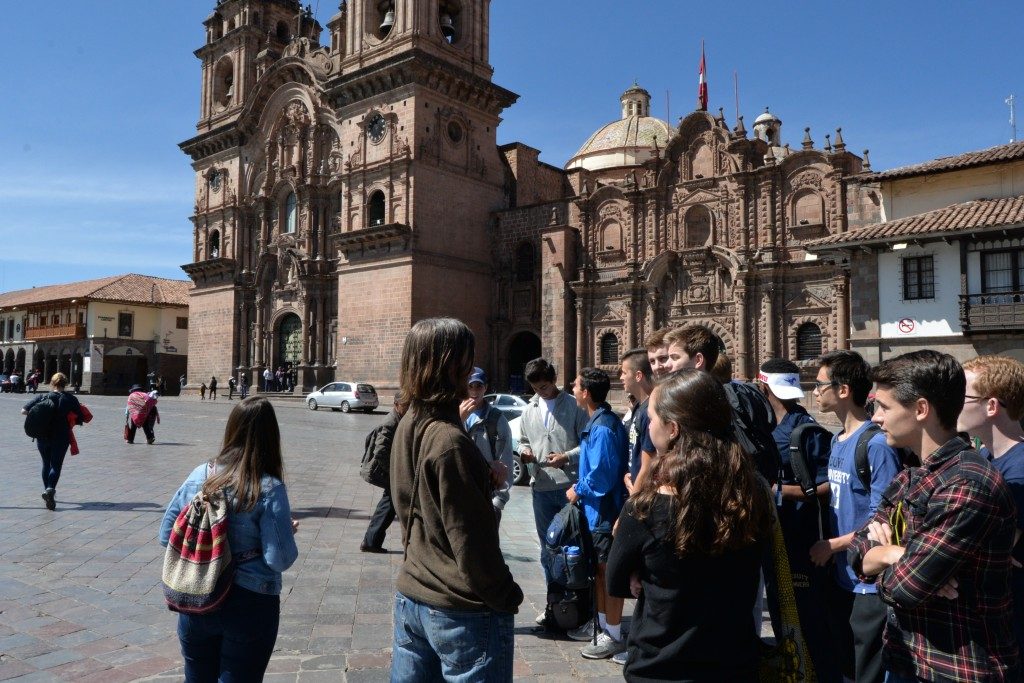