Sunday morning: A young student wakes up at 6 am in a country on the opposite continent of his home. Along with the fourteen other young men, he travels on public transportation crowded with local citizens of all ages. Once they get off the bus, they began the long walk up an incline a couple hundred yards long to get to their assigned work project. At the end of the long walk, they come to the framework of a house, overlooking an astounding mountain range and beautiful city. As they toiled away, the fifteen boys began to realize the spiritual fulfillment and humility of working together to help someone who is marginalized.

From July 1st to the 11th, fifteen Jesuit students and five faculty members traveled to Quito, Ecuador as part of the Jesuit Summer Service/Immersion Trip Program. Led by Mr. Matt DuRoss ’05, the students embarked on a journey where they experienced the culture and sights of Quito, and also worked with a local educational center. The myriad of experiences in the trip taught the students valuable lessons about service, humility, and broadening one’s worldview.

Trip coordinator Mr. Matt DuRoss ’05 explains why he decided to facilitate the trip to Quito, noting, “I went down there in college when I was at Loyola Marymount Univerisity and I had an incredible experience there and fell in love with the Center, the kids, and what they [the volunteers] were doing and I thought that Dallas could definitely benefit from the same type of experience.”

As mentioned earlier, the students and faculty stayed at a local volunteer-based educational facility called the Working Boys’ Center. The goal of the center is to educate local children and families and help them become successful later on in life by not only teaching them academics and trades, but also helping them in their personal and religious formation. In fact, the Center has ten core values: Loyalty, Personal Formation, Family, Religion, Education, Health, Work, Recreation, Economy, and Housing. Interestingly enough, many of these core values are very similar to the Profile of the Graduate at Graduation.

The program was originally started by a Jesuit priest and a nun in an attic of the Compañia de Jesús cathedral in 1967 after the priest, named Father Father John Halligan, S.J., more commonly known as “Padre” to the children, wanted to get children working as shoeshiners off the streets and educate them to become successful people with good jobs. Now, there are three Working Boys’ Centers in Quito with hundreds of families enrolled in the program, giving second chances to many children and adults in life.

The students spent much of the first day learning about the history of the Center and getting accustomed to life in Quito, which included getting used to living at almost ten thousand feet above sea level. (Dallas, by comparison, is only about four hundred feet above sea level.) However, on Sunday, the students awoke bright and early to partake in a service project called a “minga.” Every family enrolled in the Center agrees to take part in a minga every Sunday as a way to give back to the community. For the Jesuit group, they traveled across the city on public buses and up long inclines to work on a home that was being built. The group split up to take on two tasks: digging a twelve foot hole in the ground for a septic tank, and leveling out some ground so concrete could be poured. The hard manual labor was a start contrast to the events of the day before, causing many students to become very fatigued, especially at the higher altitude. However, the spectacular view from the home over the city of Quito inspired the group to work together to finish the project.

The students spent a large portion of their time at the Center, engaging with the children through various ways. Some attempted to speak Spanish with the children, creating some smiles and giggles when the Jesuit students fumbled their way through a sentence in Spanish. However, the students bonded with the children mostly through daily soccer games. Miles Okamoto ’17, a student on the trip, explained how the game of soccer can bond people together even without the need for communication: “Soccer is a good example of this because even though not everyone spoke Spanish well enough to carry a conversation, the universality of the game allowed our entire group to interact with the kids in a way that transcended any language or cultural barriers.”

At the Center, the Jesuit students also had the opportunity to partake in some of the trade classes that are part of the children’s education. The Center prides itself in not only teaching the children school subjects like math and science but also teaching them trades, so when they graduate they can find a job and have financial stability. Essentially, by having the children work in a healthy environment with teachers that help the children learn their trade as part of their formal education, the Center is “pro-child labor.” Jesuit students sat in on trade classes that ranged from cooking to automechanics to woodworking and much more.

On Tuesday, the group visited two world-famous cathedrals in downtown Quito. One was the Basílica del Voto Nacional, a grey, neo-Gothic cathedral that featured multiple balconies that offered jaw-dropping views of Quito and an amazing circular stained glass window. The other was the aformentioned Compañia de Jesús, another large cathedral, decked out with gold leaf on the inside – a truly stunning sight.

The last couple days featured the students engaging in some Ecuadorean cultural trips and experiences. For instance, the group visited the Teleférico, which is a gondola ride that takes you to the top of a mountain for some more unbelievable views. The students and faculty even hiked two kilometers, an experience that bonded the group together due to the support from everyone to keep going despite the fatigue that set in because of the higher altitude of 14,000 feet.

The students also made a two hour bus trip to Mindo, which is known as a cloud forest, similar to a rainforest. To get there, they had to take a short ride across a zip line, overlooking the entire forest high above the ground. They spent the day hiking around the forest surrounded by lush, green plants and visited many different waterfalls, enjoying themselves as they swam in the near-freezing water.

On Saturday, the group made a trip up north to a local market called Otavalo, featuring clothing made from the indigenous people in Ecuador. The students had fun shopping and bargaining with the salespeople, and it allowed for them to come home with some great souvenirs.

On the last day, Sunday, the group made one final stop at the Equator to take some photos and take part in some tests on the Equator line, such as walking in a straight line with eyes closed, and testing the direction of water going down a drain. Then they tasted the local cuisine by eating guinea pig, a fun experience to mark the end an unforgettable trip.

Overall, the Ecuador trip was a very humbling and rewarding experience for those who attended. Mr. Tim Murphy ’06, one of the faculty members who went, noted that “the Center’s mission was incredible. The fact that they have gotten over 5,000 families out of poverty into middle-class living is incredible. I think that if you’re going to make a change in somebody’s life, the change does start from home, and so the fact that they put so much thought and care in that aspect, you really do see change happen because of that.”

Okamoto agreed, commenting that “what impacted me most about the trip was the courage and determination of Padre and Madre to found the Center and dedicate their lives to running and building it up from a few people in a church attic to a sizeable community that helps hundreds of kids establish a better future for themselves and their families. When I saw and heard about some of the terrible living conditions that many people in Quito live in, and saw the difference that becoming part of the community of the Center could make in so many peoples’ lives, it was inspiring and encouraging to see how Padre and Madre, equipped only with a desire to serve the people who needed it most, could have such an impact on so many people.”

Jake Hessong ’17 continued the theme of watching the children’s joy by saying that “what really struck me from playing with the kids and seeing them work was how genuinely happy they were. In spite of them being less fortunate than us, they seemed to truly appreciate what they had and always had a positive attitude with them.”

Lastly, Mr. DuRoss noted, “Bumping…it [the number of students allowed on the trip] up to fifteen guys created a more interesting group dynamic and allowed for some very profound spiritual reflections at the end of the night.”

If you are interested in participating in next year’s trip, contact Mr. DuRoss or Mr. Rich Perry.

For more information on the Working Boys’ Center, please visit their website: http://www.c4wf.org 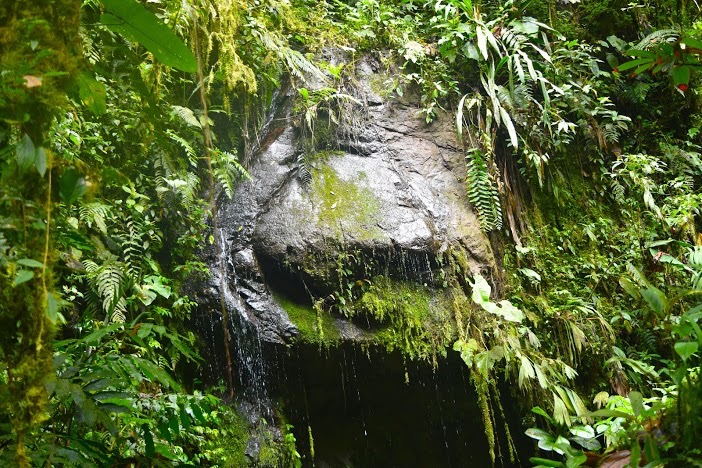