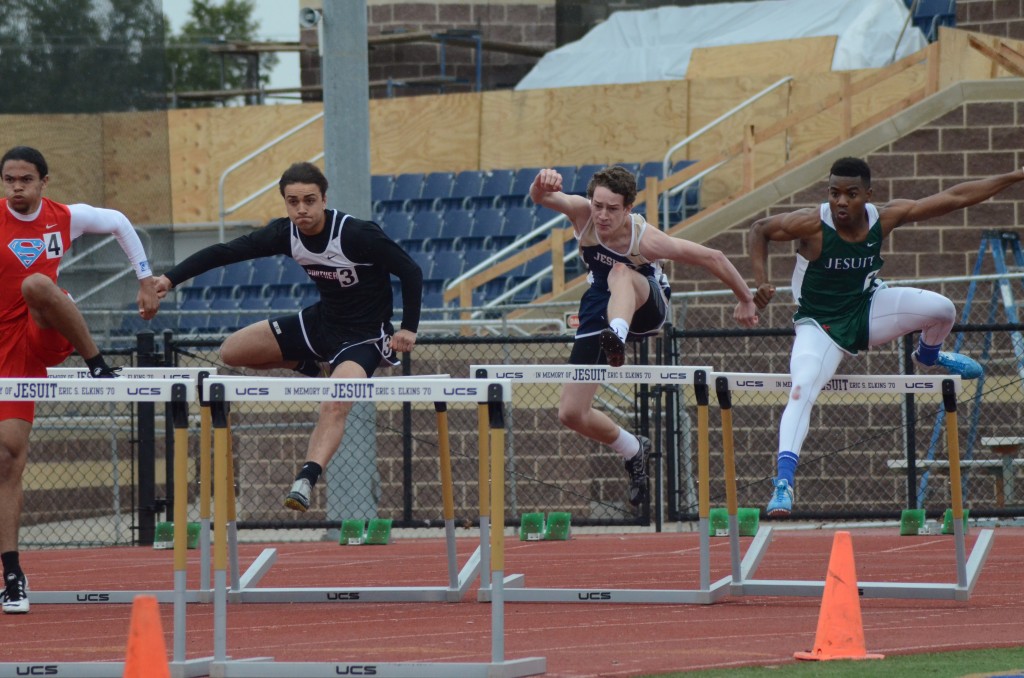 Returning home from the Texas A&M Invitational, Coach Doug Robinson and the Jesuit Track and Field Team experienced a roller coaster of a season. After participating in the Trojan Invitational and the Texas Tech Indoor Meet, the athletes received an unexpected respite in March as two meets were cancelled due to snow: the Coppell and Plano Invitationals.

However, the athletes performed well in their limited opportunities, gaining experience and facing competition necessary for the rest of the season. The Rangers placed fourth in varsity and sixth in junior varsity at the Trojan Invitational, while only three pole vaulters participated in the Texas Tech Indoor Meet.

The Trojan Invitational highlighted the team’s strengths: the throwers and the long distance runners. In the meet, Nmesoma Nwafor ‘15 placed second and third in 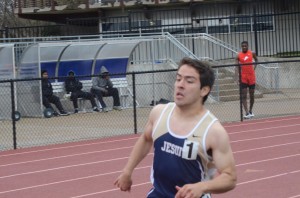 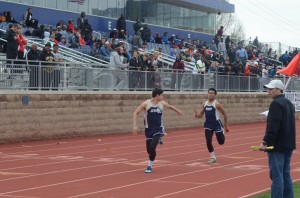 Thrilled with his performance, Rodriguez claimed that the meet provided “good competition for the first meet of the year.” He also described the training routine that led to the throwers’ success: “As the week starts, we begin with a couple hard days, which consist of forty to fifty throws. As the week goes on, we throw less and focus more on stretching.”

The distance crew matched the throwers’ performances with additional solid performances. Connor O’Neill ‘17 led the way, placing first in the mile, followed by John Garvey ’16, who placed fourth. Next, in the two mile race, O’Neill almost matched his previous performance, coming in second place by only two seconds.

Ryan Macalanda ’18 started his Jesuit career off with a bang, taking first place in the junior varsity 100m dash with a time of 11.34 seconds. This time topped the times of all three varsity sprinters who ran the same race.

Finally, the team also demonstrated its strength in the hurdles category. In the 110m hurdle race, Matt Helm ’15 and Joey Parks ’16 placed fifth and tenth respectively. These results were topped, however, in the 300m hurdle race, where Helm placed first, Ethan Brownlee ’16 placed third, and Parks placed fifth.

On a different note, Esteban Garcia ’16 suffered an unfortunate injury to his hamstring in the 4x100m relay, pulling up during the middle of the race. Fortunately, Garcia should be back in time for the district meet.

On the same weekend, Coach Bill Henly and three pole vaulters, Dan Carver ’15, Jack Whelan ’16, and Jake Elrod ’18, traveled to Texas Tech to compete in a highly competitive indoor meet. While none of the vaulters placed, they all performed well. Carver vaulted 13 feet and six inches, while Whelan cleared twelve feet, and Elrod cleared ten feet and six inches. 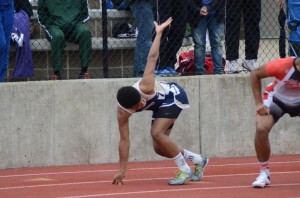 Whelan first recounted how “the competition was really, really tough.” However, he ensured that “overall, it was pretty fun. It was a good trip,” adding that “it was kind of cool how many people were there.”

Coach Robinson added insight on his team’s performance: “The Trojan Invitational provided a glimpse of early season conditioning and skills progression. There were some nice performances in the throws and distance events, but overall, we came away with the thought that we still have a lot of work ahead.”

Finally, he commented on the two meet cancellations, saying, “This delayed our progress, as well as everyone else’s. So from that perspective, I told our guys that every team was facing the same situation. Stay focused. Be patient. It’s a long season. We will be ready by District when it really counts.”

The team certainly took this message to heart and trained even harder in preparation for the District meet.