More
JesuitRoundup.org is brought to you by:
Home Sports Crew Crew Team Takes Gold At Regionals 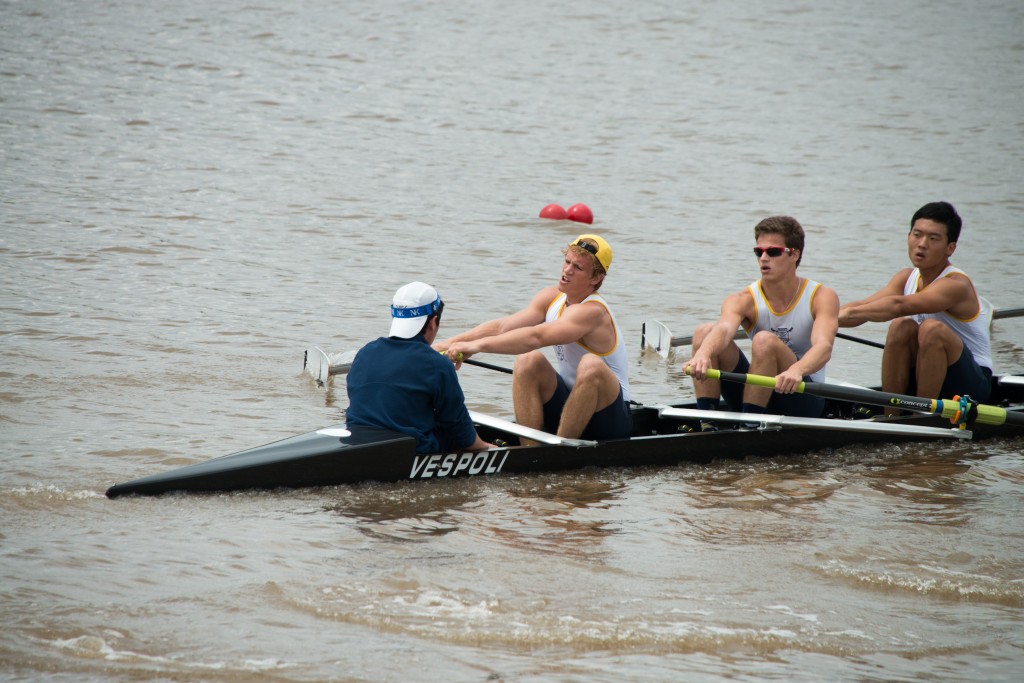 Over the weekend of May 12-13, the Jesuit Crew Team trekked all the way up to Oklahoma City, Oklahoma, for the Central 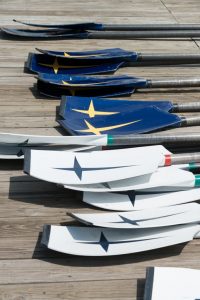 Much was at stake for the Jesuit Crew team and competing schools, as the eventual champions would have the opportunity to race at the US Rowing National Youth Championship in June. But the Ranger Rowers felt no pressure, and they just did what they always do: row like their lives depended on it.

As usual, the Rangers arrived in Oklahoma the day before the event started in order to ready their boats and complete a quick practice session on the Oklahoma River. Then, the bus took them back to their hotel for a team dinner. “Repetition is key to our success. We always do the same thing before every meet so that nothing can distract us from the ultimate goal of a championship,” said Luke Uetrecht’13.

The next day, eager to escape the cramped hotel at which they were staying, the Crew team paddled off into a great start in the preliminary heats.  The team advanced from the preliminary heats into the finals in every competition they participated in. Even more of an amazing feat, the team medaled in almost every single one of these events, including the Varsity 4, the Light 8, the Light 4, and the Novice 4.

Then, it was time for the last competition of the day, the Varsity 8, a race which typically lasts between six and seven minutes. With eight rowers and a coxswain in the boat, this 2000 meter race tests every fiber and bone within a person’s body.  Rowing as hard as they could, the Rangers paddled across the finish line for the gold medal. According to Alex Gesalman’13, “It really took the combined effort of all involved to earn gold. We had to dig deep down for that extra push. I’m really proud of the way we competed.”

Although the Ranger Crew team took gold in the Varsity 8, a different competition stole the spotlight, raising many eyebrows among the spectators. Considered an underdog to OKC Riversport from the start in the JV 8, the Junior Varsity Ranger Crew Team shocked quite a few people.

After having lost multiple times throughout the spring to Riversport and trailing at the halfway mark, the Rangers JV 8 made their move, gained momentum, and never looked back, taking the gold prize. For Head Coach John Fife, “it was the highlight of the weekend.  Those guys have worked really hard all year long and often get outshined by the varsity 8, but at Regionals they really impressed me.”

Combining the two gold medals with the other four medals, the Jesuit Crew Team not only won the Regional Championship,

but also qualified in the Varsity 8 and Lightweight 4 to advance to the National Championships, which will take place the weekend of June 8-10 in Oak Ridge, Tennessee. In preparation for this event, “the team will continue to practice at White Rock Lake six days a week and will refine the line-ups for the boats, so that we can have the greatest chance at winning,” said Austin Huth’13. Let’s hope they continue their winning traditions.