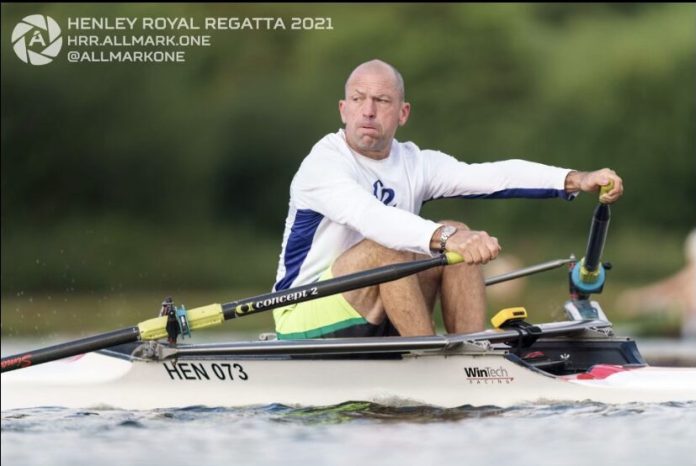 At the beginning of the school year, Coach Troy Howell, a rower with over 30 years of experience, was selected to Coach Jesuit’s Crew team. There are few with more than 30 years of experience in anything, and even fewer with such experience in the rowing world. I sat down with Coach Howell to discuss not only his past in rowing, but also his future with Jesuit Crew. Here is what he had to say:

How did you find out about Jesuit crew and what made you decide to help coach the team?
“We competed against Jesuit for a number of years while I was coaching at ESD. Nothing made me decide to help coach the team. When coach Dam decided to move on to Culver, essentially my phone blew up with Dallas people telling me that “‘Jesuit doesn’t have a coach. You’ve got to come coach Jesuit.”’ And my initial response to that was, well, no, I don’t, but I’m happy to talk to them. And so I started talking to coach Koch and Coach Mike Morschauser and other folks who knew about the vacancy. It just seemed like a comfortable and obvious move. I had nothing but positive experiences from the beginning of getting text messages about the vacancy.”

Can you speak about your experience in the sport of rowing?
“Rowing first caught my attention when the Olympics in Los Angeles were on television in the summer of 1984. I remember turning to my brother and saying “‘those boats are pretty cool.”’ The thought that those boats were pretty cool stuck with me. And when I was registering for classes at the University of Virginia in the fall of 1987, I happened to see a flyer lying on the ground that someone had dropped that said, come “join the crew, no experience necessary,” listing a date and time two or three weeks in the future. As for, you know, why have I stuck with it so long? Well, I haven’t found anything that excited me to the extent that rowing does, so I never left the boathouse after 1987. I’ve been continuously involved in the sport since the fall of 1987.”

What are your goals for the team this year?
“To make boats go fast.”

What was your inspiration to move to morning practices instead of afternoon practices?
“The worldwide phenomenon is that water tends to be calmer in the morning, and as much as I value the big wide openness of White Rock, and the fact that people who row on White Rock just sort of automatically learn how to deal with rough water, it’s nice to have calm water for coaching technical points. In my first conversation with coach Koch, he mentioned that school didn’t start until 8:50 and I thought, wow, that’s incredible. What an opportunity! And then he told me football did morning practice. I was like, okay, cool. We’re doing morning practice.”

Is there anything interesting about you that we don’t know about yet?
“For the last 10 years I’ve been the lead singer in a rock and roll band.”