More
JesuitRoundup.org is brought to you by:
Home Sports Baseball Baseball Field Reconstruction a Home Run 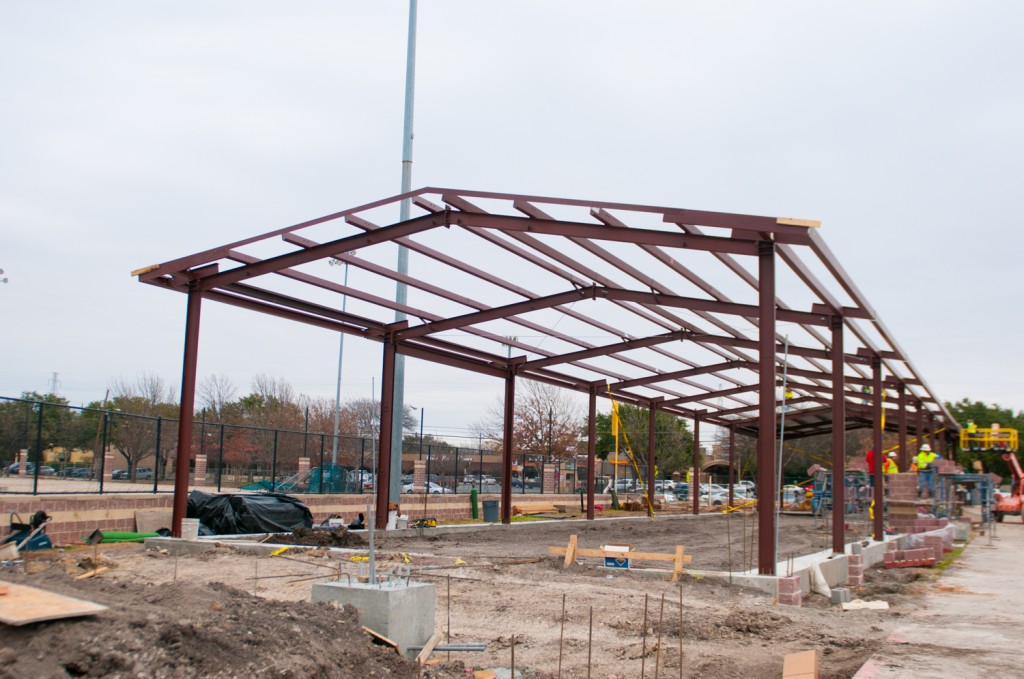 Jesuit believes that its students deserve the best facilities out there, which is why a new baseball field for the Jesuit Rangers baseball team, a team that is ranked 7th in the state 6A preseason rankings, is being built. The common misconception is that Jesuit spends all its time, money and focus on the Jesuit football team. The President of Jesuit, Mr. Mike Earsing, said, “People believe we spend all our time and money on Friday nights, but that doesn’t mean the other sports aren’t equally as important because they are.” 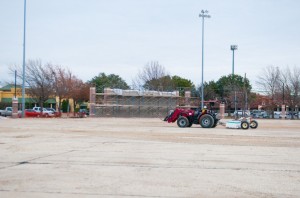 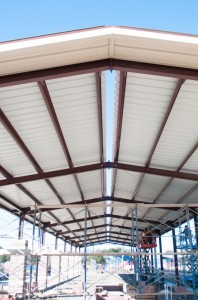 This new reconstruction is not only for the baseball players, but also for the baseball fans. In the new baseball stadium, there will be much more shade for all the fans, which will make watching the games more enjoyable and pleasant, and some more seating areas with tables and benches so that people can also picnic out there while watching the game. The new field will also include a new scoreboard that will have more helpful information on it like the pitch speed. Finally, the field will include brand new batting cages too. All of this should hopefully be finished by the beginning of the baseball season, even though reconstruction started a little after school began.
Pete Hamrick, a junior baseball player, said, “I’m very excited. The whole team has been anxious to get on it since the renovations started. Its kind of like waiting to open a Christmas present when you already know what it is but you aren’t allowed to use it yet.” He goes on by saying, “I’m really looking forward to the overall look of the field too. It’s going to be one of the nicest high school fields out there.”
Coach Jones, the head baseball coach, doesn’t mind not having a baseball field for the time being because he knows that the renovation of the entire complex “should make Jesuit have the best baseball stadium in the country.” In the mean time, he explained that the team is just practicing on the lower fields at Jesuit and practicing batting at the Sportsplex batting cage facilities. 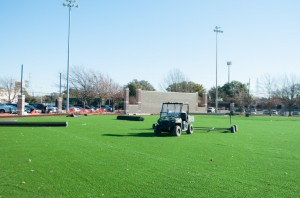 Kyle Muller, another junior baseball player, agrees with his teammates and coach that “this field will be better than any other high school’s in the area.” Kyle mentions how the field will be a little different though; for example, he explained that “the new turf might take a little time to adjust to because we aren’t sure yet if the ball skips or bounces higher than last years turf.” Commenting on the new turf mounds, he said, “I prefer dirt mounds, but I’ve pitched on turf mounds before and it wasn’t much different.” Kyle goes on by explaining that he thinks that this new stadium will not only attract more people to the games, but it will also attract more people to the school itself.
Mr. Earsing talks more about the baseball team, stating that he’s “very excited for the new baseball field because one of my dreams is to work on making our campus have more curb appeal because Jesuit students deserve having the nicest facilities.” He continued to compliment the Jesuit students by saying, “I want to make the school look like what we have is special because y’all are very special and what y’all do is phenomenal.” He also kept mentioning that none of this would have been possible without amazing donors like the Wright Family, in which the field is being named after.
Overall, this reconstruction should help Jesuit continue growing and becoming one of the best high schools in the whole country. Truly blessed, Jesuit students are very appreciative for renovations like these that really help boost their high school experience.