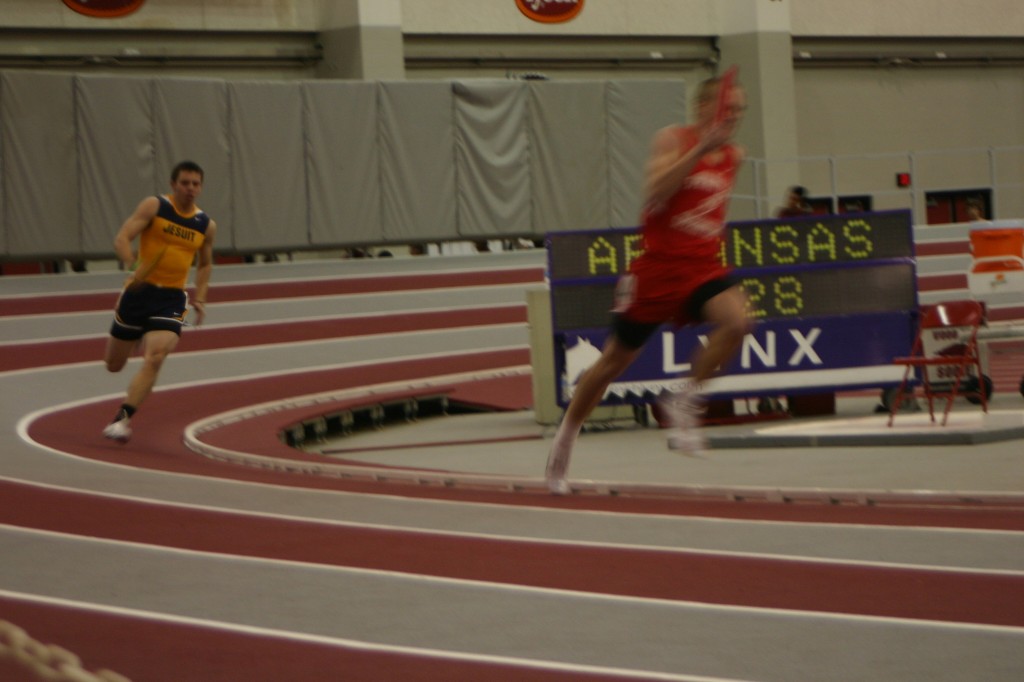 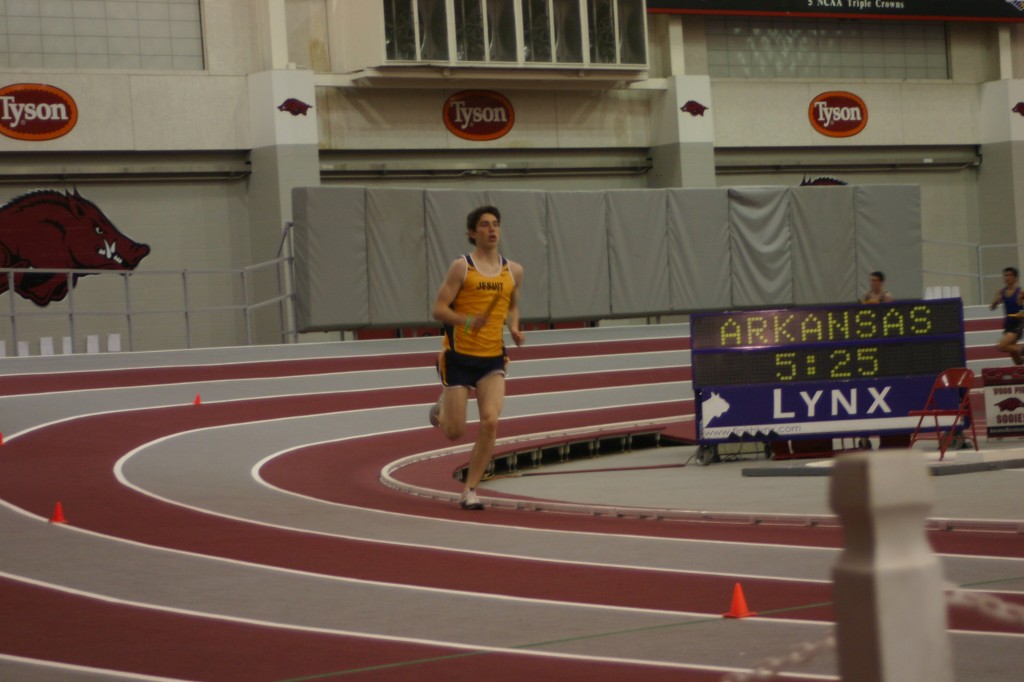 Last weekend, January 15th and 16th, 32 Jesuit track athletes competed at the University of Arkansas invitational track meet. This was the track team’s first meet of the season, and the performances by our dedicated athletes show that there are great things ahead. After a six hour ride, the bus pulled up to the indoor facility and the team had the opportunity to watch former Jesuit student Casey Wicker compete for the University of Texas in the pole vault. The high school competition took place the next morning. Athletes from around the nation came to compete at this famous indoor facility, including many who rank among the highest in the nation for their events. There were several notable performances by Jesuit. The 4×200 team, despite some rough baton exchanges, managed to break our school’s indoor record, running at 1:34.79. Finishing 6th overall, the team consisted of sophomore 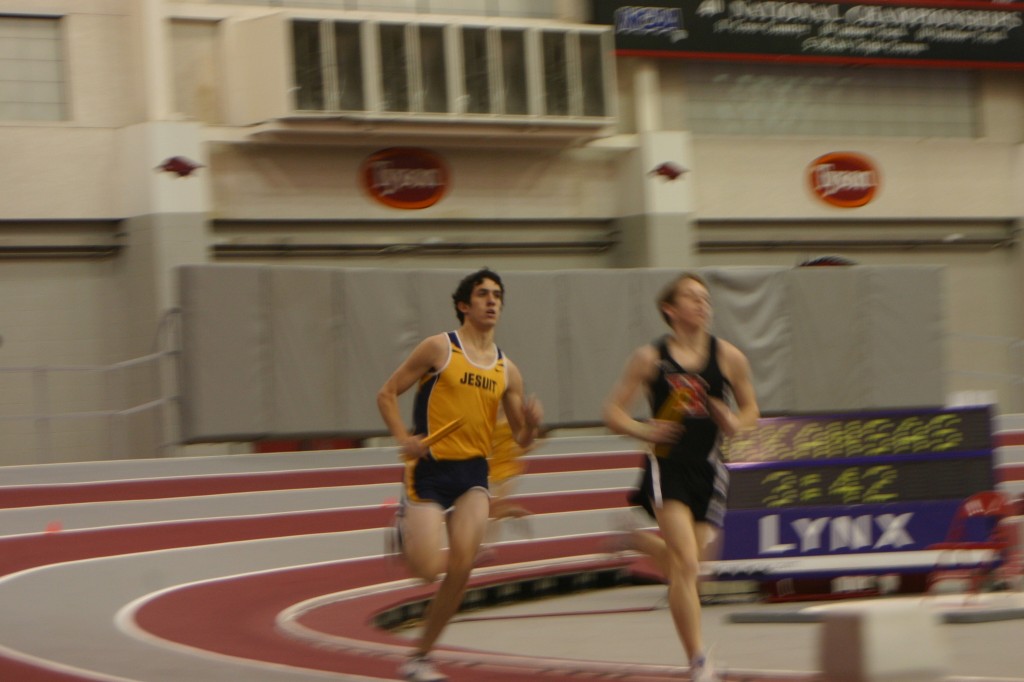 Devin Brown, juniors Christian Franz and Reagan McCreary, and senior Andrew Lambert. Franz, also a prized member of the Jesuit Ranger football team’s backfield, said afterward: “We saw some fast boys out there today. We ran hard and came away with a respectable finish, I feel like my teammates and I really gave it our all.” The 4×800 team, which included Ben Brownlee, Josh Segal, Andrew Pott and Andy McCall, also broke a Jesuit indoor record, running 8:36.42. We can look forward to a strong year for the 4×400 teams, as nine athletes ran the open 400 in under 54 seconds.  It is important to note that the Jesuit athletes, in this reporter’s opinion, competed better in many events than the Dallas Skyline 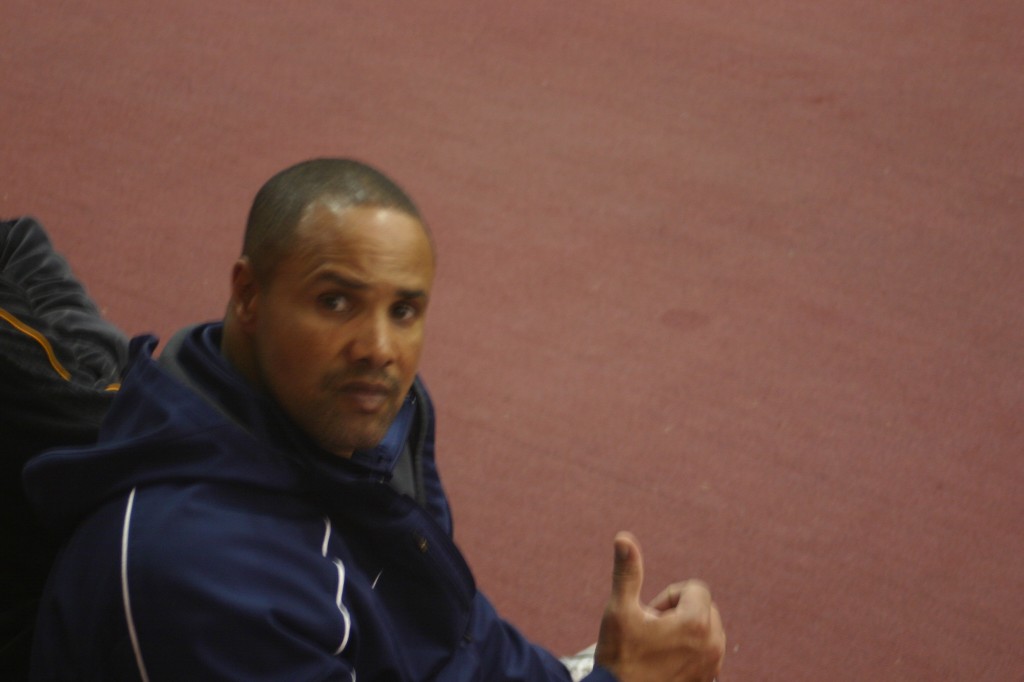 athletes, who have been deemed by many as our toughest competition in this new district. Coach Williams seemed to agree, stating with his trademark smile: “Man, our boys were lookin’ good out there, we were runnin’ fast.” After the terrific performances in this first meet, the track team has a lot to look forward to in the long season ahead.