More
JesuitRoundup.org is brought to you by:
Home Academics Science AP Physics Tries Something New! 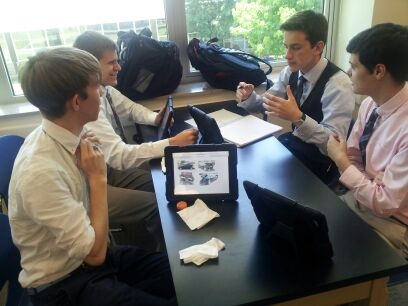 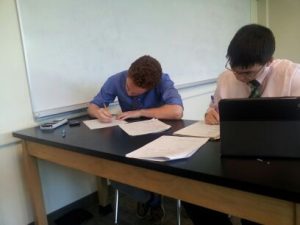 From making objects soar with catapults to raising flags with marbles, the physics programs at Jesuit have some pretty cool projects, and this year, for the first time ever, the AP Physics classes are trying a new kind of project, a mock trial. Students have been assigned roles such as jury, judge, plaintiff, and defendant, and over the course of the last few days of school, they will hold a trial for a hypothetical car crash. The students will have to determine the culpability of the drivers. There are extenuating circumstances, so the answer is not quite as obvious as “car 1 hit car 2 so that it’s car 1’s driver’s fault.”

In the last few years, the guys in AP Physics have built catapults and sundials as their project for the final unit test; however, this is a 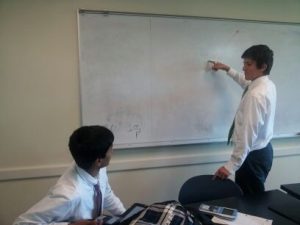 very busy time for many students as they prepare for their AP exams and finals. Because they don’t want to overload the students, the AP Physics teachers agreed that too much time goes into building these big projects, which is why they changed the project to one that does not require any building. Although the teachers don’t want it to be quite as time consuming, they hope that it still maintains the same rigor and teaches the students how physics can be applied in the real world.

Mrs. Julie Carver, teacher and co-chair of the science department, wanted to try something completely new, and she came up with this idea of a mock trial while working on a unit about accident forensics. “I thought it would be really neat if the students presented their findings in a trial format, so we were going to use the trial as their final,” mentioned Mrs. Carver. Once again, to try to alleviate the stress associated with finals and AP exams, the trials will not be held during finals week.

They’ll be using evidence from the accident, and they have to use all of the physics to prove or disprove liability, so they’re going to 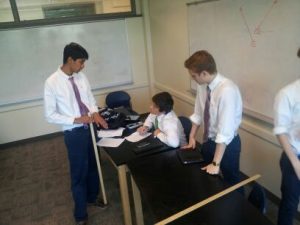 have to use the yaw of the vehicles, how much they’re spread apart, the crush zones, damage to the vehicles, posted speed limits, officer’s reports, etc. 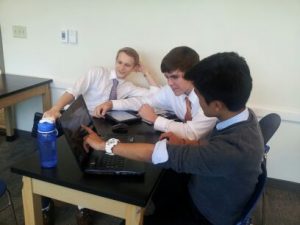 The plaintiff’s lawyers and the defense will have to interpret the data and utilize it to represent their clients while making sure not to violate any physics concepts. Each team will have opening statements in which they are allowed to use visual aids or accident reconstruction and closing statements. The judge and jury will analyze the clarity and validity of the arguments.

The students have been given ample materials to work with, including but not limited to crash reports from the drivers, police reports, details of the crash such as skid marks and dent sizes, car models, possible causes of the accident, the official traffic police investigator’s report for patrol officers, and an officer’s rendering of the accident. The students will use the information provided to make their calculations and draw their conclusions.

Although there is a clear answer in this trial as to whose fault the crash is, the students will not simply be graded on reaching this conclusion. They will be graded by whether they can properly assess the liability of the drivers, taking the extenuating circumstances into account such as weather conditions, the wetness of the pavement, and the incline.

Mrs. Carver says that she tried to set the project up so that it is not apparent whose fault the crash is based on the rules of the road, but rather based on physics concepts, so that the students have to make calculations to determine innocence and guilt.

The assignment looks as though it will prove to be a fun and interesting, yet challenging new project. Best of luck to the guys as they prepare.