More
JesuitRoundup.org is brought to you by:
Home News Service AIDS Service of Dallas and Don Maison 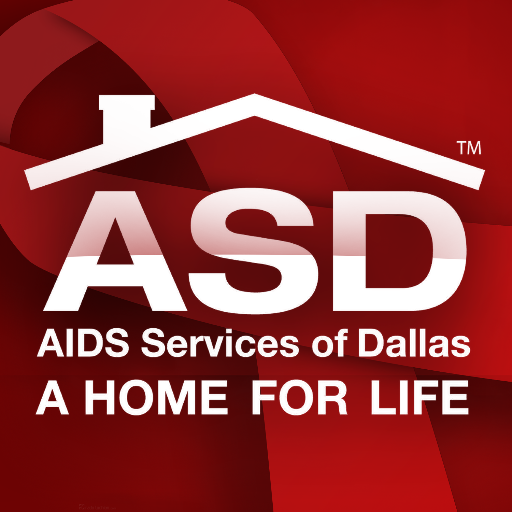 Rapid Weight Loss. Recurring Fever or Profuse Night Sweats. Extreme and Unexplained Tiredness. Prolonged swelling of the lymph glands in the armpits, neck, etc. Pneumonia. Memory loss, depression, and other neurological disorders. The list goes on and on. But what do these conditions have in common? These hindering symptoms, along with several others, are all things that someone can experience if they have AIDS. But exactly is AIDS?

To truly understand AIDS, you first have to understand how HIV works, or Human Immunodeficiency Virus. HIV  “attacks the body’s immune system, specifically the CD4 cells  (T cells), which help the immune system fight off infections”, according to the the Federal Government’s description of HIV. If HIV is left untreated, over time the amount of CD4 cells decrease drastically, making someone more susceptible to certain infections or infection-related cancers. Treatment for HIV is limited, with medicine called Antiretrovial Therapy, which when taken properly it can dramatically prolong the lives of people with HIV. HIV is acquired mainly through contact with body fluids, such as sexual activities, and has no cure for HIV, so once you have it, it’s with you for life. In the case that HIV is left untreated for a long time, it enters the final stage. The final stage of HIV occurs when your immune system is damaged so much, and you become vulnerable to opportunistic infections. Without treatment, people in the final stage typically survive about 3 years, as medical treatment is key. This final stage, called Acquired Immunodeficiency Syndrome (AIDS), is the type of state that many of the patients at AIDS Service of Dallas (ASD) are in, and the type of patients that Don Maison dedicated most of his life to serve.

Don Maison is the President and Chief Executive Officer of ASD, and has been a large advocate in the fight for better care and development of people with HIV/AIDS. ASD started in 1985 with two men who had AIDS, Daryl Moore and Michael Merdian, and formed the PWACD (People with AIDS Coalition of Dallas). It’s original goal was to provide people who have been discriminated or affected by the virus with job opportunities, but soon shifted its attention to housing. As Mr. Perry, the Community Service Director,  puts it, “Without proper housing, there is no treatment,” to be able to stay on top of someone’s progress, to provide them with proper medication, with food, with love. Over the next several years, PWACD bought and renovated housing facilities varying from 12-64 living-units, as well as facing many challenges regarding the discrimination of people with HIV/AIDS. PWACD continued to advance, rising from just 5 members in 1989 to more than 60 members currently, as well as changing from People with AIDS Coalition of Dallas to AIDS Service of Dallas. Original owners Moore and Merdian didn’t live long enough to see all the achievements, with Moore dying in 1988 by complications of AIDS followed by Merdian in 1993 under the same circumstances. Maison entered the spotlight in 1989, leaving his law career to use his skills for ASD. Since then, ASD has flourished, housing 225 men, women, and children in 152 bedrooms within 125 privately-configured apartments. Along with this, ASD also provides another accommodation that is key to supporting people inflicted with HIV/AIDS: Comprehensive Care. Comprehensive Care comes in the form of several different things, such as medical case management, transportation, food services, health care, case management, and volunteer support, to name a few.

One of the things that Maison also does is he goes around to Dallas and different areas to give lectures. Maison appeared at Jesuit on the 25th of February for a lunchtime seminar with the seniors, along with Helen. Helen is a grandmother who is HIV postitive, and has been affected with AIDS for a very long time.

“It was a phenomenal day,” claims Perry.

In their seminar, Maison talked about how to support people with HIV/AIDS  and HIV Housing, in correlation with Helen’s talk about what it’s really like to be HIV positive and how her life has affected things like her dreams, difficulties in a relationship, her family life, as well as the general medication and struggles that accompany HIV. Perry continues, saying “the goal of the day was accomplished … to realize that in our struggle, we are all human. That we need to listen to each other, and that HIV is not a disease that affects just one group of people. HIV/AIDS can affect various groups of people.”

While society continues to develop, so too does the prominence and crisis of HIV/AIDS continue to grow. HIV/AIDS needs to be recognized as a serious problem, and to continue and deepen the assistance for people living with the virus. It’s through the generous and altruistic actions of people like Don Maison and the ASD that people living with HIV/AIDS get proper attention and care. To realize that HIV/AIDS shouldn’t be something that is looked down upon, but to be understanding and supportive. But what is also important to realize is that, while HIV/AIDS can impact someone’s life greatly, it doesn’t mean that person isn’t a healthy, independent person. Take Helen for example, who even though she has had the virus for over 2 decades, still maintains a vibrant and radiant personality. Around the time of the Lunchtime Seminar, Helen recently had her birthday. Even though Helen has been inflicted with HIV/AIDS, she continues to be an active and loving person to her friends and people around her, and it’s by this example that shows the true impact that ASD has on people. HIV/AIDS, although a life-threatening virus that drastically changes the way you live, through proper treatment and care can be controlled, allows someone to live a longer, happier, and fuller life, achievements attained by dedicated and revered people like Don Maison.